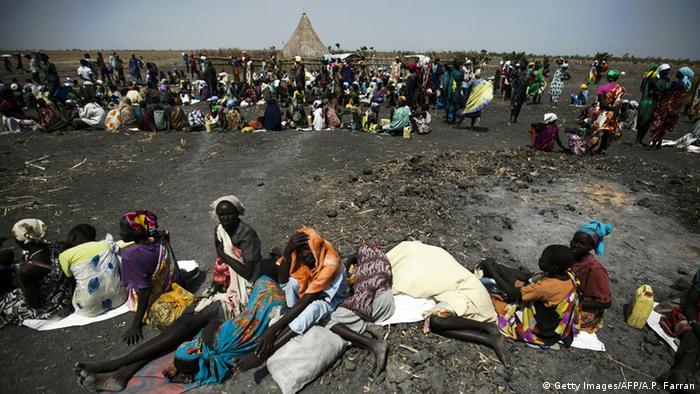 Waiting and hoping: People in need for food air-drops in Thonyor, South Sudan

The United Nations (UN) has accused South Sudan's government as well as forces loyal to Riek Machar to have blocked trucks from delivering relief supplies in various parts of the country.

According to the UN more than one million people in South Sudan are now in dire need of food. "There is a problem of access throughout the country and by all parties", said Ariane Quentier, UN's spokesperson in South Sudan.

The UN said they are having difficulties transporting basic amenities such as food and clean water to those trapped in areas still under fighting. According to Quentier, those people are desperate need of medical supplies as well. "Whatever vulnerable people need when they have been displaced - they are in need of humanitarian assistance and support," she added.

Deputy rebel spokesman Major Dickson Gatluak denied any involvement of their troops in blocking the aid trucks. He said the government must shoulder the blame alone. 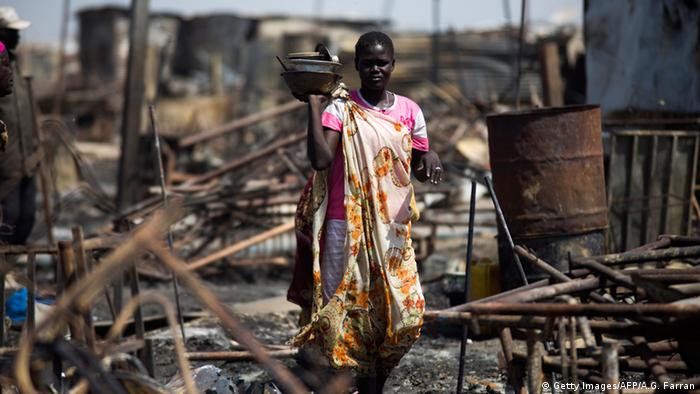 In a rare admission the government in the capital Juba confirmed that the aid cargos have been blocked, but for security reasons. "We put our security first", said South Sudan's Information Minister Michael Makwei, in an interview with DW. "We will not just allow any convoy to move. Last time when we apprehended a convoy which was taking relief, we apprehended arms."

In March 2014 government troops intercepted eleven UN trucks allegedly carrying undocumented weapons. The UN's Ghanaian contingent claimed the trucks were heading to their base in the north of the country and that the cargo was mislabeled. Juba, however, maintained that the Ghanaian troops were trying to smuggle arms to the rebels. The incident cast a shadow of doubt on the work of the UN in South Sudan and is now affecting humanitarian efforts. 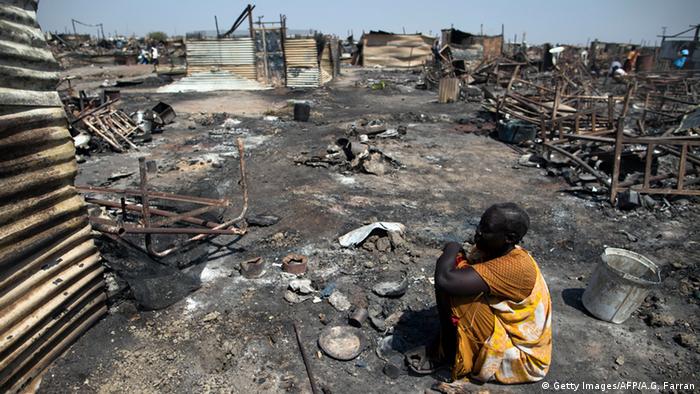 "We have lost count", said UN peacekeeping chief Herve Ladsous when asked how many people died in the conflict. Gunmen carried out an attack on a United Nation's refugee camp in Malakal that killed at least 25 people

The blockade of aid supplies comes at a time when human rights abuses remain a major problem in South Sudan. According to a recent report from Human Rights Watch (HRW), the South Sudanese army has carried out numerous killings, enforced disappearances, rapes and abuses in the region of Western Equatoria. The report claims that government troops have attacked civilian areas, burned houses, detained critics arbitrarily and carried out summary executions.

Western Equatoria had also been cut off from aid supplies. HRW's researchers spent a week in Western Equatoria in February. According to the rights’ group, the conflict is spreading further west to previously uncontested areas of the country.

HRW said government soldiers were also responsible for an attack against a UN camp in February 2016. Gunmen stormed and torched a camp sheltering refugees in the northeastern town of Malakal. At least 25 people were killed and 120 wounded. The UN office for the Coordination of Humanitarian Affairs said that reports of troops in government army uniforms "firing on civilians" were "credible". They further said that the attack could amount to a possible war crime.

After gaining independence from Sudan in 2011, South Sudan slithered back into a civil war in 2013. The conflict began as a power struggle between the South Sudan's President Salva Kiir and his deputy Riek Machar. According to the UN, 50.000 people have died and 2.2 million people have been displaced by the armed conflict.

South Sudan is the newest addition to the East African Community (EAC). In the meantime the bloc has rejected Burundi’s bid for the EAC chairmanship for 2016. (02.03.2016)

S. Sudan's rebel leader: 'I will be in Juba next month'

South Sudan's rebel leader Riek Machar has told DW he is looking forward to returning to the capital Juba in a final step towards implementing last year's peace agreement. He was re-appointed vice president this month. (26.02.2016)

After years of civil war, hope sparks in South Sudan as erstwhile foes seek to form a unity government. This presents journalists with the new challenge of reporting on what unites people rather than tears them apart. (25.02.2016)