South Korea is banning all recalled BMW cars that have not passed new safety checks after the German cars suffered a series of engine fires. Anyone found violating the ban could face up to a year in prison. 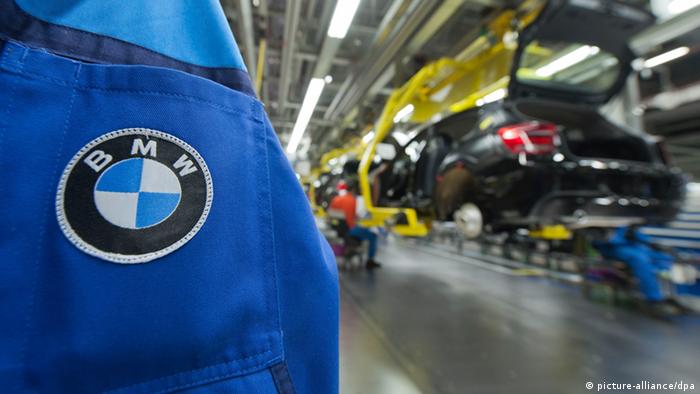 South Korea on Tuesday announced it was banning some 20,000 recalled BMW vehicles from its roads following a number of engine fires.

Drivers will be barred from using their cars unless they are taking them to a safety check. Anyone found violating the ban could face up to a year in jail. South Korea's Ministry of Land, Infrastructure and Transport said the ban would persuade BMW owners to have their cars checked as soon as possible.

BMW's South Korean unit said the company had currently secured more than 14,000 cars it would lend to affected drivers for free until their vehicles were cleared to be driven again.

"We will do our best with the safety checks to reduce the number of drivers affected by the ban," the manufacturer said.

Nearly 40 fires in BMW cars this year are suspected to have been caused by engine problems. Some parking lots reportedly refused to let in BMW drivers.

The German carmaker last month recalled some 106,000 vehicles from 42 different models. It identified the cause of the engine fires as leaks of glycol coolant in their exhaust gas recirculation system.

In South Korea, six out of 10 imported cars are from Germany, with BMW selling nearly 39,000 units in the first six months of this year, according to the Korea Automobile Importers and Distributors Association.

BMW is recalling about 323,000 cars across Europe over concerns about the exhaust component that's causing the current trouble in South Korea.

Earlier this month, the carmaker said its investigations had found similar malfunctions that could "in rare cases" cause fires in some diesels in the European market.