Officials have said the outbreak was linked to contaminated sausage and warned South Africans not to consume "ready to eat" processed meat. The UN said the listeria outbreak is believed to be the largest-ever worldwide. 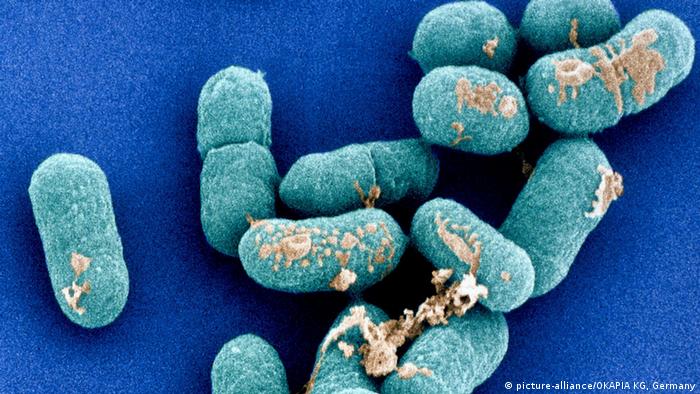 South Africa's Health Ministry said on Sunday that a listeriosis outbreak has killed 180 people in the country since the beginning of 2017.

Kitchens – a hotbed for bacteria

Kitchens – a hotbed for bacteria

Officials also announced that the outbreak was tied to a sausage-type meat that is made by South Africa's largest consumer foods group.

The meat, known as "Polony," is produced by Tiger Brands, a unit of Enterprise Food, and by RCL Foods, Health Minister Aaron Motsoaledi said.

"We can now conclude scientifically that the source of the present outbreak is the Enterprise Food production facility located in Polokwane," Motsoaledi said.

He added that "Polony" would be recalled from stores and advised South Africans "to avoid all processed meat products that are sold as ready-to-eat."

Although RCL Foods had not yet been identified as a source of the contaminated meat, one of its factories was also under investigation.

Listeriosis is an infection which is most frequently caused by the bacteria listeria which is found in water, soil, vegetation and animal feces.

The bacteria can contaminate food — particularly dairy products, fresh meat and seafood — but can be prevented by washing food and basic hygiene.

Listeriosis results in flu-like symptoms as well as nausea, diarrhea, and infection of the bloodstream. In severe cases, it can lead to an infection of the brain. Children, pregnant women, the elderly and people with compromised immune systems are at a heightened risk.

South Africa's National Institute of Communicable Diseases (NICD) said there have been 948 cases of listeriosis since January 1, 2017.

The outbreak is believed to be one of the largest-ever worldwide, according to the United Nations.

Food Poisoning - how to get rid of or avoid it completely