Jesus Alfredo Guzman, a son of the jailed drug lord "El Chapo" has been kidnapped, raising fears of a war between narcotics gangs. Guzman's father is the boss of the powerful Sinaloa cartel. 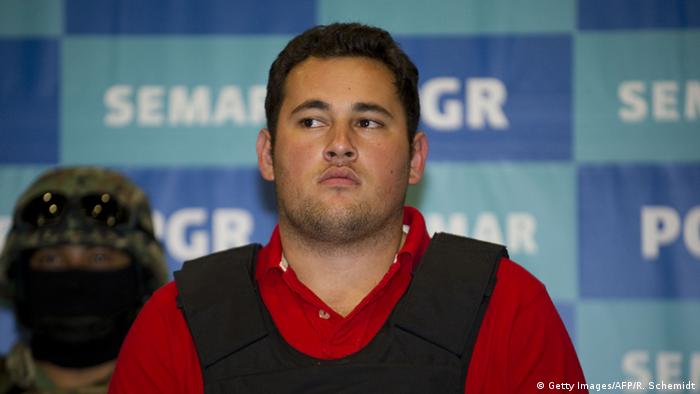 Authorities said seven gunmen arrived in pickup trucks at the upscale restaurant La Leche in the Pacific resort city of Puerto Vallarta at around 1 a.m. Monday and separated the men from the women before abducting a half-dozen victims.

The young Guzman is one of several sons who law enforcement officials say have been active in running the Sinaloa cartel. He was arrested in 2005 on money laundering charges - though released in 2008 for lack of evidence. He was indicted by the US government on drug trafficking charges in 2009 and placed on a list of suspected "kingpins" in 2012. 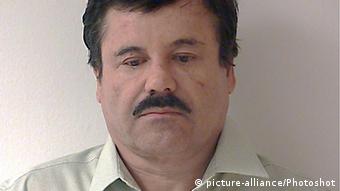 "El Chapo" purportedly ran affairs from prison until his second escape in 2015, but since being recaptured has been kept under stricter security measures and his apparent power is on the wane.

His father "El Chapo" is now in a maximum security federal prison in the northern city of Juarez after tunneling out of prison last year before being recaptured in January.

Most evidence points to the the kidnappers belonging to the state's dominant Jalisco New Generation drug cartel, while the victims were from the rival Sinaloa cartel, authorities said.

Jalisco New Generation cartel's power and reach have grown rapidly in recent years, often in direct competition with Guzman's cartel, which has long been considered the strongest criminal organization in Mexico.

"It could indicate an escalation," Samuel Logan, managing partner at the business and security consulting firm Southern Pulse, said of the kidnapping. "That's a pretty gutsy move."

Jalisco state Governor Aristoteles Sandoval said Monday that security had been tightened in the area and that local authorities were working to capture those responsible.

"What happened early this morning in Puerto Vallarta cannot be permitted or tolerated," he wrote on Twitter. "We will not allow them to rob us of our peace."

Puerto Vallarta, in the state of Jalisco, is one of Mexico's top vacation destinations, attracting budget tourists and high-end sun seekers to its famed sandy beaches.

Mexico to extradite drug lord 'El Chapo' Guzman to the US

The Mexican government has agreed to hand over drug lord Joaquin Guzman to the US for trial. The head of the Sinaloa drug cartel was captured in January after a spectacular escape from a high-security prison last year. (21.05.2016)

Mexican authorities have arrested a man suspected of being the top money launderer behind Joaquin "El Chapo" Guzman's Sinaloa drug cartel. He faces possible extradition to the United States. (27.03.2016)

Nexflix and Univision have announced a new series based on the notorious leader of the Sinaloa cartel. But his lawyers said he would sue if the producers didn't receive permission - adding they're open to negotiations. (27.05.2016)