'Some patients never get a diagnosis'

One in 17 people will be affected by a rare disease in their lifetime. On Rare Disease Day, organizations across the world raise awareness about such illnesses. DW talked to Alastair Kent, chair of Rare Disease UK. 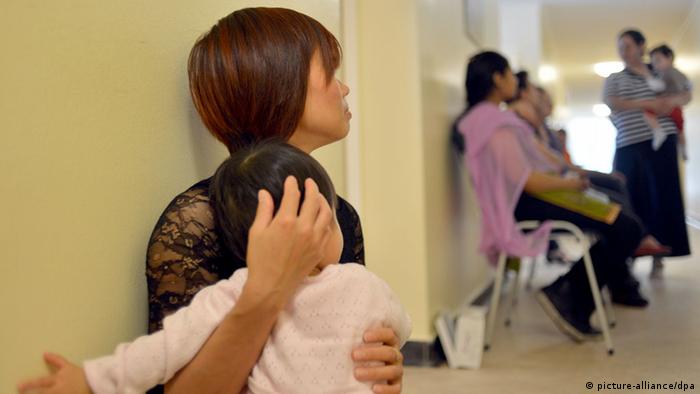 DW: When is an illness considered a rare disease?

Alastair Kent: A rare disease is defined in the European Union as a disease that affects fewer than five in 10,000 people. That's an artificial line drawn in the sand. The reason that it's been set at that level is that in America, there are so-called "orphan drugs" that are intended to treat fewer than 200,000 US citizens. That's roughly equivalent in the EU to the five in 10,000 level.

Orphan drugs are designed to treat rare conditions, so they wouldn't be financially attractive to industry under normal circumstances. There is a set of incentives manufacturers can benefit from if they develop drugs for rare conditions. They're called orphans because without a bit of extra help, they'd never see the light of day.

Who is most likely to get rare diseases?

There are about 6,000 or 7,000 rare diseases. 80 percent of them at least are genetic in origin, so they're passed down in families. And at least 75 percent of rare diseases occur in childhood or can even be visible in the baby before birth.

How many people have rare diseases? 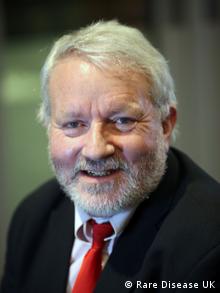 What are the biggest problems with rare diseases?

They're difficult to get therapies developed for, because doing clinical trials is a problem with the population spread over the whole of Europe, so you need to bring people together across national boundaries to get the numbers for a clinical trial. And of course getting medical expertise is challenging, because with a dispersed population, most doctors don't have the opportunity to build up the expert knowledge they would need to be able to manage patients with these conditions well.

Rare diseases are also difficult to diagnose, because doctors don't see them frequently. Across Europe, delays in diagnosis are wide-spread. We did a survey a couple of years ago in the UK that showed that almost everybody waits for some period of time and a significant portion of people spend years looking for a diagnosis. Some never actually get a diagnosis. That means you can't understand what's happened, you can't plan for what's going to come. If there is a treatment, you don't get it, so you or your child is allowed to become worse than they need to be.

Rare Disease Day is held on February 28 this year. What is its objective?

It was established on the 29th of February [2008], because that's a rare day. Of course in years where there isn't one, we celebrate it on the nearest day, the 28th. The aim is to raise awareness for rare diseases, for the fact that there are millions of people affected by them.

Also, to generate solidarity: it can be very lonely, if you think you're unique or one of a very small group of people with a very particular condition, spread out across the whole of Europe. That's a lonely place to be, because you feel isolated, you feel unsupported. But if you realize there may not be many people like you, but there is an awful lot of people in your situation, there is a huge solidarity feeling that comes from that.

What does your organization Rare Disease UK do?

Rare Disease UK is a campaign that is run and managed by Genetic Alliance UK, a coalition of patient organizations that support families with all forms of genetic disorders, from the very rare to the very common.

A recently-launched web site is able to match patients genetic and phenotype data on rare diseases. The technological breakthrough is uniting the clinicians who are treating them. (29.04.2014)

Vital research in Europe will be 'impossible'

Ice Bucket Challenge for a good cause

It started three weeks ago and quickly took off when celebrities began to get involved. The 'Ice Bucket Challenge' has become an internet sensation. The goal: to raise awareness and much needed funds for research. (25.08.2014)

In order to push for improved services and support for rare disease-patients and families, you need to make sure you've got all the main stakeholders in line and moving together in the same direction. At Rare Disease UK, we have members from individual patients, carers, academics, clinicians, institutions, companies that produce the drugs, policy makers - anybody can join.

What are some examples of rare diseases?

I guess most people have heard of muscular dystrophy or cystic phibrosis or haemophilia.

Very few people will have heard of conditions such as Alstrom Syndrome. It's very rare, there are about 40 families diagnosed in the UK, so it's fewer probably than one in a million. It's a condition that causes blindness, metabolic problems and the heart is implicated as well. It's generally life-shortening.

Another one that's not well-known is Tuberous Sclerosis, where you get non-cancerous tumors forming in various parts of the body - in your skin, on internal organs, what have you. Depending on where the little tumors form, they can cause a learning disability, epilepsy, physical deformity and lots of other things.

What does it mean for these patients, to suffer from such grave diseases that most people have never heard about?

That's part of the problem. If you say you've got asthma, most people know that this means that you probably have some problems with your breathing.

But if you say 'I've got Tuberous Sclerosis,' most people will never have heard of it, and they won't know what you mean, what its consequences are. So you can't get the sort of sympathy and support from the community as easily and you can't get access to the medical care you need, because your condition is not going to be as easily recognized. And the management of it is not going to be as well-understood as for more common conditions.

Sir Alastair Kent is chair of the British organization Rare Disease UK and ambassador for Genetic Alliance UK. For his services to healthcare, he was awarded the Order of the British Empire in 2011.