Thousands returned to the site of the country's worst terror attack six days later. The US has stepped up the number of drone strikes inside Somalia since the beginning of the year. 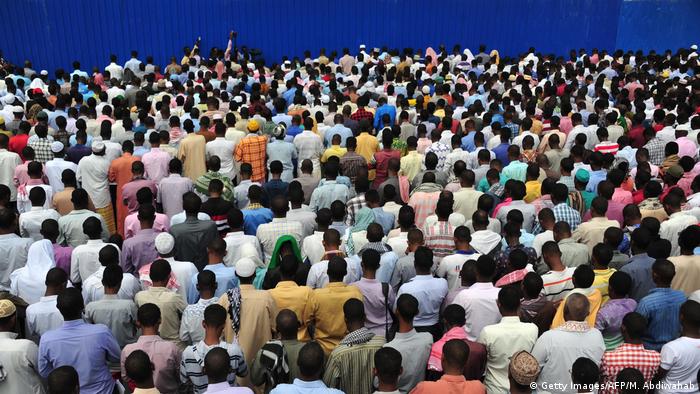 Thousands of Somalis gathered for a prayer service Friday in the capital, Mogadishu, at the site of the country's deadliest truck bombing.

The number of victims killed in Saturday's attack, when a bomb-laden truck detonated next to an oil tanker, rose to 358 on Friday. The blast sent a huge fireball into the sky, incinerating multistory buildings as well as people.

About half of the dead were burned beyond recognition, according to officials.

In keeping with the Muslim tradition of burying the dead as quickly as possible, the government carried out mass burials soon after the explosion.

Religious leader Abdi Hayi led the symbolic funeral nearly a week after the blast, as it had not been possible to give so many victims a proper send-off with prayers at a mosque.

"Since we have not seen many bodies we came to conduct the funeral at the spot of the blast," he said. At another point he said "this pain will last for years." 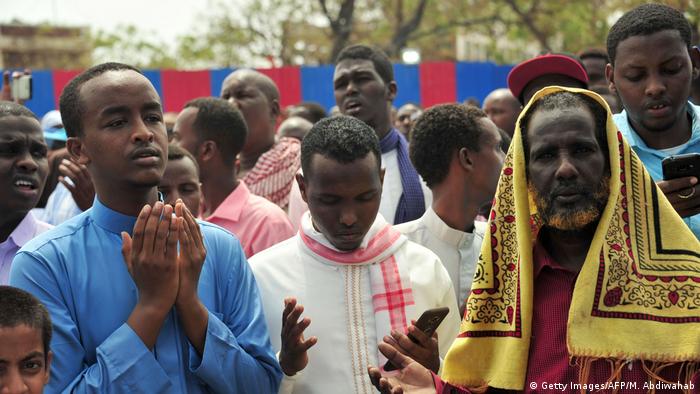 Somalis pray for the slain victims of a massive truck bomb

Al-Shabab, the al-Qaida-linked jihadi group, has not claimed responsibility for the attack, but the militants have increasingly resorted to truck bombs as their weapon of choice. This has been the deadliest attack since Al-Shabab began its insurgency in 2007.

Somalia first descended into civil war in 1991 when clan-based warlords overthrew Siad Barre, who carried the title of president but was widely seen as a dictator during his 22 years in power.

But the warlords soon began fighting among themselves, and the country has been in a state of anarchy or near-anarchy ever since.

On a continent full of poor countries, Somalia is one of the poorest, and is dependent on foreign aid to maintain its institutions and basic services.

Mogadishu remains scarred and on edge after the latest bombing. A main road in the city emptied quickly after locals feared a minivan was carrying a bomb.

The van turned out to be loaded with vegetables, but as police checked the vehicle, shopkeepers and residents fled the scene.

"I closed my shop and ran away," said shopkeeper Abdullahi Omar. "We have much fear and still the shock ... persisting in our minds."

Meanwhile, the US military reported Friday that it had carried out a drone strike earlier in the week against al-Shabab.

The US Africa Command said the strike occurred Monday about 35 miles (56 kilometers) southwest of the capital. The US said it is still assessing the results of the strike.

The US military has carried out at least 19 drone strikes in the country since January, according to The Bureau of Investigative Journalism, which tracks US drone strikes in several countries.