Somalia has opened urgent talks with regional authorities to avoid a constitutional crisis. The Horn of Africa nation looks certain to miss a February 8 deadline to elect a new president. 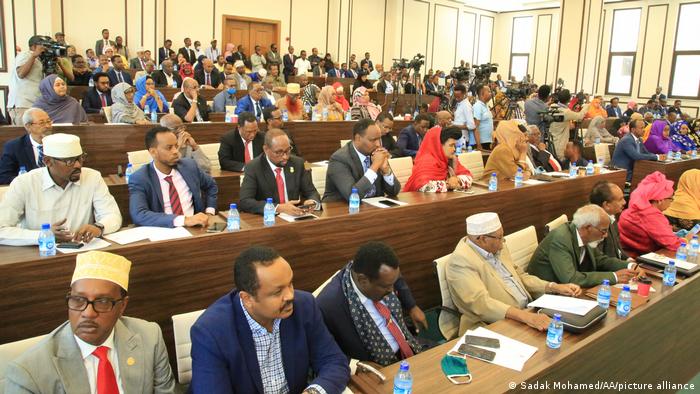 The mandate of Somalia's federal parliament expired in December 2020

The conference in Dusamareb, some 400 km (250 miles) north of the capital Mogadishu, is an attempt to break an election deadlock and avoid a constitutional crisis.

The mandate of President Mohamed Abdullahi, commonly known as Farmajo, expires on February 8.

Somalia's president is elected by the country's lawmakers made up of 275 members of parliament and 54 senators. But Somalia has failed to hold the necessary ballot to chose new lawmakers, so no new president can be elected.

Under its current indirect election system, 27,775 electoral delegates — who are nominated by traditional clan elders — vote for members of parliament while state legislatures elect the senators.

The legislative and parliamentary votes originally scheduled for 2020, have been postponed twice because of wrangling over election details between the central government in Mogadishu and the semi-autonomous federal member states.

"We are expecting to have amicable and open discussions for a fruitful solution to unlock the deadlock and create hopes to the people of Somalia regarding the election issues," said Somalia's information minister, Osman Dubbe.

Even if an agreement is reached in Dusamareb, it is "very clear" that the election can't happen by February 8, said Omar Mahmood, Senior Analyst for Somalia at the Crisis Group think tank.

"I don't think there's any chance at all of elections taking place before the end of this government's mandate," said Bryden, Senior Strategic Advisor at Sahan, a research institute with a focus on the Horn of Africa. 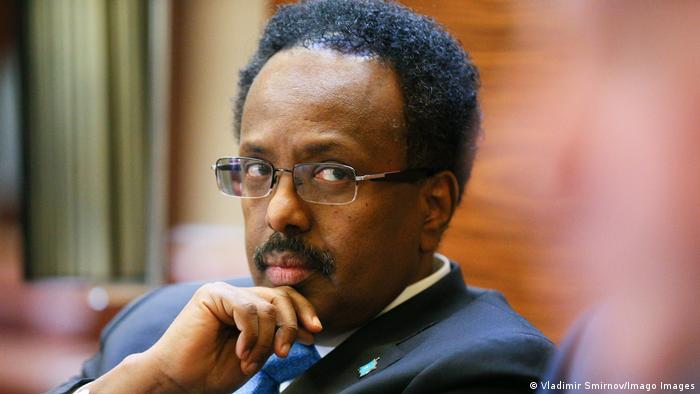 "Parliament's mandate already expired last month and the president's last day in office is less than a week away. And there have been no preparations, no agreement on the type of electoral process that's supposed to happen," he told DW from the Kenyan capital, Nairobi.

The UN in Somalia said it welcomed the Dusamareb conference and urged those attending to come to an agreement on how the elections should proceed.

Hussein Sheikh-Ali from the Hiraal Institute, a Somalia-based security think tank, sees the meeting as a "last chance" and "last hope" to resolve the election impasse.

Hussein warned that if federal and regional leaders failed to finalize the disputed electoral models at Dusamareb, "Somalia will enter and uncharted territory where we are going to have a president who will have no mandate and a parliament with no mandate."

"So it's going to be in deep constitutional crisis unless it's solved within days," he said in a phone interview from the Somali capital Mogadishu.

"We are living in a very fragile and fragmented nation where clans are armed, where there are armed groups, which are more powerful than the government, controlling most of the country."

Analysts worry that even if federal and regional leaders reach a deal over the election model, it could quickly disintegrate in the same way that an election road map agreed to in September 2020 fell apart.

Somalia has been marked by over two decades of warfare and political instability following the removal of President Siad Barre in a 1991 coup.

The central government controls only a part of Somali territory and relies on the African Union (AU) peacekeeping force, AMISOM, to confront a violent insurgency from the militant Islamist group al-Shabab, and the less potent Islamic State (IS).

In the days before the emergency election meeting, al-Shabab claimed responsibility for an attack on the Afrik Hotel in Mogadishu, which killed at least nine people. 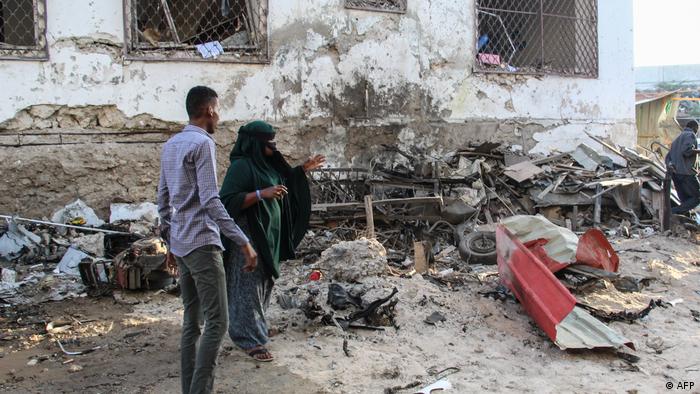 Somalia extended elections in both 2012 and 2016 without severe political fallout.

Somali watchers fear, however, that this time is different because of the extreme lack of trust between President Farmarjo's government and the federal states and opposition groups.

Many Somalis had high hopes for Farmajo when he won his first term as president in 2017. He has made some progress towards debt relief. He also brought federal states together to sign a historic national security policy to reform and integrate regional and federal military and police forces — although this has not yet been implemented.

But under President Farmajo's watch, tension between the central government in Mogadishu and the federal states has increased, analysts say.

"This center-periphery competition has absolutely been exacerbated under the Farmajo administration," Somalia analyst Omar Mahmood told DW. "Unfortunately, the country seems to be more divided than than before."

This was partly inflamed by federal government efforts to install its candidates of choice in regional legislatures — a move viewed by analysts as President Farmajo maneuvering to secure a second term. 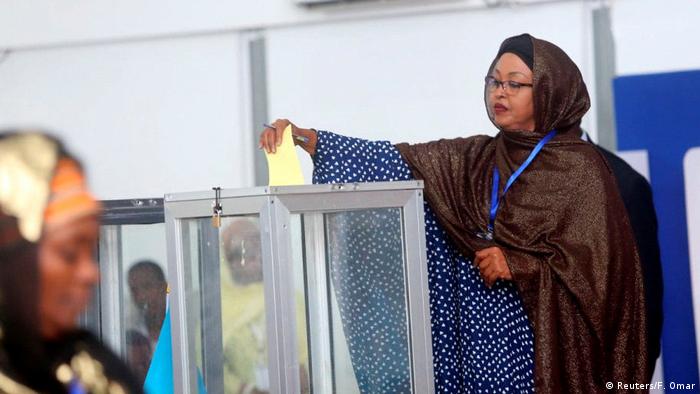 A Somalia lawmaker casts her votes for the president in 2017

Horn of Africa expert Matthew Bryden said the nation of some 15 million people, "is politically more fragile now than when Farmajo took office."

Bryden is highly critical of the president's term.

"Having had four years to prepare the ground for elections, Farmajo really hasn't presented any kind of plan or proposal or done any work, which is what led us to this very dangerous political and constitutional crisis at the moment," he said.

Mohamed Odowa in Mogadishu contributed to this report.

Somali women's rights activists and politicians want a 30% quota for female lawmakers to be enshrined in law. Ahead of upcoming elections, female candidates and campaigners are apprehensive.

US President Donald Trump has ordered the withdrawal of most American military personnel from Somalia by early next year. US soldiers in the region have been helping local forces defeat the al-Shabab militant group.

A diplomatic spat between Kenya and Somalia is now affecting trade, particularly Somalis living in Kenya. Somalia blames its neighbor for 'meddling in its internal affairs', a charge, Kenya denies.