The AU peacekeeping mission in Somalia has been extended by one year amid uncertainty over funding after the EU reduced its support. As a result, Kenya has threatened to withdraw its troops from the mission. 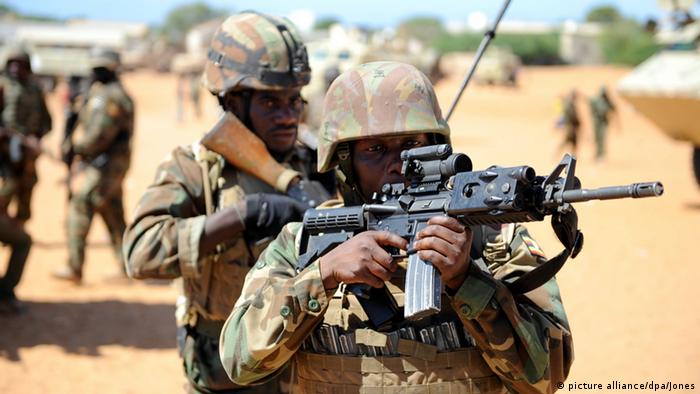 The African Union Mission in Somalia (AMISOM) was created by the African Union on January 19, 2007 as a regional peacekeeping mission with the approval of the United Nations. Its initial mandate was six months, but ten years later the mission is still alive. Since its creation, AMISOM had been fully funded by the European Union(EU) through contributions made to the African Union (AU).

So far, the EU has committed more than 575 million euros($640 million) to AMISOM, mainly to cover for allowances, costs for the police component of the mission and international and local civilian staff salaries. However, due to the rise of jihadists in Mali, the conflict in Central African Republic and the Boko Haram insurgency mainly in Nigeria and the Lake Chad region, the EU downsized its funding to AMISOM by 20 percent.

About 200 million euros cover AMISOM salaries. The African forces were reportedly receiving a monthly allowance of $828 after their respective governments deduct a $200 administrative cost per soldier.

The EU cut has led to the loss of about $165 a month in each AMISOM soldier's pocket. According to media reports, the peacekeepers in Somalia have gone for months without pay.

Annette Weber, expert on Somalia and Head of Research Division at German Institute for International and Security affairs, told DW that the 20 percent gap should be covered by the AU or UN. "It is quite a complex issue because the troop contributing countries take a certain percentage of the salaries of the soldiers for administrative costs. If the salaries are reduced, of course that is bad situation for the soldiers," Weber said.

A Somali presidential aspirant Fadumo Dayib agrees with Weber. She told DW that the issue is quite unsettling and that the Somali national forces too, have spent several months without salaries. "Our national forces have been without salary for more than six months. That has been known to lead to more insecurity and destabilization of the country," Dayib said. 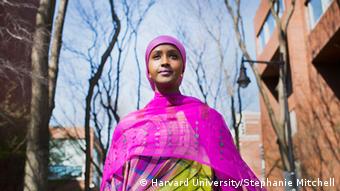 She urged the AU to promptly address the issue of funds, so as to motivate the soldiers who are fighting. "I hope that it doesn't spillover to the insecurity in Somalia. If you have soldiers that are not paid and not properly motivated, then they are unable to repel al Shabaab attacks."

The AMISOM office in Somalia has refuted reports that their soldiers have gone nine months without pay. But, they agree that there have been delays 'for a short period' due to what AMISOM calls lengthy verification procedures and financial transactions. The AMISOM military spokeman Lt. Col. Joe Kibet said the salary delays have never affected the forces' operations. "Our presence in Somalia is for a higher cause and each AMISOM troop member knows we are here to help the people of Somalia. There are sacrifices to be made and little inconveniences to be expected from time to time," Kibet said. "So morale for us has never been an issue because our troop members know they will receive their allowances," he added.

Recently, the Kenyan government threatened to pull out its forces from Somalia if the international community does not fully cover the peecekeeping costs. According to a local media Daily Nation, at a meeting with the UN Security Council on May 19, 2016, President Uhuru Kenyatta said that AMISOM was not getting the resources and equipment it needed to carry out its mandate. He said it wasn't his government's reponsibility to fill the funding gap.

Prior to the UN Security Council meeting with the Kenyan government, the east African nation announced its plans to close the world's largest refugee camp Dadaab. The camp is home to more than 300,000 refugees, mainly Somalis. Kenya cited the security and financial challenges as the reasons to close the refugee camps. The threat to withdraw KDF from Somalia and the plan to close down refugee camps sparked fear amongst Somalis, and Fadumo Dayib in particular. 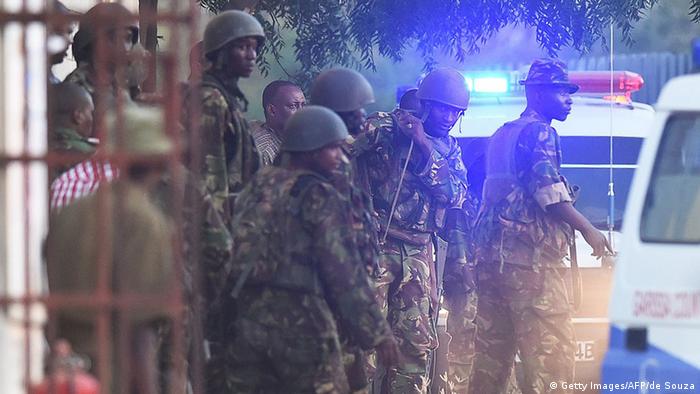 She blamed Kenya's stance saying it is aimed at extorting money from donors. "Its very unfortunate that they are using that as bargaining chips to secure more funding from donors to the level of using human misery as away of extorting money from donor countries." The Somali-born Fadumo Dayib has lived as a refugee in Kenya before she left to Finland where she lives with her four children. The female politician hopes to return to her home country and run for the presidency. "I hope the Kenyan administration will stop using this kind of rhetoric particularly when they are engaging donors," she added.

Is the AU playing any role?

Since the creation of AMISOM, the EU has allocated more than 1 billion euros to support the peacekeeping mission in Somalia. According to the EU, the AMISOM's financial needs have been constantly increasing; hence the European body increased its budget to 900 million euros from 750 million euros to cover for the 2014-2016 time period.

A note sent by EU to DW indicates that Europe decided to cut the AMISOM funding to 80 percent "in the clear expectation that difference of 20 percent will be covered by the AU and the AMISOM troop contributing countries." However, Weber said the AU so far was unable to collect any money from the member states to fill that gap. AMISOM's mandate which was due to expire on Monday (30.05.2016) was extended to one more year, but the issue of insufficient funds remains unsolved.

President Francois Hollande has paid a brief visit to CAR as France winds down a peacekeeping mission in the conflict-ravaged country. From there he travels to Nigeria for a summit that will focus on fighting Boko Haram. (13.05.2016)

Islamist miltants have attacked the African Union force's main base in Mogadishu. The AU has more than 20,000 troops in Somalia in support of the country's fledgling government. (25.12.2014)