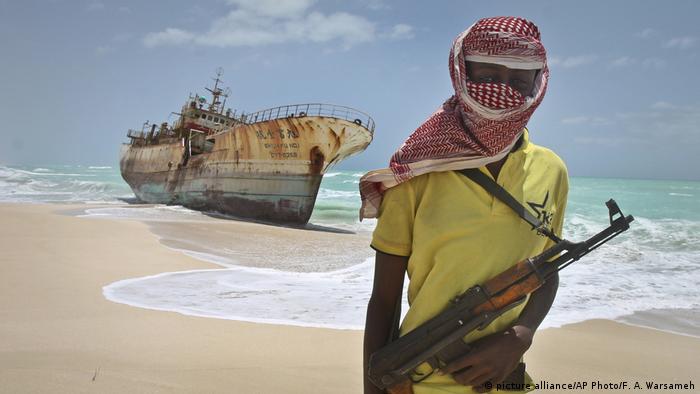 The hijackers disembarked from the vessel on Thursday and released the eight Sri Lankan crew members they had captured earlier this week. Hours before leaving the ship, the pirates opened fire at security forces from the Somali semi-autonomous state of Puntland. Authorities disengaged but threatened to use force if negotiations for the crew's release failed.

Eventually, the pirates pulled their ransom demands and decided to leave.

"The Puntland maritime police force freed the ship. They made (the pirates) an offer they couldn't refuse and the pirates have left," said John Steed, the former British army officer who has spent years negotiating the release of piracy hostages in Somalia.

Security official Ahmed Mohamed told the AP news agency that pirates agreed to leave after negotiating with local elders and state officials. The hijackers told authorities that they acted out of protest and only seized the ship to rebel against illegal fishing in the area.

"They desperately need to show their grievances by seizing the boat," said Abdiwahab Ahmed, an elder in the coastal town of Alula.

Many Somalis, including former pirates, depend on fishing to make a living. However, they are often harassed by illegal fisherman and large foreign trawlers off the country's north coast.

The Monday hijack was the first such attack near the Somali coast since 2012. Somali pirates once attacked hundreds of ships per year, but international patrols on key routes helped bring the issue under control.