Protesters in the Solomon Islands called on the prime minister to resign as riots took place for a second day. Australia said it would send a peacekeeping force to the Pacific nation seized by inter-island tension. 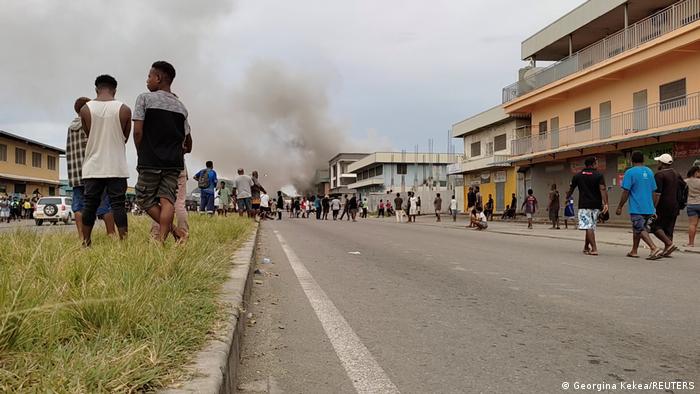 The Solomon Islands saw anti-government riots for a second day on Thursday as thousands of protesters swarmed the capital Honiara, setting fire to buildings in the city's Chinatown.

Eyewitnesses and local media showed images of buildings engulfed in flames and plumes of thick smoke billowing above the capital.

The prime minister said his government was still in control.

"Today I stand before you to inform you all that our country is safe — your government is in place and continues to lead our nation," he said, adding that those responsible "will face the full brunt of the law."

Opposition leader Matthew Wale called on Sogavare to resign, saying frustration at controversial decisions made during his tenure had led to the violence.

"Regrettably, frustrations and pent-up anger of the people against the prime minister are spilling uncontrollably over onto the streets, where opportunists have taken advantage of the already serious and deteriorating situation," Wale said in a statement.

Why are people rioting?

The Pacific nation has been gripped by inter-island tension which is believed to be the cause of the latest crisis.

Most of the protesters had reportedly traveled to Honiara from the island of Malaita, which is separated from the capital by water and where people have long complained about neglect by the central government.

The province opposed a 2019 decision to end diplomatic ties with Taiwan and establish formal links with China.

This led to an independence referendum last year which the national government dismissed as illegitimate.

The Solomon Islands also saw riots in 2006 after general elections with much of Honiara's Chinatown razed amid rumors of Beijing's involvement in rigging the vote. 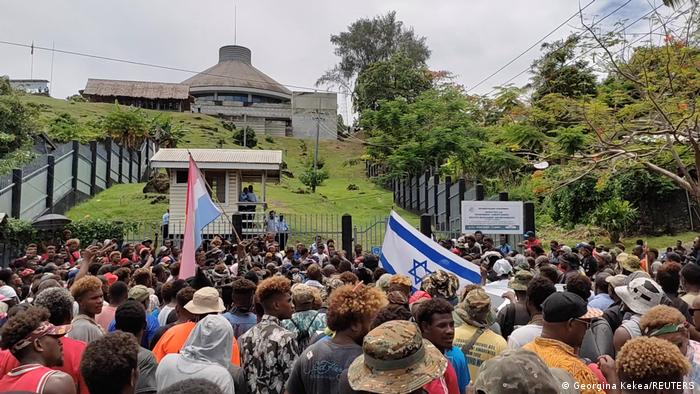 Australia's National Security Committee, which advises the prime minister on foreign affairs, met on Thursday to discuss the mounting unrest in the Solomon Islands.

Prime Minister Scott Morrison announced that police and military peacekeeping force will be deployed to the Islands, adding that he received a request for assistance from Prime Minister Sogavare.

"Our purpose here is to provide stability and security," he added.

The two governments had been speaking over the past 24 hours about the worsening situation in Honiara.

Seven decades after Japan and the United States fought over these South Pacific islands, local residents are unearthing bullets and bombs that still have the capacity to kill and maim. Julian Ryall reports.

A recent study says five islands in the Solomons have vanished and others are suffering severe erosion. Scientists say information from the study could help with future research into the effects of sea-level rise.