A trailer clip from the much-anticipated "Star Wars" prequel, due to be released in May, has gone viral on social media after it was first screened during Sunday's Super Bowl. The film is to premiere in the US 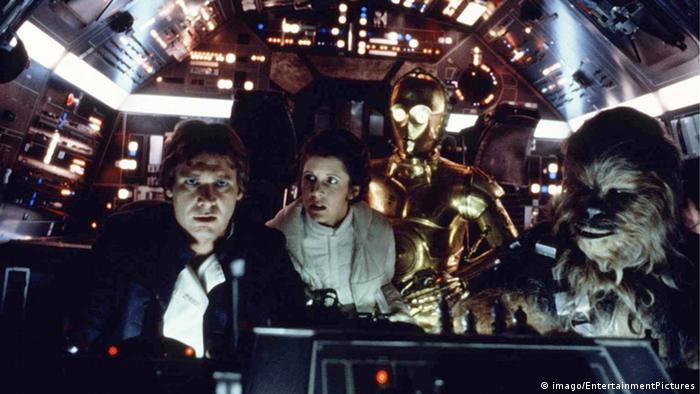 Disney's Lucasfilm went for maximum exposure when they aired a short clip of "Solo: A Star Wars Story” during the Super Bowl, held yesterday in Minneapolis.

Though the full-length trailer will make its debut on the Monday edition of "Good Morning America,” the film's distributors took the chance to preview it before a huge football audience.

Soon after, the "Solo" clip was top-trending on Twitter.

Alden Ehrenreich takes over the Han Solo role that was made famous by Harrison Ford, while Donald Glover, Emilia Clarke, Woody Harrelson, Thandie Newton and Paul Bettany will also star in the prequel.

The trailer clip hinted at how the film will portray the adventures of young Han Solo and Chewbacca before they linked up with the Rebellion.

"I'm going to be a pilot. The best in the galaxy," Solo tells an officer after he's asked which branch of the resistance he wants to join.

The spinoff is directed by Ron Howard, and comes on the heels of "Star Wars: The Last Jedi,” which has already earned over 1 billion dollars since it was released in December.

"Solo: A Star Wars Story” will screen in US cinemas from May 25.