Beyond Twitter traffic, many media organizations are live-blogging information as it comes in. Government agencies are also providing valuable information on their sites as well. 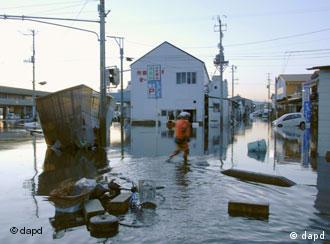 As Japan copes with its quake, information is flowing online

In the aftermath of the massive Japan earthquake, there are myriad ways to keep up and gather information via news websites and social media, as is the case with nearly all modern natural disasters.

One primary way that concerned citizens around the world have been following events is on Twitter. On Friday, the hashtags #prayforjapan, #japan, #japanquake and #tsunami were all trending on the popular social media and microblogging site.

Both the Japan Meteorological Agency and the National Oceanic and Atmospheric Administration in the United States have been issuing official statements on their websites concerning tsunami warnings. Currently, American authorities have issued a tsunami warning for much of the western United States.

In addition, the United States Geological Survey, the agency that monitors seismic activity around the world, has a number of diagrams, maps, and technical data on the quake.

Google has also stepped in, as it has after previous quakes in New Zealand and Chile, with a website in Japanese and English that can help locate people who are missing.

The massive earthquake in Japan is one of the worst in the last 30 years. DW-WORLD has compiled a list of devastating earthquakes worldwide since 1976. (11.03.2011)

A fire has erupted in a Japanese nuclear power plant after the country was hit by a magnitude 8.9 earthquake. However, the UN nuclear watchdog has given reassurances that nuclear plants have been safely shut down. (11.03.2011)

USGS - Magnitude 8.9 - NEAR THE EAST COAST OF HONSHU, JAPAN