Poor governance in contemporary Africa, the legacy of colonialism or Europeans' lack of political will? Africans on social media have been debating who is responsible for a string of deadly Mediterranean shipwrecks. 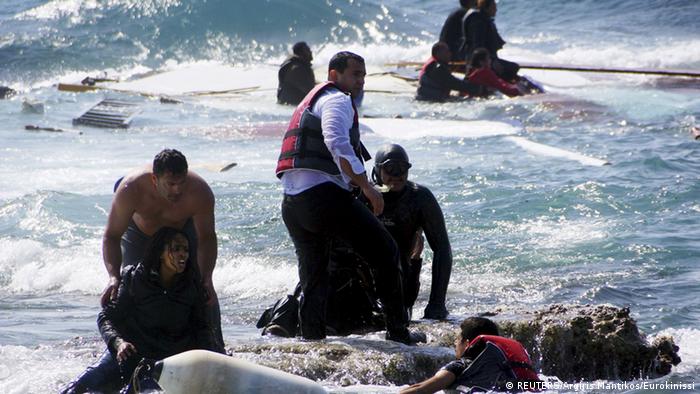 The tragedy of migrants from sub-Saharan Africa losing their lives en route to Europe has stirred impassioned debate among Africans on social media. There are ideas for constructive remedies, but first the finger-pointing:

African governments are at fault

Meck Jose from Mozambique says African governments are to blame "because no African would be forced to make the illegal journey to Europe if there were sufficient jobs with adequate wages in Africa." Emmanuel Tekum from Cameroon says many young people make the hazardous journey because political systems in Africa are failing.

The consequence of such failure says Zerihun Hailemariam from Ethiopia is that "many people are prepared to leave. They are without hope." Academics, doctors, clergy, musicians and working people don't believe that they will ever be able to change anything in their countries, she says. Hailemariam calls on the government to give priority to solving the country's problems, but the politicians generally don't care and their reputations on the global stage are correspondingly dismal. 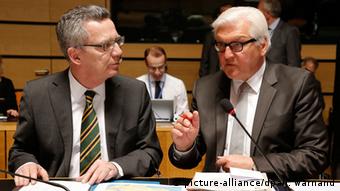 Can EU emergency diplomacy solve the migrant crisis? Africans on social media are skeptical about this.

Tekaligne Lealem, also from Ethiopia, observes caustically "you have misunderstood our politicians." According to this user, the politicians are very shrewd and are encouraging citizens to emigrate. The migrants are a welcome development, because they ensure that foreign currency starts flowing back to the country once again. There is also another advantage, namely that "unemployment goes down!"

Others blame the colonial era. Nakamura Kitexe Angola said "the Europeans and the Americans are to blame. They started wars on my continent in order to exploit its natural resources." The peoples and inhabitants of this region were left behind in abject poverty. They are now risking their lives on the high seas is search of a better life. Suleiman Sedi from Guinea-Bissau said the Europeans should give back to us everything they took from us in colonial times. They emptied Africa thereby creating the conditions responsible for a torrent of migrants traveling to Europe.

Many social media followers differ over the causes of this wave of hazardous migration to Europe, but almost all agree on the need for help. JB Augusto from Angola appealed to the international community to focus on those countries "from which the migrants are leaving." It should seek dialogue with governments and improve maritime safety. "At issue are human lives, people who are searching better living conditions and peace, people who are dying."

Cessonio Cesar Mendes from Mozambique said an ideal solution would be for the international community to create jobs. That could help curb the illegal immigration, which was linked to conditions in the migrants' home countries.

Avestino Augisto Fundai from Mozambique said peace must be restored to Libya so that fewer people could use the country as a transit point and end up being shipwrecked.

Does the EU have the political will?

Words themselves were not enough. Almost all Africans discussing the recent tragedies called on the European Union to take action. But Bernabe Sedoufio from the Democratic Republic of Congo doubts whether the European Union can muster sufficient political will and believes that nothing substantial will emerge from the EU foreign ministers' meeting in Luxembourg. Wilson Petar from Tanzania says the EU should tighten maritime safety. Anjesco Choga, also from Tanzania, says there is a good reason why EU should relax its asylum restrictions. Migrants then wouldn't feel the need to take risks and there would be fewer fatalities.

Reagan Nsiese Tchebychev from the Democratic Republic of Congo says that although he deeply regrets the deaths of fellow Africans, Europe is not an El Dorado for migrants from Africa. "An intra-African solution is needed if tragedies of this sort are to be avoided in future," he said.

EU ministers discuss migrant boats with 1,000 feared dead in Med in a week

Interior and foreign ministers from the European Union have convened in Luxembourg for a meeting on migrant boats in the Mediterranean. This follows a string of accidents involving overcrowded vessels. (20.04.2015)

Italian and Maltese ships are responding to two migrant emergencies near the Libyan coast, according to Italian Premier Matteo Renzi. (20.04.2015)

MOAS: 'Migrants do not deserve to die out at sea'

Last year, the private Migrant Offshore Aid Station saved 3,000 migrants in distress at sea. In view of the surge of people trying to reach Europe in rickety boats, MOAS hopes to expand its operations. (20.04.2015)