The Social Democrats in Berlin have held on to power in the regional government, while the Free Democrats failed to gain representation at all. Instead, Berlin welcomes the Pirate Party to parliament. 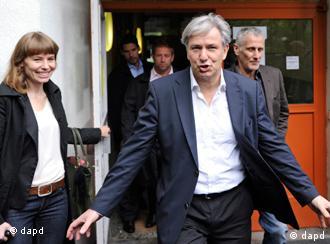 Although the incumbent Social Democrats (SPD) have won the regional elections in Berlin, their two-term governing partner - the socialist Left Party - has been voted out of government, raising the prospect that the SPD could reach out to the Greens to form a new coalition.

Results show the SPD bringing in 28.3 percent of the vote in the country's capital, which is also one of Germany's 16 states. This represents a slight drop in the SPD's popularity from the previous election in 2006.

Chancellor Angela Merkel's party, the Christian Democrats (CDU), improved by about 2.1 percent on their last showing in 2006 but still came in second to the SPD, who polled 23.4 percent. It is the sixth of seven regional votes that the ruling party in the national government has faced electoral setbacks in this year.

The chancellor's coalition partner, the Free Democrats (FDP), polled even worse and failed to bring in the required 5 percent of votes needed to be represented in the state government. The business-friendly party polled just 1.8 percent, making it the fifth time this year that the FDP has failed to enter a state parliament. In the previous election, the FDP won 7.6 percent of the vote. 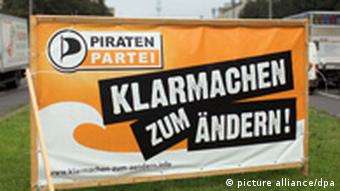 The Pirate Party is the biggest winner of the Berlin vote

The Pirate Party, however, did clear the 5-percent hurdle and will be represented for the first time in a state parliament in Germany. The Pirate Party, which campaigns for copyright reform, free wireless Internet service and free public transport, brought in 8.9 percent of the vote.

"This is all very new for us," said Andreas Baum, the party's top candidate, on German public television after the election. "We will need to prepare, get into the swing of things, but you will be hearing from us. You can be sure of that."

Turnout was at just over 60 percent of Berlin's approximately 2.5 million eligible voters, an increase of about one percent since 2006.

The success of the SPD means that Berlin's mayor, Klaus Wowereit, will remain in office for a third term.

Wowereit, who became the first openly gay leader of a German state in 2001, is known for his popular touch and distinctive Berlin accent.

He has ruled in alliance with the Left Party for 10 years but could switch allegiance to the Greens, who made gains of 4.5 percent and polled 17.6 percent. The Left Party secured 11.7 percent of the vote. A coalition with the CDU would also be possible.

Wowereit indirectly laid out conditions for a partnership with the Greens on Sunday evening, saying it was "important that they come out in favor of politics that favor development, progress, and change rather than a stalemate."

The victory could boost Wowereit's credentials within the SPD and even make him a contender for the SPD's candidate for the chancellery in 2013.

Berlin's regional elections on Sunday represent a blow to the city's political establishment, according to the editorial pages of many German newspapers. Only the unorthodox Pirate Party could claim a victory. (19.09.2011)

Berlin's new Pirate Party might well be here to stay

Nothing says it all in the upcoming Berlin elections

Klaus Wowereit is hoping to win a third term as mayor of Berlin this weekend, boosted by an ad campaign with a bit of folksy charm. DW's Jane Paulick is disappointed she won't be joining in the election extravaganza. (16.09.2011)