As the Winter Paralympics begin in Sochi, Russian activists are hoping the Games will help combat widespread prejudice. They say people with disabilities have been marginalized in Russia for decades. 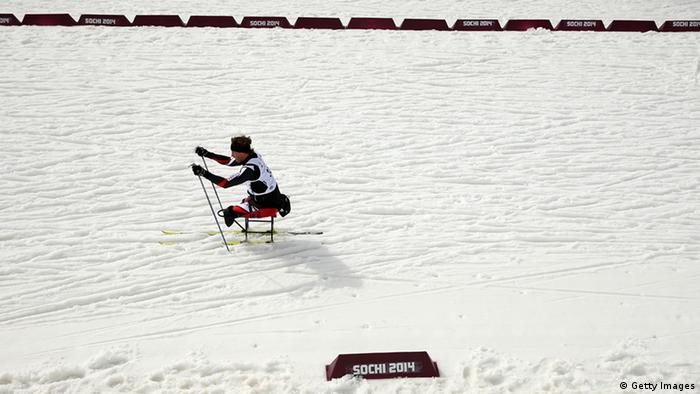 "In our country, there are no disabled people." This is a quote attributed to Soviet communist party leader Leonid Breschnev in the 1980s.

The 1980 Summer Olympic Games took place in Moscow and the Soviet Union simply refused to organize the Paralympics, which were then held in Arnhem, Netherlands.

Now in 2014, the Russian organizers see things differently, they are planning a ten-day cosmopolitan sports festival with 600 athletes from 45 nations.

But can the Paralympics help bring a marginalized group in Russia's population into the national spotlight?

According the Ministry of Health, thirteen million Russians live with a disability, which is around nine percent of the population. The government launched a multi-billion dollar initiative in 2011 to improve health care and education.

The NGO Human Rights Watch praised these efforts, but the organization has, in one study, pointed out that the plans were implemented differently in the various regions. The title of the HRW report was: "'Barriers everywhere', obstacles are everywhere.".

Still, most people with disabilities in Russia are excluded from normal every day life, due to a lacking infrastructure, such as, ramps, lifts, or signs for blind people.

But Hugh Williamson, executive director of Human Rights Watch Europe and Central Asia, believes that decades-óld prejudices are at the core of the problem.

"A disability is often perceived as a disease," he said . "It's particularly hard for people with a mental disability."

Three million wounded soldiers returned to their homes in the Soviet Union after World War Two. There was no place for them in the Communist party propaganda that preferred mass hero spectacles with healthy bodies.

Only under Mikhail Gorbachev in 1987 were disabled people allowed to appear on television. Still, it is seen as normal for Russian authorities to put disabled people into special institutions.

Many of those institutions have fallen into disrepair. The result has been that fires broke out several of them, killing over one hundred people in the last six years alone.

People with disabilities were denied access to buses, airplanes and restaurants. Doctors have urged women to have an abortion once the embryo was found to have a defect. Only 20 per cent of working age disabled Russians have found a job. And those who have jobs are often paid less than their non-disabled peers.

So far, there is no national law that is directed against the discrimination of people with disabilities. 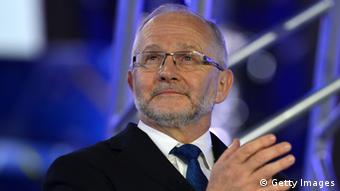 Philip Craven, the President of the International Paralympic Committee (IPC), does not believe that stricter laws can change perceptions in Russia.

"Russians need positive experiences when they see their paralympic athletes succeed, then they will reconsider their position," he said.

The former wheelchair basketball player urged a pragmatic approach: "The Western media should just judge things from their own perspective, they shoud get involved with other cultures. And we have to travel to these countries and talk about sensitive issues."

Human Rights Watch has presented its research to the IPC, but the response was disappointing. "The IPC has been reluctant to exert pressure on the Russian authorities," Hugh Williamson said.

In Sochi, there are many buildings which are not easily accessible. The Human Rights Activists noted that hardly any disabled people were involved in the planning by the Organizing Committee. "The plans were often not made to meet the needs of people with disabilities," said Hugh Williamson.

However, Russian paralympians may be inclined to put up with discomfort at the games: The president of Russia's National Paralympic Committee , established in 1995, is Vladimir Lukin, a close ally of President Vladimir Putin and commissioner for human rights issues.

That is more than four times what a German Paralympics winner would get.

As the London Paralympics come to a close, DW takes a look back at the Games that have captivated more people around the globe than ever before. But not without a dash of controversy, writes Olly Barratt. (09.09.2012)