Soap opera erupts over Aldi packaging | Germany | News and in-depth reporting from Berlin and beyond | DW | 20.01.2015

A soap package, allegedly depicting a mosque, has caused a headache for German supermarket chain Aldi after complaints from some Muslim customers. Aldi has apologized and pulled the soap, but not before enraging others. 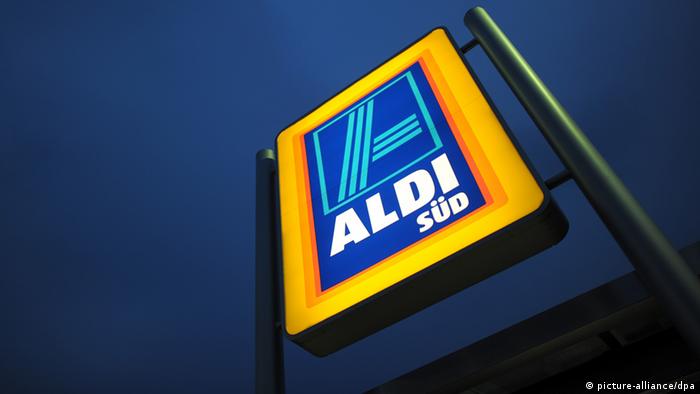 In its effort to do everything right and not hurt anyone's feelings, the PR people at the famous German discounter have achieved just the opposite. The southern half of the supermarket chain, Aldi Süd, is embroiled in an Internet controversy that shows how explosive the current political situation is when it comes to Islam in Germany.

And to think it all started with soap.

Nowhere near a lavatory

Aldi's troubles began in December, when they stacked their shelves with a liquid soap called "Ombia - 1001 Nacht," or "1,001 Nights," named after the famous Arabian nights fables. The crucial detail: those who have complained say the soap's packaging allegedly shows a mosque.

Muslim customers viewed the item as offensive, saying a mosque did not belong in the vicinity of a lavatory. Many contacted Aldi Süd on the supermarket's Facebook page.

"When I saw your liquid soap by Ombia on your shelves, I was a little shocked since it showed a mosque," one customer posted on Aldi Süd's Facebook page. "The mosque with its dome and minarets is a symbol that stands for dignity and respect for Muslims. That's why I don't find it appropriate to depict this meaningful image on an item of daily use."

Aldi reacted swiftly about the potentially blasphemous soap, issuing a statement on Facebook saying that it would remove the item from its stores.

"We're sorry that you were irritated by the design of our soap," Aldi apologized. "Of course, we have forwarded your note to the appropriate contact person in our company so that they are informed and sensitized to the issue."

Many Aldi customers who were not initially offended by the soap, however, were offended by what they perceived as a sign of over-sensitizing on Aldi's part. They say that Aldi caved, and that the picture on the soap package doesn't even show a real mosque.

The object depicted on the package is the Hagia Sophia, located in Istanbul. It was originally built as a church in the year 532. After 921 years as a church, it was forcibly converted into a mosque in 1453, by Sultan Mehmed II, after his 54-day siege of then-Christian Constantinople. But the site has been a museum for the last 80 years - since February 1, 1935.

"Honestly, who can, in all earnestness, consider pulling a product from the market because there's a museum on the packaging?" asked PR expert Annette Lemm.

But the discussion has long sped past the point of rational arguments. Aldi made its decision in a very heated political climate. Two weeks ago, two Islamists shot cartoonists at French satire magazine Charlie Hebdo, supposedly because the magazine repeatedly ridiculed the Islamic prophet Muhammad on its cover.

In Germany, the PEGIDA movement has mobilized thousands of protesters in aggressive anti-Islamization protests every week since October. A drawing of a religious symbol is not always just a picture - at least, not any more. 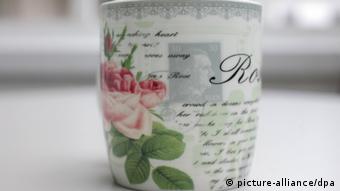 Customers could return the Hitler mugs in exchange for gift cards

Compared to this complicated situation, other companies who recently made headlines with unfortunate products can consider themselves lucky. At least when it comes to items adorned with fascist dictators, hardly anyone asks the question of whether a recall is appropriate.

A German furniture seller had to pull a mug last April after a customer noticed a familiar picture on the porcelain. Next to roses and romantic writing, there was a stamp that showed Nazi leader Adolf Hitler on the mug. The head of culpable company Zurbrüggen pointed to the fact that the item was produced in China, where "sensitivity" to the Führer and his face might not be as big as it is in Germany.

A similar incident occurred in Switzerland in October, when supermarket chain Migros sold packets of mini coffee creamers with images of Hitler and Italian dictator Benito Mussolini on them. When the story hit the media, Migros was quick to point out that they had severed all ties with the supplier that sent them the fascist creamers, Karo-Versand.

Karo top executive Peter Wälchli told Swiss reporters that he didn't see a problem with the creamers, because they were part of a collectable series that put vintage cigar labels on creamer tops. A large majority of the population, however, did not agree and expressed its anger on social media.

The soap controversy, on the other hand, takes place in more complicated times. Maybe the powers that be at Aldi panicked after customers had called the "1,001 Nights" soap "religiously offensive." They probably wanted to avert a scandal. But that hasn't turned out so well.

"Those responsible at Aldi can only escape this disaster by being totally open and honest," PR expert Lemm told DW. "They have to explain the circumstances and processes of their reaction."

But even if Aldi Süd officials take such a step, it might be too late. Many incredulous customers have called the chain out on social media. Some joked Aldi should remove all animal products from their shelves in order not to offend vegans. Others have simply announced they would boycott Aldi from now on.

In the UK, German discount supermarket Aldi has posted a more than 65-percent rise in 2013 pre-tax profit on record turnover. It comes as the big four UK rivals are losing market share, and Tesco overstated its profits. (29.09.2014)