Soaking up Brooklyn vibes in Berlin | Europe| News and current affairs from around the continent | DW | 31.07.2009

Soaking up Brooklyn vibes in Berlin

With its clubs, fashion scene and culture, Berlin has long been at the cutting edge of Europe. But our correspondent Leah McDonnell has been hit by a sense of déjà vu: She's seen it all before in New York. 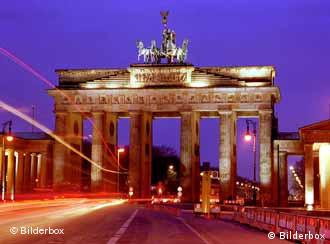 Berlin has a nightlife to match that of Brooklyn

You can take the girl out of Brooklyn, but can you take Brooklyn out of the girl? In Berlin you needn't even try given that Germany's capital is becoming more like Brooklyn everyday.

First off, Berlin has 3.5 million legal inhabitants. So does Brooklyn. Its numerous neighborhoods house a diversity of people and lifestyles so extreme, many live immersed in their own worlds, audaciously ignorant, and indifferent to what lies beyond their few blocks of home turf. Just like Brooklyn. 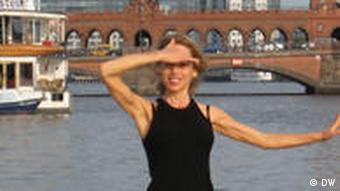 Berlin today is not quite the multi-cultural mecca of Brooklyn, but it's becoming more international everyday – not least of all because of political developments. For example, the ending of the Cold War resulted in over twelve thousand Russians Jews being allowed to immigrate to Berlin. And in 2004, when Poland joined the European Union, thousands of Poles moved to Berlin, created new businesses and expanded trade relations between Eastern and Western Europe. To cope with a constantly changing environment, I see Berliners letting go of some of that old German rigidity, and developing the quintessential Brooklyn attribute known as, wingin' it': the ability to improvise, adapt and be flexible.

Certain urban trends are being experienced in both cities simultaneously. There's the gentrification of historic, landmark neighborhoods by a moneyed, hipster populace. And the question of what to do with rundown urban areas. Like what to do with those ugly, old, East Berlin social housing blocks, called ‘Plattenbau'. Not to mention their residents; mostly Easterners, who got left behind and lost somewhere after the euphoria of unification. The Plattenbau dilemma directly correlates to Brooklyn's ‘projects' – cheap high-rise complexes, synonymous with ghettos. Neither city has yet found an effective way to deal with these chronic urban issues. 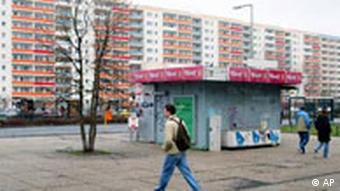 Growing up in Brooklyn, I encountered more survival artists than any other kind of artist. But both cities are now magnets for creative people and full of musicians, performers, fashion designers, and architects who play a key role in shaping local life.

And somehow the residents of Berlin and Brooklyn speak the same lingo - not literally, of course. But if you listen carefully to the local accents, there are similarities in their no-nonsense, direct delivery and intonation. In Brooklyn you might hear something like: ‘hey you! whadda think ya doing? Yu some kindovva freakin' moron, or what?' Here in Berlin that translates into‚'eh, Alter, was machst du denn da? Bist du ein scheiß Blödmann, oder wat?'

Yup. Berlin even sounds like home. And it's music to my ears.