The man who leaked documents revealing the extent of US surveillance of electronic media, Edward Snowden, has been awarded the German "Whistleblower Prize" in absentia. He remains on the run in Moscow. 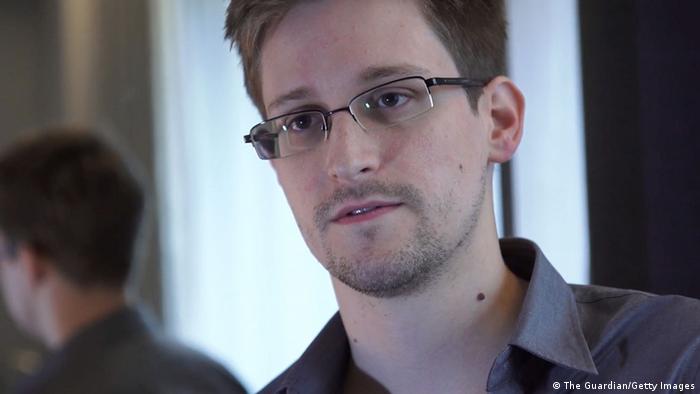 The award goes to people who "reveal grave abuses and dangerous developments for people and society, democracy, peace and the environment in the public interest," watchdog Transparency International said on its website.

Worth 3,000 euros ($3,942), the prize is co-sponsored by the Federation of German Scientists (VDW) and the German section of the International Association of Lawyers Against Nuclear Arms (IALANA). For the first time, Transparency International Germany was also involved in awarding the prize.

Explaining why Snowden received the award, Hartmut Grassl from the Federation of German Scientists said, "An open society needs civil courage and brave people like Edward Snowden, so that abuses are revealed and prevented."

Snowden, a former US National Security Agency systems analyst leaked documents last month that revealed that the NSA had collected phone records, while a second NSA program forced major Internet companies to turn over contents of communications to the government.

Snowden, who is being sought by US authorities, has been staying at the transit zone of Moscow's Sheremetyevo airport for almost a month. He applied for asylum in Russia last week and is still awaiting word of whether the application has been accepted.

'Most of Europe has no whistleblower protection'

The case of Edward Snowden remains in the spotlight. Yet even in Europe, there's little protection for those who point out corruption, crime and wrongdoing, explains Transparency International's Mark Worth. (11.07.2013)

His lawyer Anatoly Kucherena had said that he accepted President Vladimir Putin's condition not to cause further harm to US interests.

Snowden's revelations have also caused a heated political debate in Germany, after a report by news weekly Der Spiegel said documents provided by Snowden showed that German services cooperated closely with the NSA and used its Internet spy software XKeyscore.

Germany's domestic intelligence service BfV has said it was only testing the Internet tool, which Der Spiegel said can store several days' worth of Internet traffic data and content as well as key words from online search engines and Google Maps.

The US documents reportedly also praised the "eagerness" of foreign intelligence service BND President Gerhard Schindler to cooperate more closely with the NSA and said the German government had modified its interpretation of privacy laws to allow more flexibility in data sharing.

With elections set for September 22, the claims made by Snowden, some of them first reported by Der Spiegel, have put pressure on German Chancellor Angela Merkel, who has said she only learned of the program, called PRISM, through media reports.

Reports of German collaboration on the program have angered many in Germany, and awakened dark memories of the surveillance methods used by the Nazis' Gestapo and communist East Germany's Stasi.