A Berlin museum presents more than 90 unusual foods and drinks from around the world — and visitors can even have a taste of some of them. Whether something is a delicacy or disgusting is a matter of culture and habit. 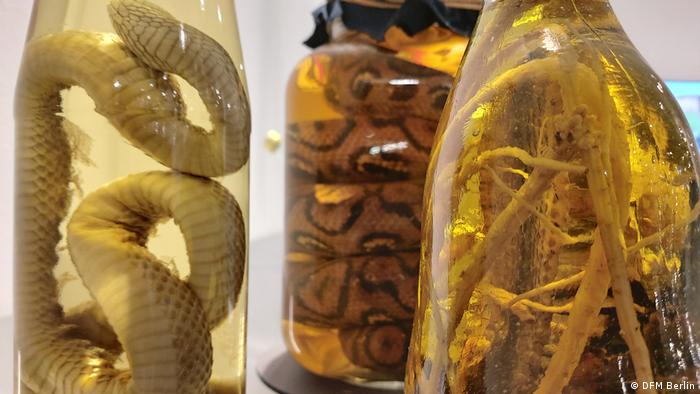 Rice wine infused with snakes, anyone?

What is mouth-watering to some will make the next person feel nauseated, triggered either by the looks of a dish, the smell, the taste or by the way it was produced. For example, people from a certain region in China love snake wine (pictured above). Others, however, are likely to find the idea of drinking an alcohol beverage that also doubles up for the purpose of preserving a snake rather repulsive.

The Disgusting Food Museum (DFM) Berlin presents international dishes including bull penis, grilled dog or cow's blood in hopes of making people rethink the things they consume and perhaps even discover new things. Visitors can even purchase some of the foods in the museum shop, or taste them on site at a tasting bar.

"What is delicious for one person can be repulsive for another," the curators write on the museum website. 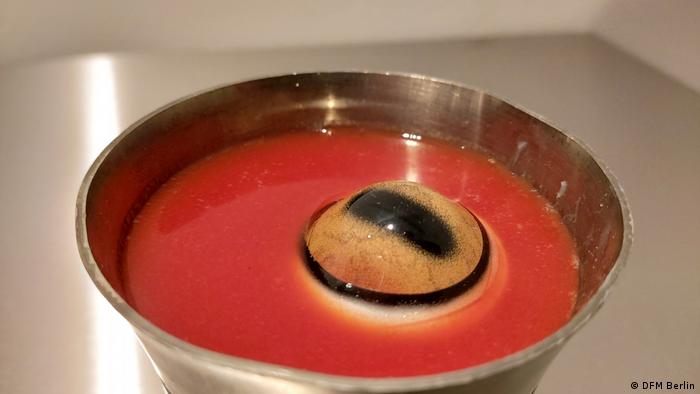 The first DFM museum opened in Malmö, Sweden three years ago amid a lot of media attention. Its aim was to get people to talk about the concept of disgust. And in Berlin, there is a similar focus on visitors' reactions:

Instead of a ticket, visitors in Berlin are handed an air sickness bag at the entrance. Whether they need it or not depends entirely on their individual disgust thresholds. People can get very close to the objects, take photos of them and even smell them, if they dare. For example, one of the things on display for your nose is fermented shark from Iceland, which is considered a delicacy there, but reminds those who aren't used to it of the smell of ammonia. 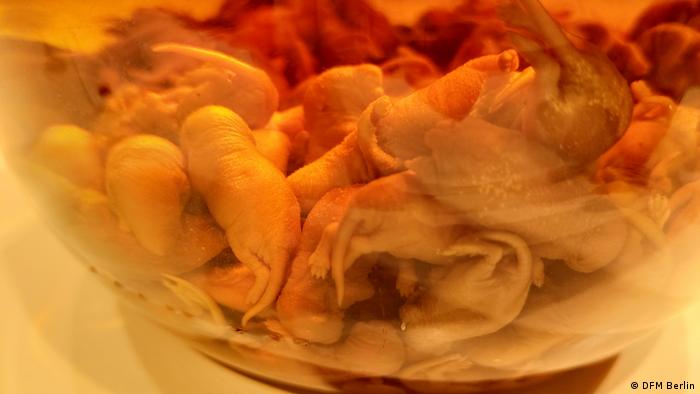 Beauty in the eye of the beholder

Many of the exhibits — grilled guinea pig, a frog smoothie, cutlets made from a cow's udder, mite cheese — can come across as utterly strange to Central European taste-buds. "We are disgusted by things that are foreign to us or too close," nutritional psychologist Bastienne Neumann told the Deutsche Presse Agentur (DPA) news agency in the run up to the museum's opening.

People in Europe simply would not eat dog meat because we have a bond with canines, while eating beef is unthinkable for people in India, where cows are considered to be sacred, she added.

The museum avoids taking a colonialist view on the rest of the world by juxtaposing the international exhibits with similarly bizarre European dishes including foie gras — a delicacy in French cuisine made from abnormally enlarged goose or duck livers — or a German sausage-based dish called "dead grandma." 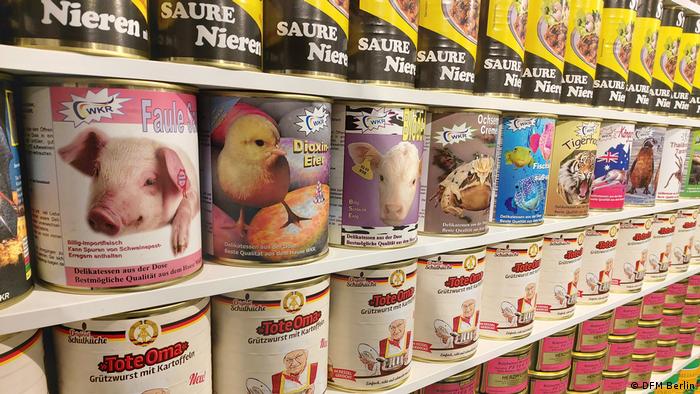 Canned delicacies: The Wall of Disgust

But exploring and putting into perspective the concept of disgust is not the museum's sole mission: "The term disgust triggers something in people," says Völker, who wants the exhibits to attract attention but also educate visitors about issues including sustainability and animal welfare. He adds that no animals were killed to make the exhibition happen.

"Disgust and animal welfare or animal suffering are related, and the exhibits show how we damage the animal environment for what we like to eat or drink," according to the museum, which see itself as an "ecological and intercultural place of learning." 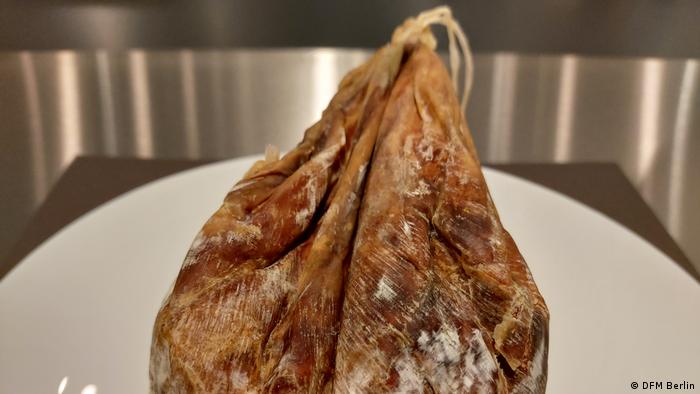 From Sardinia, but not your usual Italian fare: fermented goat's milk in a baby goat's stomach

One of the questions the DFM exhibition raises is what we we may want to eat in the future — and how we may want to both produce and consume it? After all, many of the food items we consider to be staples today didn't exist in the not-too-distant past. Therefore, our habits, tastes, preferences and tolerances are also likely to change in the future with the advent of new foodstuffs.

This article has been translated from its German original.