The smart bandage can monitor chronic wounds using a sensor. It will save time for health care professionals and means patients won't have to make multiple trips to clinics. 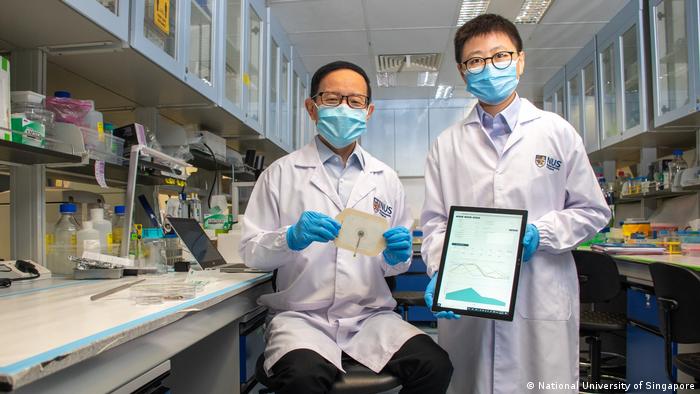 Researchers at the National University of Singapore have developed the world's first smart bandage.

The scientists, in collaboration with Singapore General Hospital, created VeCare, a bandage with a wearable sensor that can conduct real-time, point-of-care assessment of chronic wounds via an app.

It uses sensor technology that can detect temperature, pH, bacteria type and inflammatory factors specific to chronic wounds within 15 minutes.

It's estimated that about 1% to 2% of people in developed countries will experience a chronic wound in their lifetime. VeCare could be particularly useful for people with diabetes who have foot ulcers.

"The VeCare platform is easily scalable and customizable to accommodate different panels of biomarkers to monitor various types of wounds," said Lim Chwee Teck, director of the Institute for Health Innovation and Technology (iHealthtech) at the National University of Singapore. 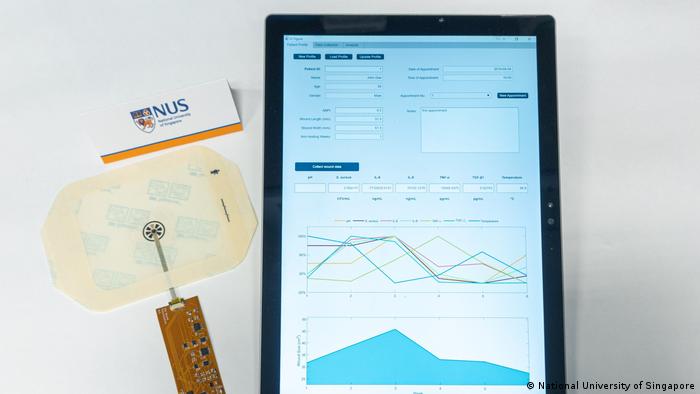 The healing process of chronic wounds can be interrupted by infection and repeated trauma, which causes more pain and stress for the patient. In diabetic patients with foot ulcers, this can lead to more severe outcomes like amputation.

Patients with nonhealing wounds often have to spend a lot of time and money getting tests and treatment to speed up recovery, a process that can take days and multiple visits to clinics.

The smart bandage would mean patients can get advice from the comfort of their own home.

"Point-of-care devices coupled with telehealth or digital health capability can play a significant role in transforming the health care industry and our society," said Lim.

The two types of diabetes

While there are other developments in sensors designed for wound care, they can only monitor a limited set of markers.

VeCare is the first wound assessment platform that can detect bacteria type and probe inflammatory factors within a single 15-minute test.

A wound-fluid collector directs the fluid to the sensor. Then, the chip that is connected to the sensor transmits data wirelessly to an app, providing real-time wound assessment and analysis onsite.

The chip component, which is powered with a rechargeable battery, can be reused.

But the smart bandage isn't available yet. The next step for the research team is to further develop VeCare to meet safety, regulatory and mass production requirements.