A far-right Slovak lawmaker has criticized the legislation, saying the patrols keep public transport safe. But Slovakia's justice minister has warned, "No one can replace the police." 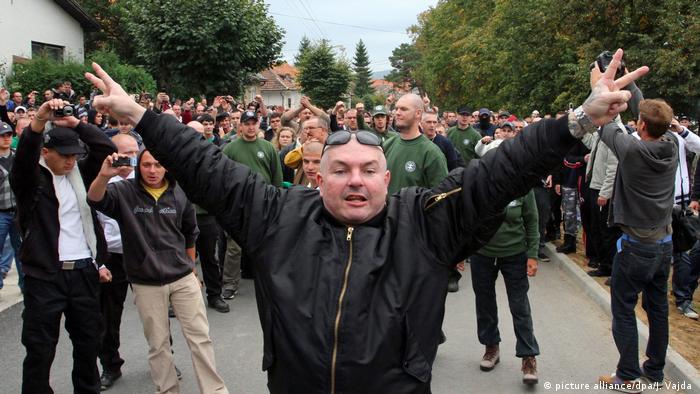 EU needs policies to 'tackle racism at the European level'

Despite the reported existence of the KKK in Germany, the white supremacist group remains rather limited in Europe. But in the wake of the refugee crisis, racism - particularly against black Europeans - is on the rise.

The legal amendment comes in response to members of the far-right People's Party - Our Slovakia (LSNS) irregularly patrolling trains after a 21-year-old girl was assaulted and robbed earlier this year.

"No one can replace the police in this country, and no one should act like it either," Justice Minister Lucia Zitnanska told the local TASR news agency.

The law states that law enforcement agents and train operators are responsible "for public order and protection of rights, lives, property and health of the commuters."

However, the LSNS said it would continue to patrol trains, adding that it is looking at expanding its operations in others parts of the former communist state.

"People in eastern Slovakia are being terrorized by asocial parasites," said lawmaker Milan Mazurek, who is in charge of the patrols, during a parliamentary debate on the legislation.

"When the patrols are in trains, all passengers behave better. We did not have to use force so far - our presence is enough," Mazurek later told Reuters news agency.

LSNS entered parliament for the first time this year, riding on a wave of anti-migration sentiment in the Eastern European nation.

The party's support stood at 8.3 percent in September, when it launched a petition for a referendum to leave the EU and the North Atlantic Treaty Organization (NATO).

Slovakia has a population of 5.4 million, with Roma accounting for some 300,000 of that figure.