They laconically call it the INDIA 2.0 project — on behalf of Germany's Volkswagen Group, Czech-based Skoda Auto is out to secure a stronger foothold on the subcontinent. Doing things locally is its prescribed recipe. 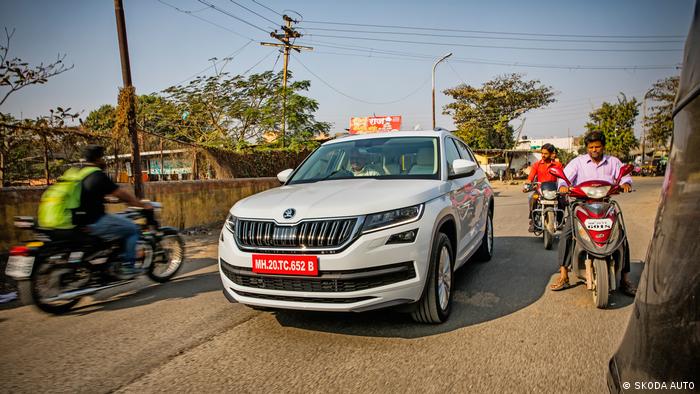 Skoda Auto, a subsidiary of the Volkswagen Group headquartered in Mlada Boleslav in the Czech Republic, is well on its way to playing a much bigger role in India.

The carmaker was picked by the German parent company to pave the ground for the multibrand firm to make and sell a lot more cars on the subcontinent in the near future.

It's not the first attempt, though. The Volkswagen Group had already launched two initiatives to conquer the Indian market. A decade ago, it tried to do so by partnering with Japan's Suzuki. More recently, it had teamed up with India's Tata Motors. But both offensives came to an end even before any new models were developed or produced in the Asian country.

Correspondingly, Volkswagen could easily have called their latest project India 3.0, but it went for INDIA 2.0, probably to make it crystal-clear that this new attempt is different from all those in the past.

For Czech subsidiary Skoda Auto, INDIA 2.0 is of major strategic importance in the coming years as the carmaker is for the first time assuming responsibility for a whole platform — and a whole region.

Skoda Auto will be using a modified version of Volkswagen's MQB A0 platform (A0-IN) that can guarantee all required safety and technology standards.

The platform already meets the stricter legal requirements for India that will come into force in 2020. That's also the year when the introduction of the first Skoda model based on the A0-IN platform is scheduled. 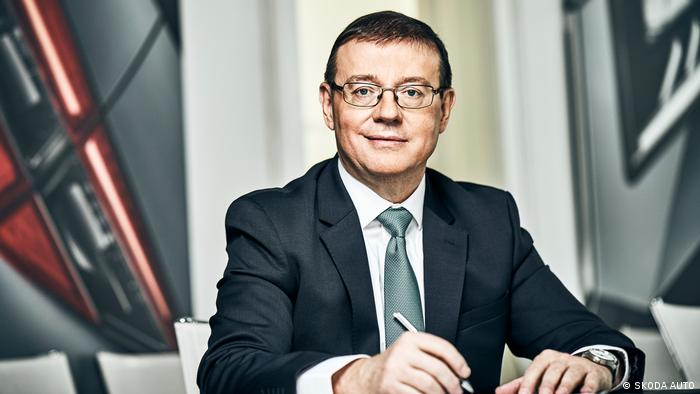 "We're giving our Indian customers a much bigger voice," SKODA AUTO board member for human resources, Bohdan Wojnar, tells DW in an interview. "A lot more of the work is being done in a decentralized way in India this time around," he adds.

"We as Skoda Auto have a lot more freedom and autonomy now, but also, of course, more responsibility."

Models of the Skoda and Volkswagen brands are being specially developed and produced for the Indian market and can later also be exported from there to other nations in Southeast Asia, and perhaps to the Middle East and Africa — at least that's the long-term plan.

"The Skoda-led INDIA 2.0 project will set the precedent through investment optimization and cost-effective product development — a business model that can then be replicated across other emerging economies," the managing director of Skoda Auto India Private Ltd. and Volkswagen India Private Ltd., Gupratap Boparai, tells DW.

Indian car market to take off?

The sale of budget cars priced under $5,000 (€4,480) per unit is still a big thing in India, but as the local economy develops and produces a bigger and more affluent middle class, there's also a growing market for more expensive vehicles. Experts believe that India will soon become the world's third-largest car market after China and the United States. Currently over 3 million cars are sold in India annually, but the number is expected to rise considerably in the years to come.

"Of course, there's still room for improvement for the Volkswagen Group in the Indian market," says Wojnar. "Given the 3.2 million cars sold there annually, there's got to be a bigger slice of the cake for us — current sales figures are simply not good enough." 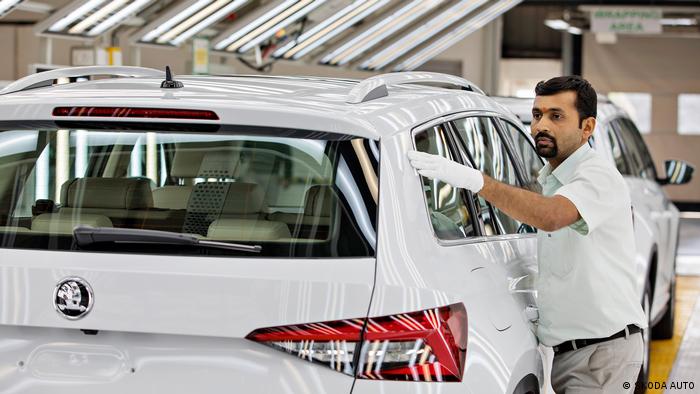 Making tailor-made cars for Indian customers requires a thorough analysis of what clients there really want. SKODA AUTO is in the process of doing just that

The model campaign will begin in 2020 with a Skoda SUV. But SKODA AUTO is also eying the sale of electric vehicles.

"Getting the right infrastructure in place for electric vehicles will not happen overnight in India," Wojnar notes. "But I'm sure that a lot will happen in this regard over the next decade — Skoda Auto stands ready as we're marketing fully electric vehicles, and our Superb hybrid cars for example will also be of value for the Indian market."

Creating jobs on the ground

In January of this year, Skoda Auto and Volkswagen inaugurated a new technology center near Pune, where 250 engineers will be developing tailor-made cars with the aim of making almost all vehicle components in India itself.

But what exactly do Indian clients want? "It's fuel efficiency and cost of ownership that are among the primary determinants for an average car buyer in India," says Boparai. "Having said that, the evolving consumer preferences and trends suggest that safety, followed by technology and digitization, emerge as purchase drivers for consumers here."

But while INDIA 2.0 is currently much talked about, Wojnar warns against losing sight of the tasks at home.

"Our India campaign does not mean we can neglect out job back at home," he says. "We have to thoroughly prepare for the future challenges in the automotive industry as we move toward e-mobility and smart services," Wojnar adds.

"Only if we are able to make a proper job of that at home can we afford to expand abroad."

A closer look at the Skoda Kodiaq RS