US scientists are expected to say they can show that gravitational waves exist, ending a century-long search to prove one of Einstein's theories. Here are six reasons they're so important for understanding our universe.

How have US scientists measured gravitational waves?

What are gravitational waves?

Imagine a tennis ball on the outer edge of a trampoline. It sits there and doesn't move. Then, a small child walks across the trampoline's surface. The tennis ball moves - not drastically, but measurably - as the ripples of energy pass from the child's feet through the mesh fabric and to the ball.

In a similar way, gravitational waves are created by the movement of any mass through space-time, which Physicist Albert Einstein described as a four-dimensional fabric. Violent events like colliding black holes and exploding stars would have the biggest effect on that fabric.

Gravitational waves travel through the cosmos completely unimpeded, similar to how waves ripple across a pool. In theory, that should allow a complete view of the gravitational-wave universe from earth.

Einstein first predicted the existence of gravitational waves a century ago as part of his Theory of Relativity, but even the world's brightest brains have never been able to prove his theory.

Why are they such a big deal?

Einstein described how the "fabric" of space-time is pushed and pulled as objects (like neutron stars and black holes) move through it.

If a cataclysmic event were to happen - like two black holes colliding - the event would create such large waves through the cosmos that they could be measured, even hundreds of millions of light years away. But until now, no technology has existed that has allowed scientists to measure the phenomena.

The team that is credited with proving the existence of gravitational waves would almost certainly win the Nobel Prize in Physics.

Why haven't they been detected before now?

Although many scientists have tried, gravitational waves have never been observed because are so hard to detect.

An extremely sensitive detector is required because, by the time they reach the Earth, the waves have an extremely small amplitude - thousands of times smaller than an atomic nucleus.

Two years ago, astrophysicists at Harvard University found what they believed was the first direct evidence that gravitational waves exist. 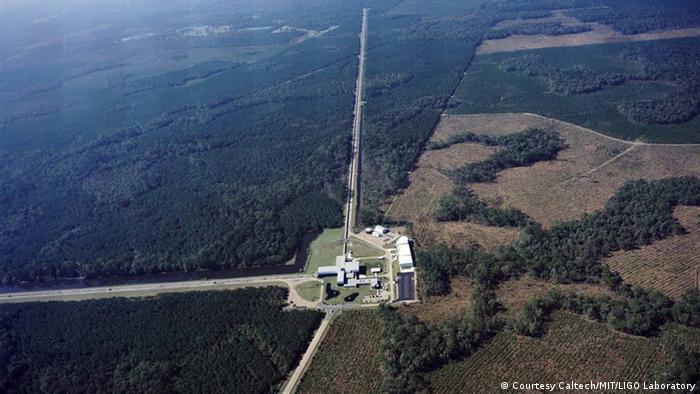 The LIGO observatories in Livingston, Louisiana *(pictured) and Hanford, Washington were upgraded in 2015

But the Laser Interferometer Gravitational-Wave Observatory (LIGO) project, which began in 1992, has sought to find physical evidence of the waves. While their initial attempts failed, their newest technology is four time more sensitive at observing these illusive ripples in space-time.

How have LIGO scientists been studying them?

The LIGO team built two highly-sensitive observatories in the US, about 3,000 kilometers apart (1,865 miles).

The tests they conduct in the tunnels allow them to measure tiny distortions in space-wave time that would indicate the passage of gravitational waves.

By splitting a laser beam and sending it down both tunnels, the beam is then reflected back. But if a gravitational wave moves past, one of the beams would travel further than the other and the mismatch will be measurable with a light detector.

The two different sites allow scientists to compare notes on the timing and direction of the waves. 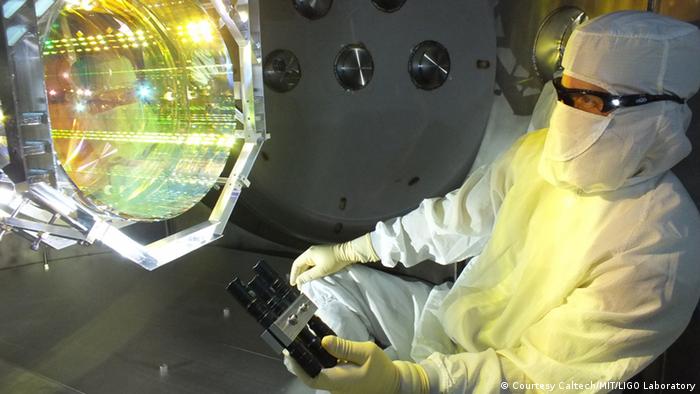 Are the LIGO team the only ones trying to prove they exist?

Globally, more than 70 other observatories exist to detect and triangulate possible signals from gravitational waves passing through Earth.

In addition to the US project, there are gravitational wave research teams based at the Albert Einstein Institute (AEI) in Hannover and Potsdam, Germany, and in Italy.

The German researchers have developed and installed a smaller wave detector, and many of their methods, including signal recycling and monolithic mirror suspensions, are now in use at the LIGO observatories.

What are the benefits of proving they exist?

If scientists have proven the gravitational waves exist, it could completely change our understanding of the universe.

Scientists will be able to better measure the impact of the most violent events in history like the Big Bang, which until now have been too subtle to measure.

We would be able to look into the furthest and oldest reaches of the cosmos. For example, waves created by the Big Bang could give us new insights into how the universe formed.

It would be the ultimate confirmation of the most elusive parts of Einstein's theory.

How have US scientists measured gravitational waves?