′Sitting on the cliff of a species extinction′ | Environment| All topics from climate change to conservation | DW | 03.02.2015

'Sitting on the cliff of a species extinction'

Scientists predict that a large number of marine species could soon become extinct. But Douglas McCauley tells DW it’s not all doom and gloom. 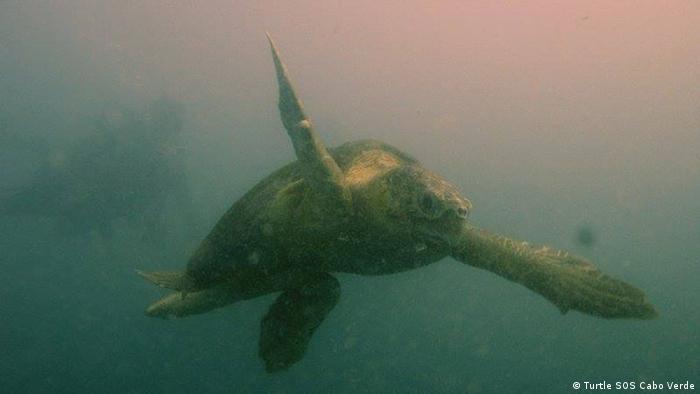 A report published in the journal Science this month analyzed the health of global marine populations and the impact humans are having on it. DW talked to the study's lead author Douglas McCauley

DW: What were the results of your research?

McCauley: The findings basically are a bit of good news and a bit of bad news. The good news is that we haven't kick-started a major extinction event in the oceans yet. And the bad news is that it seems we're changing the way we use the oceans. We're sitting on an extinction cliff now for marine wildlife species. We're seeing mass reductions in the number of a lot of animals - 80 percent declines in some shark and tuna species. Iconic marine animals like bluefin tuna are hovering, particularly in the Atlantic, on the brink of extinction. But there's still a lot of good news in terms of how healthy marine populations are. Extinction, for example, is far behind in the oceans what it is for wildlife on land. There have been, in the past 500 years, 500 animal extinctions on land. And in the ocean, same time period, only 15 animal extinctions. 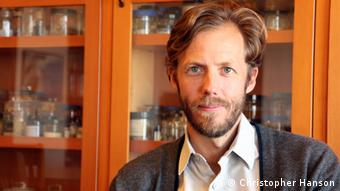 Ecologist Douglas McCauley is an Assistant Professor at the University of California Santa Barbara.

So why are we on the verge of causing unprecedented damage to marine fauna?

Well, something can be learned by lining up what happened on land and what happened in the oceans.What happened on land was that we began targeting wildlife directly, simply by hunting them. We needed hides. We needed food. And so, we went out there and killed and hunted these animals directly. And then there was a transition. We switched basically to going after the habitats of these animals. And this really began accelerating about the time of the Industrial Revolution. This was when we needed more space to put cities. We needed more resources to power factories. And so, we began to use resources and space that wildlife on land themselves needed. The spike in industrialization on land basically co-occurred with a major spike in extinction rates. And our review of the way that we are using the oceans suggests that we may be sitting at the beginnings of a marine industrial revolution. It looks like a lot of different marine industries - from marine farming to mining to shipping to building power plants in the ocean - all of this is beginning to increase at very rapid rates, reminiscent of the early stages of the terrestrial Industrial Revolution. So if what happens to wildlife on land during the Industrial Revolution is any guide for us, we could be looking at a somewhat frightening future for marine wildlife in terms of extinction in the next 50 to 100 years.

Which species are hovering on the cliff of extinction?

Perhaps, not surprisingly, a lot of marine animals that set a flipper or foot, at some point in their life history, on land are the kinds of species that are most at risk in the future.

How hard is it to determine marine extinction rates?

The thing to keep in mind is that we know less about the oceans than we know about terrestrial wildlife populations. We know less about extinction in the oceans generally because it's a much harder environment for us to study extinction. You can get a sense of this if you imagine how long it took us to find the Titanic. This is probably the most famous ship in history, greater than 100-foot; yet it took us decades to locate this thing on the bottom of the sea floor. So, as we search around for the last members of some of our marine animal species that we know are under threat, it is incredibly hard to determine whether they're gone or might still be out there in the ocean. So, all of these reports on extinction rates have to be viewed as absolute minimum estimates. 15 animals extinct in the oceans in the last 500 years - that's an absolute minimum number. Unfortunately, due to the uncertainties in the ocean, that number now is likely to be much higher. 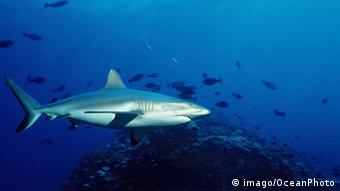 Scientists are seeing reductions of shark populations of up to 90 percent.

What effects does losing a marine species like a shark, for instance, have on its surrounding environment?

Losing an animal like a shark from the oceans is obviously bad. Even reductions in their number have a catastrophic effect. We call this "local" or "ecological extinction." That is when an animal becomes so rare that they're just no longer doing their ecological thing in the oceans. You can't detect the role that it plays anymore. Sharks exert top-down control on communities. They help keep things functioning the way they have for thousands of years, keeping things in balance. And when they go, or become extremely rare in the seas - and sharks are certainly more rare than they have ever been before with reductions in populations of 80 or 90 percent - those functions they deliver go totally extinct.

What is posing the largest threat to marine animals?

What will be posing the largest threat in the future is this industrialization of the ocean. There are some specific examples - factory farming in the seas. We are beginning to farm with more and higher intensity in the oceans. The projections suggest, in the next 20 years globally, more fish will come to our plates from farming than will come from wild harvest. Another kind of industrialization in the oceans that's really important to pay attention to is this growing industry of marine mining. It's truly an underwater gold rush. So far, a million square kilometers of seabed have been licensed for ocean mining. So we're just about to see this industry take off. And there's a lot of concern and uncertainty about what it's going to do to seafloor ecosystems - the animals that use the oceans.

All of this industrialization of the oceans is going to be necessary. We need energy, and we need more food from the seas. It's just a matter of not letting it run wild. It's a matter of thinking carefully and intelligently about where we put this new development of the seas. 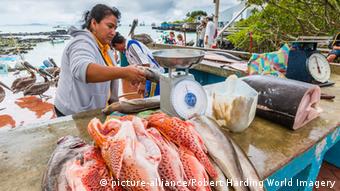 Endangered species are often found in seafood markets and restaurants.

So what needs to be done to prevent marine animal extinction?

We're sitting on the cliff of a species extinction in the oceans. And there's a pretty big difference between trying to save somebody sitting on a cliff and somebody falling off a cliff. So, we have an opportunity to chart a much healthier future for marine wildlife. Certainly, we have to address climate change. We need more parks for wildlife in the oceans, more marine protected areas. And we need to be smarter about what we eat from the seas. There are a lot of endangered species in seafood markets and restaurants.

Douglas McCauley is an Assistant Professor of Ecology, Evolution and Marine Biology at the University of California Santa Barbara.

WWF, Greenpeace and others are bringing legal action against Germany's environment ministry for failing to prevent harmful fishing practices in protected areas of the Baltic and North Seas. (29.01.2015)

'One in five fish linked to illegal activity'

The EU has imposed sanctions on imports from Sri Lanka's fisheries after the country failed to curb illegal fishing. Tony Long of The Pew Charitable Trusts tells DW how new technology can help ports tackle the problem. (28.01.2015)