Former prime minister Silvio Berlusconi yet again has appealed to his fellow Italians. He sees himself as a victim of the courts and lawyers and has vowed to fight on against what he views as a defamation campaign. 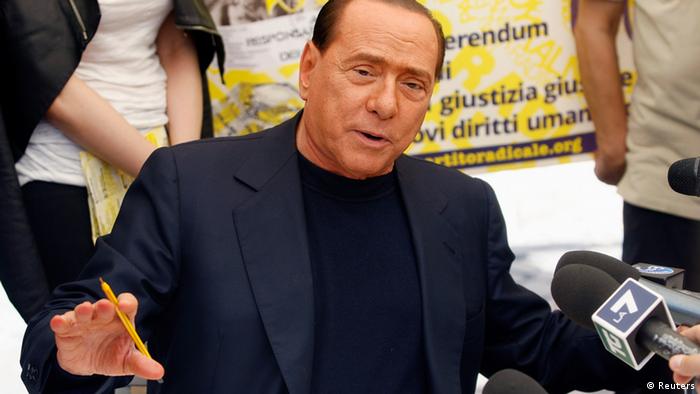 It should all be rather simple. According to Italian law, a parliamentarian convicted with a sentence of more than two years has to resign from his political office. Silvio Berlusconi has been sentenced to four years in prison. And yet he's still sitting in the Senate. The vote on whether he'll be forced out has been postponed several times and it's still not clear whether, or when, he'd have to go.

As usual when things get tight, Berlusconi plays for time - time, perhaps, to buy the necessary votes, or set up a backroom deal? It's a legitimate suspicion, as there have been plenty of rumors in the past over such illegal, yet rather effective, ways to win the favor of other delegates.

In 2006, Berlusconi allegedly got then-Prime Minister Romani Prodi ousted by paying three million euros to Senator Sergio De Gregorio and his foundation to convince him and a few fellow delegates to switch sides in parliament.

There's a court case under way in Naples and De Gregorio personally accuses Berlusconi of having bribed him. It's only one of several trials currently under way against Berlusconi.

A victim of the judiciary

Silvio Berlusconi is portraying himself as the favorite victim of the Italian judiciary. He talks about a plot to eliminate him through the courts, because politically simply no-one is a match for him.

In a 16-minute video message addressed to the Italian people, which Berlusconi recorded from the desk in his villa, the former prime minister accused judges and prosecutors of seeking to destroy him, his family, friends and employees by fabricating accusations without having a single shred of evidence.

Also in the video, he claimed to have gone through some 50 trials without ever having been convicted. According to Massimo Gianni of left-leaning daily La Repubblica, this is a lie. "Six lies in 16 minutes," says Gianni. 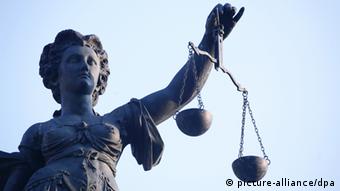 According to Berlusconi he's merely a victim of an activist judiciary

The video comes across as somewhat unintentionally funny. Berlusconi gets himself worked up and by the time he theatrically calls on every Italian who loves their country to rebel, the speech turns from self defense into campaigning.

Just like 20 years ago he promotes Forza Italia as the party of the honest and hard working citizen trying to resist the pressure from a tax-greedy government. It's a surreal video that immediately has attracted a wide following on social media and the online websites of Italian media. A mix of ridicule and irony with hundreds of answers - some of a more and some off a less serious nature.

Berlusconi did not bring up the current government under Enrico Letta, but the cabinet of Letta's Democratic Party is nonetheless concerned over the stability of the current coalition. The ministers fielded by Berlusconi have repeatedly threatened to quit their posts should their boss get thrown out of the Senate.

Berlusconi's PDL party has become tied together by a sense of solidarity, seeing the party's fate as dependant on Berlusconi. Should he fall, the entire party would collapse like a house of cards. The PDL members appear like foot soldiers of a ruler who doesn't accept dissenting voices. Not wanting to saw the branch they're sitting on, they repeat what Berlusconi tells them.

Still a future in politics?

The decision to make Berlusconi leave the Senate will come, the clock is ticking. But although it will be difficult, the 76-year old does not plan to give up his political ambitions. Quite the contrary: He just opened the new party headquarters of Forza Italia and has announced that he will continue in politics even if he loses his seat in parliament. The top candidate for the next election could in fact be his eldest daughter Marina, who's already part of her father's business and media empire.

Could Silvio Berlusconi's sentence at Italy's highest court on Thursday bring the Italian government to its knees? His supporters talk of "civil war" if Berlusconi is not allowed to continue practicing politics. (05.08.2013)

Italy's highest court has handed ex-leader Silvio Berlusconi a final conviction for tax fraud. But house arrest rather than a jail sentence is looming. And political reverberations could affect the country's government. (03.08.2013)