The United States is the largest market for German engineering and electronics giant Siemens. The company is now taking a strategic approach to further expand its scope of activities in the country. 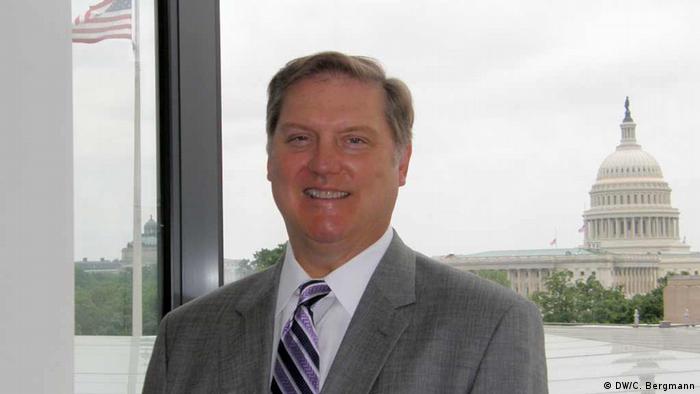 Do something good and let people hear about it - that's how you could define one part of Siemens' corporate strategy in the US. The initiatives include vocational training for veterans, a modern express train running on renewable power and job training for unemployed people followed by employment at its gas turbine factory in Charlotte, North Carolina. Every major project tackled by the German company seems to be thoroughly planned to achieve results.

The "Siemens Answers" advertising campaign is "not necessarily promoting a particular product, but instead it shows that Siemens USA is helping to overcome big challenges," said Eric A. Spiegel, CEO of Siemens USA, in an interview with DW.

Spiegel, 54, is reputed to be an outstanding manager. For 20 years, he worked for technology consulting firm Booz Allen Hamilton, which primarily provides services to civilian government agencies and defense and intelligence agencies. He has lived in Asia, Europe and the Middle East, and since January 2010 he has held the post of Siemens USA CEO. One of his recipes for success is maintaining strategic contacts - which is why the Siemens offices moved from New York to Washington in 2011.

It is clear that Siemens wants to make a name for itself beyond the consumer and business world. And proximity to government officials and members of Congress is vital for such ventures. According to Spiegel, government contracts currently make up 5 percent of Siemens USA's sales, but the plan is to increase this figure. This is why the Siemens Government Technologies subsidiary was founded - and it is equipped to carry out "top-secret" assignments. 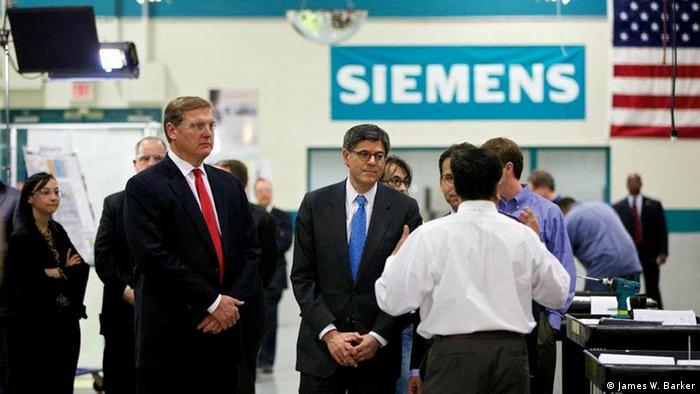 Could this be the reason why Siemens has already been mentioned two times in Barack Obama's speech on the state of the nation? Spiegel reacts to this question with a modest smile.

"I don't know if the president is even aware of this subsidiary of ours," Spiegel said. "The reason for the mention is that Siemens is seen as a company that does the right thing in areas where the US government wants to see progress."

The Siemens portfolio is a good match for the government's program, which includes initiatives such as developing an affordable health care system, promoting renewable energies, saving energy and improving the transport system.

The good relations with US officials are also helpful in another way: overcoming hurdles caused by a policy to assign governmental projects to American-owned companies that many US states and the US government have adopted. Here, according to Spiegel, effective lobbying is bearing fruit: "It's not so much of a problem as it was in the past." Aside from that, Siemens USA can feel at ease presenting itself as an American company. "We have over 60,000 employees, over 130 manufacturing plants, and we service all 50 states," said Spiegel.

It also helps that Spiegel is an American. Even though the company has good transatlantic relations (company CEO Peter Löscher spent a long time in the US and Spiegel himself has German ancestors), when it comes to business, Americans expect "that a CEO understands the people and the culture, as well as how business is done here and how politics functions," explained Spiegel. And this, of course, is not always easy. 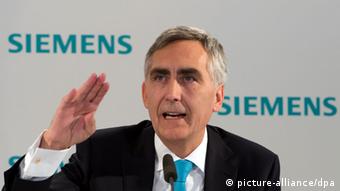 The challenges of international business become very evident every once in a while. In May of this year, CEO Peter Löscher was forced to issue a profit warning and lower the outlook for the current financial year. The reason was a delay in delivering Siemens trains, the unsuccessful integration of wind farms in the North Sea and significant losses in the solar energy business. The global economy could not be relied on either: the factory machinery business was not doing well in China or in the US and the US is Siemens' largest market, representing a quarter of its total business. However, Spiegel is optimistic, even with regard to the wind-energy industry: "We have a good feeling about the long-term forecasts for the wind industry in the US, although the growth rate will decrease."

A good reason for Siemens to expand business in the US is the country's low energy costs, which are largely due to oil and gas extraction through fracking. At the same time, how can fracking - a disputed practice due to its effects on the environment - be reconciled with Siemens' "clean" image? According to Spiegel, the company will aim to include clean solutions - and he points out that 40 percent of Siemens' business classifies as eco-friendly.

Spiegel believes that the "Germanness" of Siemens will remain an asset, even if the company's products bear the "Made in USA" label, due to the company's long-established business tradition. "What we always emphasize is that Siemens has been around since 1847, so for over 160 years," said Spiegel, pointing out that few companies have such long histories.

Aside from being able to adapt to the changes that come with time, another aspect that Spiegel considers important for a company's success is good employees. As an example, he points to the woman sitting to his left during the interview: head of communications Camille Johnston, who previously worked as spokeswomabn for First Lady Michelle Obama and belonged to President Obama's team of advisers.

Spiegel does not dwell on the details of his relationship with Barack Obama and other government representatives. He briefly mentioned that he shared a table with German Chancellor Angela Merkel and US Secretary of State Hilary Clinton during Merkel's official visit. However, when it comes to ideas for modernizing US infrastructure, he does have a few words to say about Barack Obama: "The president and businesspeople are on a lookout for companies and public-private partnerships."

The country's crumbling infrastructure will be a point of focus in the near future. The American Society of Civil Engineers has estimated how much it will cost to bring America's bridges, roads, rail tracks and electricity networks up to standard: two trillion dollars.

Cartel accusations against Siemens in Brazil

German engineering giant Siemens self-reported to avoid criminal proceedings for its alleged involvement in a railway price-fixing cartel in Sao Paulo and Brasilia. (18.07.2013)

Germany's leading foreign trade organization has questioned any swift eurozone recovery. Presenting an outlook in Berlin, the BGA announced that overseas markets would gain in importance for export-oriented Germany. (29.04.2013)

US President Obama lauded German investments during a visit to Daimler subsidiary Detroit Diesel. And German firms are full of praise for the US as a business location, with its advantages of cheap energy. (11.12.2012)