The decision by US Senate Democrats to try to prevent a vote for Republican Supreme Court nominee Neil Gorsuch will likely lead the GOP to trigger the so-called nuclear option. That has never happened before. 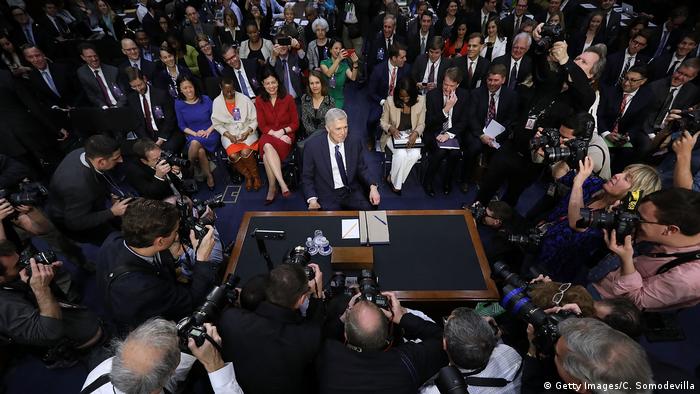 You better get used to hearing the words filibuster and nuclear option used in one sentence in the coming days. You could be forgiven for associating them more with a potentially new warning issued by North Korean leader Kim Jong Un or a cryptic tweet by US President Donald Trump, but they concern the looming showdown in the US Congress.

That is because Senate Democrats, the minority party, have now declared their intention to try to block the chamber to vote on the confirmation of Neil Gorsuch, a Republican judge, nominated by President Donald Trump for the Supreme Court to replace the late conservative justice Antonin Scalia. Since Scalia's death over a year ago, the Supreme Court has had just eight judges instead of the usual nine.

This kind of obstruction tactic, also called a filibuster, is usually carried out by extending the debate on the Senate floor through continued speaking and thereby preventing an end of the discussion and a call for a vote. It is a traditional Congressional tactic and is regularly used by both parties. Republicans, who currently hold 52 seats in the Senate, would need 60 votes to break a Democratic filibuster - an unlikely scenario if Democrats act in unison. 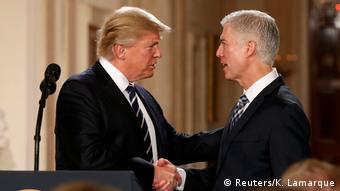 What makes the fight over the Gorsuch nomination special is that using a filibuster to try and block a Supreme Court nominee is rare. But what is even rarer - in fact it would be unprecedented - is that Senate Republicans are mulling the so-called nuclear option to overcome the Democratic blockade and get Gorsuch approved anyway.

To do that, Republicans could simply vote to change the Senate rules so that a simple majority instead of a three-fifths majority is enough to confirm Gorsuch. While Democrats had paved the way by invoking the nuclear option to prevent filibusters for executive branch positions and to all judgeships during the Obama administration, it has never been done for Supreme Court nominations.

"From my point of view it is a little disappointing that there wouldn't be a direct vote on the issue," said Steven Smith, a political science professor at Washington University in St. Louis, who has written several books about the filibuster and Congress. Smith predicts that Senate Republicans will move to change the rules if they can't overcome a Democratic filibuster and that Gorsuch will ultimately be confirmed.

Burdett Loomis, an expert on Congress at the University of Kansas, agrees that Republicans will likely resort to the nuclear option, but questions the Democratic strategy behind the move to force the issue. 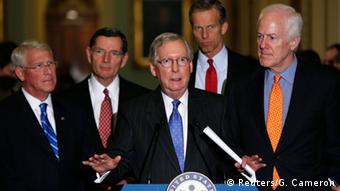 "I would wait," said Loomis, arguing that Gorsuch not only did well in Democratic questioning in Congress, but that he is at least a known quantity in that he holds clearly defined if staunchly conservative views. "The next one might be different," he said, meaning that the next nominee might even tack more to the right, but then Democrats would have already lost the filibuster option because they used it now on Gorsuch.

Washington University professor Smith disagrees: "It is hard to imagine a nominee who is more conservative than Gorsuch," he said.

As an example of why Gorsuch is opposed by many Democrats, Smith cites the nominee's view that judges should get more involved in evaluating the appropriateness of rules and regulations and less deference than right now should be given to government agencies. In other words, judges should have more leeway to check and challenge policies implemented by government entities.

Another key reason why Democrats might oppose Gorsuch is out of fear he might eventually join other conservative judges and overturn Roe v Wade, a landmark decision from 1973 that guaranteed a woman's right to an abortion. During his hearings, however, he hinted at his reluctance to do so.

And finally Democrats may also just be itching to hit back at Republicans who consistently blocked a vote for former president Barack Obama's Supreme Court pick, Merrick Garland. 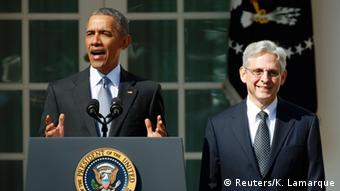 "Many Democrats make the argument that the only way to punish the Republicans for their nearly year-long obstruction to their nominee last year would be to filibuster the nomination this year," said Smith.

All of it - the filibuster and the nuclear option in the Supreme Court - not too long ago would have been considered extreme political behavior, noted the scholars. Not anymore.

"In our hyper-partisan era I don't think it is unreasonable to have a simple majority on a Supreme Court nomination," said Loomis, since getting enough votes from the other party to confirm a nominee is hard to fathom these days.

"The partisan divide in the direction over policy and the kind of court we should have really could not be deeper," said Smith.

Supreme Court nominee Neil Gorsuch has described US President Donald Trump's attacks on the US judiciary as "disheartening," according to a Democratic senator. A Trump tweet for his daughter Ivanka has also drawn rebuke. (09.02.2017)

The son of US president Trump caused a stir when he criticized an old tweet by London's mayor about the reality of terrorist attacks on big cities. Critics accused Trump Jr. of using terror attack for "political gain." (23.03.2017)