Author Sherko Fatah has been recognized by the Academy of the Arts in Berlin. His work deals with the tensions between Europe and the Arab world. 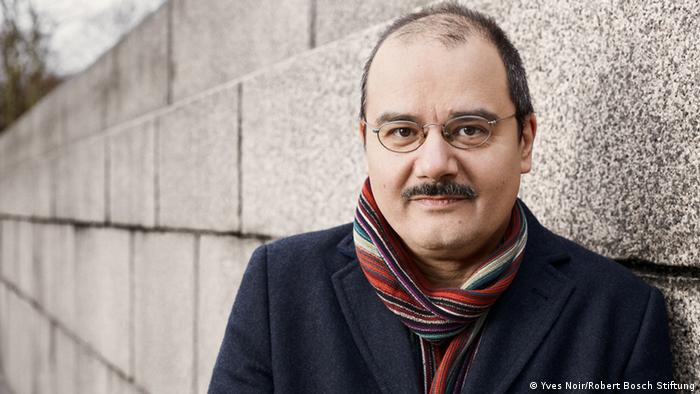 His literature is inherently political with an existential urgency - a rare talent, according to the jury. The prize was awarded to Fatah in Berlin by Berlin Mayor Michael Müller and the President of the Academy of the Arts, Klaus Staeck. The Berlin Art Prize is worth 15,000 euros ($16,000).

Sherko Fatah is the son of an Iraqi Kurd and a German mother. He was born in 1964 in East Berlin. In 1975 the family left for Vienna - eventually settling in West Berlin, where Fatah studied philosophy and art history. His life is marked by two languages, two cultures and two Berlins. He regularly visited friends in Iraq during his formative years, where he experienced first hand the misunderstandings between the Arab world and the West. In 2001 he published his debut novel, "The Borderland." His most recent work, "The Last Place," was released in autumn 2014 and centered on the kidnapping of a German and his translator by an Islamist terrorist group in Iraq.

The Academy of the Arts has awarded the prize - officially titled the "Berlin Art Prize - Jubilee Foundation 1848/1948" - on behalf of the State of Berlin since 1971. The award was established in memory of the March Revolution of 1848 by the Berlin Senate. It is awarded annually on March 18 - and includes six smaller art prize recipients, who each receive 5,000 euros.

Literature festival with the wow factor

Readings are dull? Think again! Cologne has pulled out all the stops for the lit.Cologne festival, with comedians and actors joining bestselling authors to spice up readings. And much more beyond. (18.03.2015)

In Leipzig, a poet, historian and translator win big

One of Germany's largest cultural events, the Leipzig Book Fair has kicked off, with 2,200 exhibitors set to attend the four-day event. For the first time, the fair honored a poet with its annual fiction prize. (12.03.2015)

As Germany and Israel look back on 50 years of diplomatic ties, Germany’s Commissioner for Culture tells DW why relations are so strong. She also explains the pitfalls of TTIP - and which book she’ll read next. (13.03.2015)