Shenzhou 8 a milestone for Sino-German cooperation | Asia| An in-depth look at news from across the continent | DW | 01.11.2011

Shenzhou 8 a milestone for Sino-German cooperation

The Chinese unmanned spacecraft, Shenzhou 8, has successfully docked with the Tiangong 1 ('Heavenly Palace') module after its takeoff on November 1. 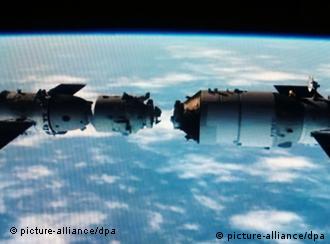 China has been successful in its first try at docking

The Shenzhou 8 is now locked in with the 10.5-meter-long Tiangong at around 340 kilometers above the earth. Chinese Prime Minister Wen Jiabao and several other leaders monitored the docking, which was broadcasted live on state television.

The Shenzhou 8's mission is expected to take 17 days, after which it will return to earth and land in the Chinese desert. This is the first time China has tried its hands at docking and Wednesday's success counts as a further step in the country's ambitious efforts to create a space station by the year 2020, which could possibly replace the International Space Station (ISS). 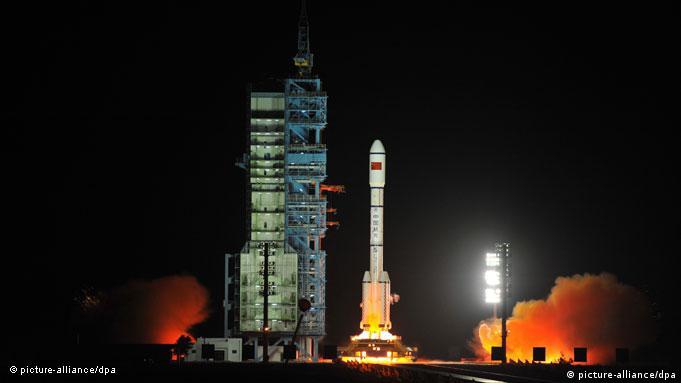 The Shenzhou 8 has docked with the 'Heavenly Palace' (Tiangong 1)

Scientists at the German Aerospace Center (DLR) in Bonn are excited about the Shenzhou 8 as the shuttle is carrying the so-called SIMBOX (Science in Microgravity Box), which contains 17 experiments created by German and Chinese researchers in the fields of biology and medicine.

The SIMBOX is approximately the size of two shoe boxes; each of the 17 experiments are contained therein in their respective compartments, each of which are about the size of a smart phone.

The scientists are aiming at studying how cancer cells and the human immune system react to conditions in outer space. Another experiment aims at finding an explanation to the question why plant roots grow downward and their sprouts grow upward. The researchers are hoping to gain insight, for example, into the effects of zero gravity on the human body, for the upcoming manned space mission.

Gerd Gruppe of the German Aerospace Center explains that the importance of the SIMBOX reaches further than this test mission. "The SIMBOX is the beginning of a new era," says Gruppe, referring to the Sino-German aerospace cooperation, which has begun with the SIMBOX project. In fact, this is the first time the Chinese have ever cooperated with foreign experts on the Shenzhou space missions.

Both sides stand to gain 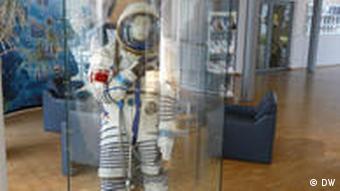 Scientists at the DLR can simulate conditions in outer space

The high costs incurred in space travel are a big reason why international cooperation in this area is gaining more importance. The Sino-German alliance recognizes Germany's leading position in research under space conditions. Germany, on its part, will gain a new partner in addition to the US and Russia in aeronautics research.

For China, the international cooperation is a matter of prestige – it demonstrates that other countries have faith in its space travel technologies. "When it comes to space travel, China is quite developed. Technically they are at a very high level," says Preu. That, however, does not mean there have never been any differences of opinion. Preu points out that it was not always easy to smooth out differences in work ethics, safety standards and technology. But after three years of preparation, both teams have managed to work it out. 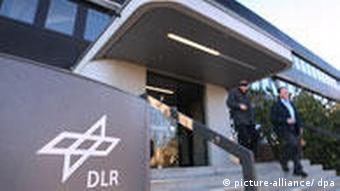 Researchers at the German Aerospace Center are collaborating with Chinese scientists

Technological cooperation between the two countries dates back to the 1980s. Since 1996, the DLR and the Chinese Academy of Science have been organizing workshops together. This partnership has created a lot of trust between the two, says Gerd Gruppe.

Some critics are worried that the cooperation will give China the opportunity to copy German technology. But Michael Lebert, Professor of Cell biology at the University of Erlangen-Nuremberg and one of the scientists involved in the SIMBOX project, says while the high-tech components can be copied, "the experiments themselves contain a certain level of expertise, and that cannot be stolen very easily."

The experimental module Tiangong 1 was only launched around four weeks ago and is the beginning of much bigger plans; Within a year Beijing plans to set up a satellite-based navigation system. Within two years, it wants to launch an unmanned mission to the moon. By 2020, if all goes according to plan, China will be sending manned spacecraft into outer space.

Next year two to three taikonauts (astronauts from China) are expected to fly to the space module Tiangong on the "Shenzhou 10" mission to start working on the Chinese space station. China is part of the exclusive group of three nations, including the US and Russia, to have successfully sent a mission into outer space.

China has launched an experimental module into space ahead of National Day celebrations. The lauch has been hailed as a 'milestone' for the country's space program. (30.09.2011)

An unmanned Russian cargo spacecraft has crashed back to Earth in Siberia after blasting off towards the International Space Station on Wednesday. Officials have said the six ISS astronauts still have plenty of supplies. (25.08.2011)

China's first aircraft carrier set sail on its maiden voyage from the northern port of Dalian on Wednesday. The ancient Soviet vessel is over 300 meters long and can accommodate a 300-member strong crew. (11.08.2011)