Shale gas could ensure Poland′s independence from Russia | Europe | News and current affairs from around the continent | DW | 17.11.2010

Winter is approaching - a time in which Europe particularly feels Russia's grip on the energy market. This power play has caused Poland many headaches. But new know-how in gas production could mark a turn in events. 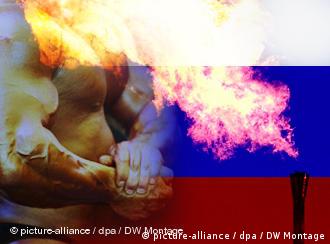 Russia often flexes its muscles over gas deliveries in winter

Practically every winter, Russia and its neighbors Ukraine and Belarus disagree on gas supply technicalities. This dispute has endangered deliveries to Poland.

The Baltic Sea Pipeline, which will connect western European markets with major Russian gas fields, has made matters worse. Warsaw's politicians feel they will be at Moscow's mercy because Russia can then shut off the supply without endangering its deliveries to Germany.

But this headache could soon be over. The largest deposits of shale gas in Europe are assumed to be located on Polish territory. New technology from the United States could make it possible to exploit these gas reserves. Test drillings are planned all across the country.

According to geologists, Poland could become the largest gas supplier in Europe after Norway and Russia. It would make the eastern European country rich - much richer than previously assumed, said energy expert Pawel Nierada from the Sobieski Institute in Warsaw.

"Conservative estimates already show that Poland could suddenly become a serious exporter on the European gas market," Nierada said. "The reserves exceed our country's consumption many times over. It's hard to imagine what it would be like if the more optimistic estimates of the US government were to turn out to be true. Then, here in Poland, we would have more gas than Norway." 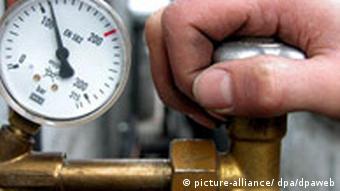 Poland could soon control its own gas distribution

Natural gas which is produced in Europe and Asia has so far been relatively easy to access. It lies in enormous bubbles under impermeable layers of earth, for example out of clay. Shale gas, on the other hand, is located in the middle of rock beds.

It's nothing new that this valuable resource exists there. But no one was ever interested in it before, because production was considered to be difficult and therefore uneconomical. But that has changed.

In the United States, shale gas already covers 20 percent of gas consumption. New technology used over the past few years has made this possible. Special drills first make their way into the ground vertically and then, when they reach the rock bed with the gas, bend into a horizontal position. There, they pump a chemical liquid into the ground, which causes the rock bed to burst open. The gas can then flow.

But many people are skeptical about this procedure, Nierada said.

"There are also critical voices which say that the technology is still in its infancy - the experts from the Russian gas company Gazprom, for example," he said. "But in the United States, the production works. And international firms believe it will be successful in Poland, too. Otherwise, they wouldn't have already invested so much money in licenses and test drilling."

The Polish government has already issued some 60 licenses for test drillings, mainly to American companies. It's no wonder that this is cause for concern further to the east - in Moscow. After all, gas exports make up a significant part of Russia's gross domestic product. They could stagnate or even decrease as a result of the Polish finds.

Gazprom has already admitted that it isn't able to sell as much to the United States as it used to because of the shale gas reserves there. In a report, the company even said shale gas could "fundamentally change" the worldwide gas market.

US officials have billed shale gas a clean alternative, which could dominate the gas market by 2030. But despite its growing use there, shale gas extraction has caused controversy. The hydraulic fracturing, or fracking, used to force out the gas has been a point of debate.

Earlier this year, the Environmental Protection Agency asked gas companies to reveal what chemicals are used in deep extraction, addressing concerns by residents that the fracking had contaminated their drinking water.

In the documentary "Gasland," which won the Special Jury Prize at this year's Sundance Film Festival, filmmaker Josh Fox showed families in a drilling area whose tap water was even flammable.

In addition, environmentalists have pointed out that the cleaner burning effects of shale gas were lessened when factoring in the energy expended to extract and transport it.

Production in Poland could begin in ten years at the earliest, gas companies said. But experts think it could start earlier. Then, the country could fulfill a dream it has had for hundreds of years: to be economically - and therefore also politically - independent from Russia. 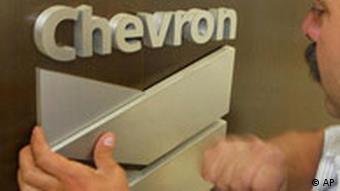 In spite of that, though, politicians across the spectrum have been slamming on the brakes, such as economics minister Waldemar Pawlak.

"Up till now, shale gas has been more of a media phenomenon," Pawlak said. "We still don't know how difficult it will be to produce in Poland. It will also be more expensive than gas from conventional sources, because more drilling is necessary for the same amount of output."

Poland's president Bronislaw Komorowski has been skeptical, too. He said that all those production towers across the country would be an eyesore.

Even if there are factual reasons for the skepticism, experts have long criticized Polish politicians for being too passive. For years, Poland has relied on imports from Russia without even considering the exploitation at least of conventional gas resources in the country. This was mainly due to the monopoly of the state-owned gas firm PGNiG.

"The company was never interested in producing gas itself," Nierada said. "It earned its money very easily, after all, by buying gas from Russia and simply adding its margin. The company didn't care about how high the final price was."

This passivity is now costing Poland dearly. In order to have enough gas for the coming winter, the state-owned company had to close a deal with Gazprom for additional gas deliveries. It even risked a battle with the EU Commission, as Brussels said Russia was dictating unacceptable conditions. The two sides finally reached an agreement at the end of October ensuring deliveries of Russian natural gas until 2022.

But such problems will possibly no longer exist in a few years - at least, not if Poland turns into a European Kuwait.

The Russian energy giant is reportedly offering Germany's RWE a role in its South Stream pipeline venture to supply natural gas to Europe. But RWE is already a key member of the rival Nabucco project. (12.07.2010)

Russia and Belarus have kissed and made up after a dispute that resulted in cutting gas supplies to Europe. But Belarus may see increased competition coming from Ukraine, which wants to form a partnership with the EU. (02.07.2010)