Sex in times of the coronavirus

Social distancing is the order of the day, so it's not a good time for sexual contact. It'll be toughest for single people. But for couples, isolation could prove to be a second honeymoon ... or hell on Earth. 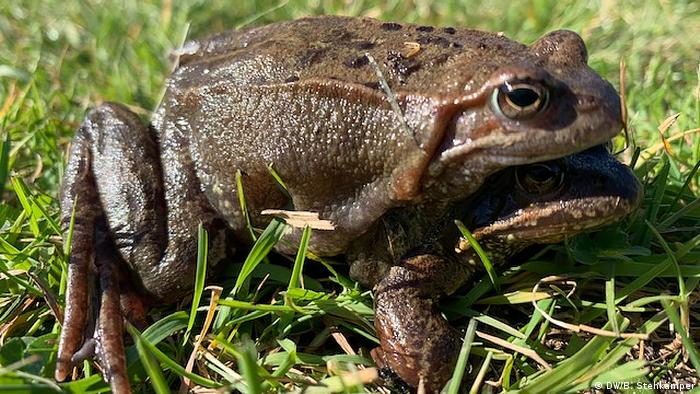 The coronavirus is changing everything, including our sexual relationships. The most obvious sign of that in Berlin was evident one Friday evening in mid-March: The doormen had disappeared from Insomnia, the German capital's famed club for swingers, fetishists and hedonists, along with the otherwise usual line of sexual libertines along the sidewalk.

Instead, there was only a note on the door announcing that the Berlin state government had ordered all clubs to be shut down. On the club homepage, Insomnia manager Dominique and the team posted an optimistic message: "Stay healthy, protect yourselves, and hopefully we'll be able to party together in five weeks' time."

Bad time to be single

Though Berlin's clubs were already closed, restaurants and cafés were still open in mid-March. As one young woman sitting with her friends outside a bar in the spring sunshine told DW with a laugh: "The coronavirus had to come in spring, of all times. Doesn't look good for us singles."

Soon afterwards, all the dance schools, restaurants and bars in Berlin also shut down: all the places where singles usually get to know each other, either to fall in love or for a sexual adventure.

Author and couples therapist Wolfgang Krüger offers a curt response: "Single people are generally left high and dry, coronavirus or no coronavirus. A married 60-year-old woman gets significantly more sex than a single 30-year-old. The quality of sex for single people is generally worse, too." 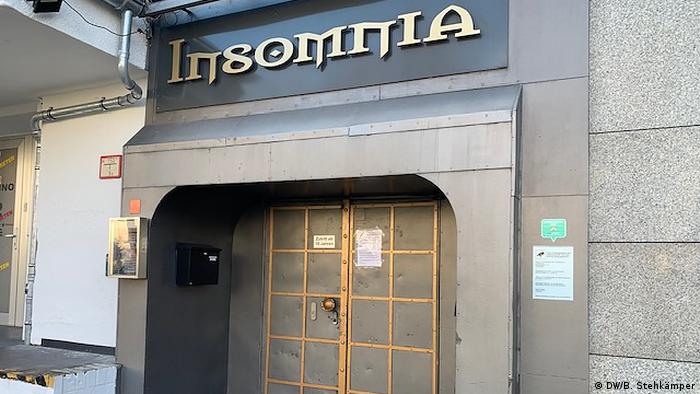 Berlin's swinger clubs have been shut down

To improve their chances, millions of men and women look for the right partner on dating sites. So has virus anxiety set in among them? One such German dating agency, Parship, claims in its advertising that one person falls in love every 11 minutes thanks to its services.

Parship spokeswoman Jana Bogatz says she has not yet noticed a fall in membership rates and even claims to see a benefit for the business in the current situation: "Everyone is being called on to reduce social interaction to a minimum, which, of course, limits dating possibilities," Bogatz says. But, she says, people can stay in contact online and even make new contacts, since "meeting people offline is only partly possible at the moment."

However, the question is whether people will be satisfied with what could be months of writing messages, or whether they might not risk infection for a brief tryst after all.

As ever, though, one person's poison is another's tonic. As single people are now forced to provide for themselves, the demand for pornography and sex toys is booming. Sex shops have switched to online trading, with the more entrepreneurial ones even offering a taxi delivery service, which offers at least a little income for taxi drivers who have seen their own businesses crash.

Not having to find a sexual partner makes things easier for couples. For some, pausing normal life and staying at home might be a source of sexual reinvigoration, seeing as there isn't much else to do — gyms, cinemas, theaters are all shut down. Football, too, is something that belongs to a past world.

Though the pendulum might also swing the other way, as was the case for Rolf. For many years, work has meant that Rolf has had to live apart from his wife during the week. So, initially, he welcomed the chance to work from home: a good opportunity to finally live together properly, not just at the weekend.

A week later, and nerves were fraying for both of them. Joint tasks, such as cleaning the windows, occasionally ended in a full-on marital row. Rolf decided to move his self-isolation back to Berlin: "Forced cohabiting is like a forced marriage. And sex isn't fun then, either," he said.

But couples who have mastered the game of proximity and distance could well be in for a good time. "In times of panic and fear, sexual desire can also rise," Krüger said. "Sexuality is the best way to drive away angst."

And if people do find new inspiration for their sex lives, it might have fruitful consequences. Krüger, looking nine months into the future, is certain, anyway: "More children will be born."

But — what a pity! — there is no scientific statistical evidence for this, though the question is raised whenever there are blackouts or longer periods of bad weather.