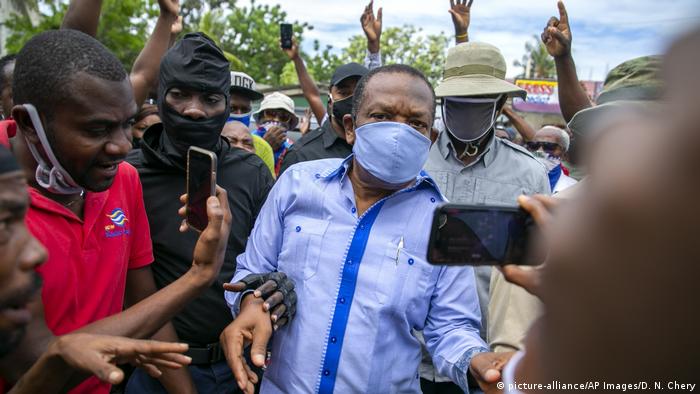 The statement follows a report by DW that claimed Jean-Bart was continuing to visit young academy players "in the middle of the night", despite being suspended from "all football activities" by FIFA in May, amid allegations of sexual assault.

The organization go on to outline that they have "interviewed numerous witnesses and survivors" dating back to May 2020. Their findings have produced "evidence of serious and systemic human rights abuses in Haitian football, including passport confiscation, labor rights abuses, grooming child athletes for sexual exploitation, and threats to kill witnesses and survivors."

FIFA's investigation into the allegations against Jean-Bart, reached its conclusion on October 15. The outcome of the investigation will be decided by FIFA's adjudicatory chamber, with Human Right Watch calling for a lifetime ban for Jean-Bart and his alleged conspirators.

"FIFA urgently needs to protect children who are still at risk from Jean-Bart, by banning him from the Federation, fully investigating all other Haitian football federation leaders accused of knowing about or facilitating in sexual abuse, and cooperating with criminal authorities that pursue these crimes," said Minky Worden, director of global initiatives at Human Rights Watch.

"This is not a case of one bad apple. Athletes have testified that many other officials in the Haitian football federation – officials responsible for their safety – either participated in sexual abuse or knew and turned a blind eye."

Jean-Bart, also known as "Dadou” has headed the Haitian football federation since 2000. He is also in charge of the women's team AS Tigresses, which he founded in 1972. Jean-Bart has publicly denied all allegations against him and ignored multiple requests for comment from DW.