Police in the Netherlands say that five people have died while surfing. Strong winds and currents are believed to have played a role in their deaths. 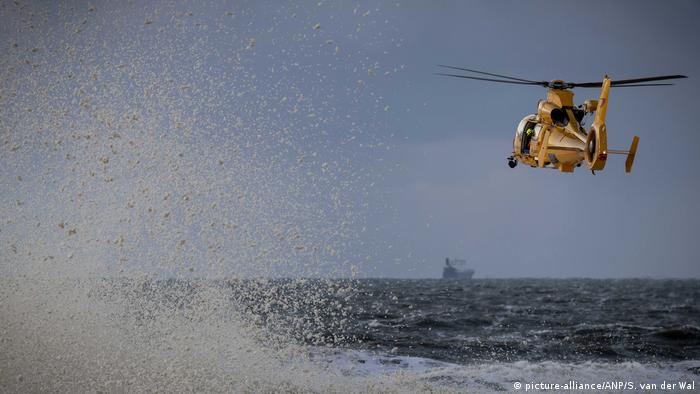 Rescue teams in the Netherlands on Tuesday recovered the bodies of three surfers. Two other people rescued from the sea the day before died shortly after being pulled from the water.

The altogether five deaths occurred at the popular beach resort of Scheveningen, a district of The Hague.

Surfers familiar with the conditions at Scheveningen told the Dutch public broadcasting organization NOS that strong winds and adverse currents might have made things difficult for the surfers, some of whom were reportedly very experienced. They said the large amount of foam on the waves may also have played a role.

A coast guard spokesman told the news outlet that during search operations on Tuesday, a helicopter was occasionally flown close to the water to disperse the foam and increase visibility.

Surfers off the beach had come into difficulties on Monday evening. Several managed to reach shore on their own, but seven were brought in by rescuers, of whom two died after their rescue.

The search for those still missing was called off overnight after darkness feel, NOS said.

The truck ran off a dyke and slammed into a group of people in the Nieuw-Beijerland neighborhood near Rotterdam. The exact cause of the crash is not yet known.