A string of bomb attacks in have killed at least 17 people in the Iraqi capital. Two of the blasts appear to have targeted homes of police officers. 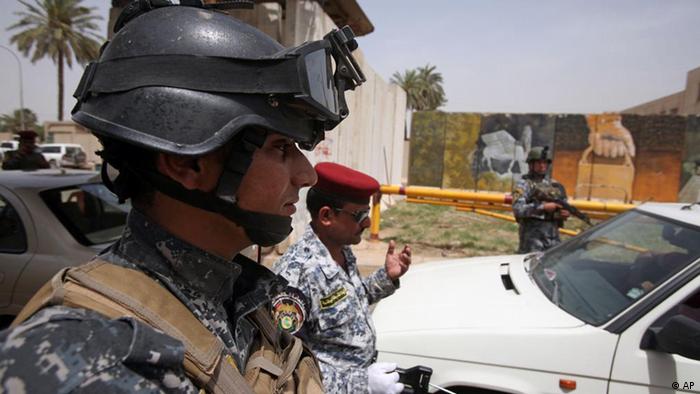 Iraqi officials said that a string of bomb blasts were carried out in Baghdad on Thursday morning, with a combined death toll of at least 17.

Police and interior ministry officials, speaking to various news agencies on condition of anonymity, said that the deadliest attack was a car bomb in the northern, mainly Shiite, region of Shula. The car was apparently detonated in a busy market area, killing at least 13 people and wounding 32 others.

The last major bomb blast to hit the Iraqi capital was in mid-May when a suicide bomber targeted a police checkpoint in the city.

Police and medical officials also said early on Thursday that two bomb blasts struck a pair of adjacent houses in the predominantly Sunni area of Amariyah, with the blasts targeting the homes of police officers. Nine people were injured in those attacks.

Further blasts were reported in three other areas of the capital.

Violence is on the wane but still prevalent in Iraq, especially in the capital. A total of 126 Iraqis were killed in violence in Baghdad in April, according to official figures. On April 19, a similar spate of bomb blasts claimed 17 lives and wounded roughly 100 people.