Seven children among 13 drowned off of Greek coast

The drownings of 13 refugees are the latest in an ongoing exodus from the war-ravaged Middle East, particularly Syria and Iraq. More than 800,000 have reached Greece in 2015 and nearly 3,700 have drowned. 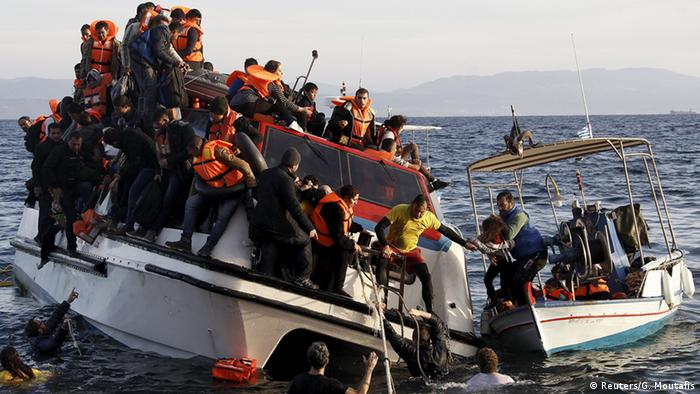 At least 13 people including seven children drowned when their overloaded boat capsized in the Aegean Sea, police said on Wednesday, the latest tragedy involving refugees seeking a better life in Europe.

The small boat went down off the Greek island of Farmakonisi overnight, sending 29 people into the water, according to an official with the Greek port police.

Fifteen were rescued and taken to hospital on the nearby island of Leros, and a search continues for one missing person.

The dead were identified as seven children, four men and two women.

"The weather was not particularly bad, but the boat was overloaded as is often the case," the police official said.

Two of those saved remain in a critical hypothermic condition and have been taken to a hospital on nearby Kos for medical treatment, state radio reported.

Fishermen and the coastguard carried out a rescue mission on Wednesday morning, according to the report. A helicopter was also deployed to search the area for survivors.

A day earlier, Turkey's state-run Anadolu news agency reported that 11 migrants attempting to reach the Greek island of Samos drowned after their boat capsized, including three children. Seven others were rescued.

The Geneva-based International Organization for Migrants says more than 1 million people have entered Europe as of Monday. Almost all came by sea, while 3,692 drowned in the attempt. 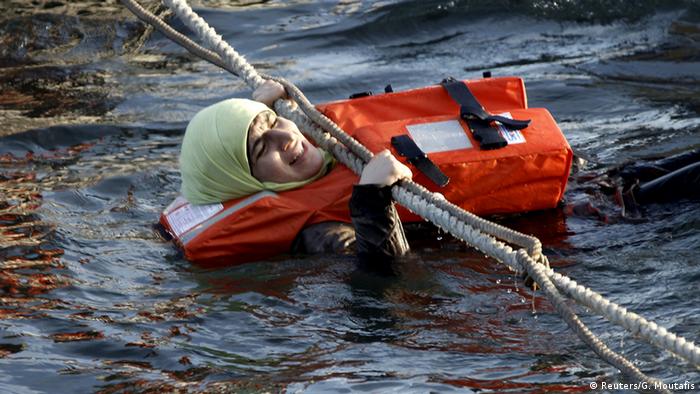 A refugee clings to a rescue rope after her boat sank in the Aegean Sea.

At least 820,000 refugees and economic migrants have reached Greece's eastern islands this year. Nearly all have continued north, hoping for a better life in wealthier European countries.

Police in Germany have arrested a suspected people-trafficker over the drowning of five migrants off the coast of Turkey in April.

Jens Schobranski, a spokesman for the federal police, says the 37-year-old Syrian man was arrested Tuesday in Strausberg, near Berlin.

Schobranski said Wednesday that a relative of one of those who drowned tracked down the unidentified suspect and tipped off German police.

The suspect, who came to Germany as a refugee in August, allegedly had taken $2,400 (2,200 euros) from fellow Syrian migrants and put them on a small boat to Greece despite bad weather. It capsized and sank.

Schobranski said police are hoping others harmed by the man's actions will come forward. He faces a minimum of three years imprisonment if convicted of trafficking resulting in death.