A family of three have been stabbed outside a restaurant in Vienna by an unknown assailant. Half an hour later another person was stabbed in the same area but any link or motive remains unclear. 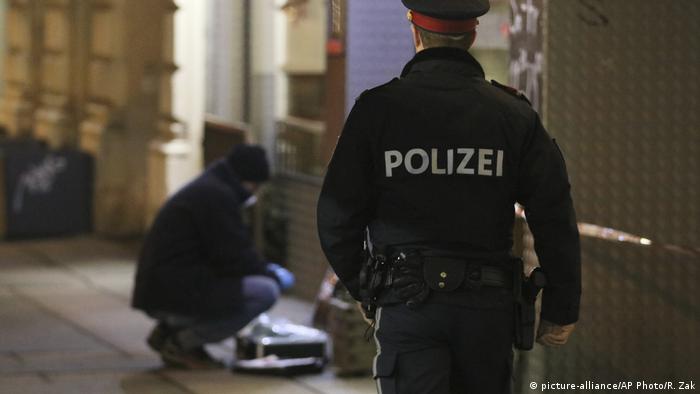 Four people were seriously injured in two knife attacks in Vienna on Wednesday evening. The motive and connection between both assaults remains unclear.

The first stabbing took place near the Nestroyplatz metro station, in Vienna's Second District, where authorities said an assailant attacked a family of three with a knife in front of a Japanese restaurant. The mother, father and their 17-year-old daughter are reported to be seriously injured and "their lives are in danger", a police spokesman said.

Thirty minutes later, the second stabbing took place in the same neighborhood, where a 20-year-old Chechen was stabbed by an unknown attacker. Authorities say that the young man's life is also in danger, as a result of his injuries.

Austrian police said they knew "absolutely nothing" about the possible suspect or whether the two incidents are related. They only indicated that they were searching for a male suspect. Police have been questioning several witnesses at the scene.

One Afghan male was taken into custody in connection with the second assault, but no information was provided from authorities on the arrest.

The neighborhood of Praterstern, where both stabbings took place, is home to much of Vienna's small Jewish community, the famous Prater park and the Praterstern transportation hub.

The Austrian capital has not experienced any acts or terrorism or attacks by Islamist militants like the ones that have occurred in Paris, Berlin and Brussels since 2015.