Serial-Killer Nurse Gets Life for 28 Deaths

The "Angel of Death," as he has been dubbed in the press, will spend the rest of his life behind bars for killing 28 patients at the hospital where he worked as a nurse, a district court decided Monday. 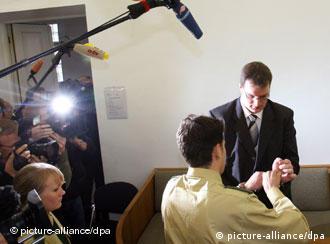 Stephen Letter, 28, was saddled with Germany's most stringent sentence on Monday in Kempten after a nine-month trial.

The former nurse had been accused of injecting 17 women and 11 men with a lethal combination of anesthesia and muscle relaxant in a hospital in Sonthofen in the Bavarian Alps between February 2003 and July 2004. 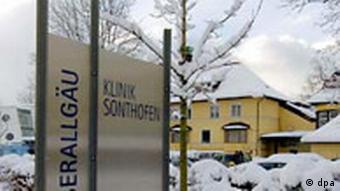 The hospital in Sonthofen where Letter worked

In a verdict that closely matched the prosecution's demands, the court declared the defendant guilty of 12 counts of murder, 15 counts of manslaughter and five counts of attempted murder, killing on demand and causing severe bodily injury.

The defense had admitted to only 15 patient deaths and requested a shorter prison term.

At the beginning of the trial in February, Letter partially confessed to the crimes, which he called mercy killings. He said he'd wanted to release the patients from their suffering.

Germany does not have the death penalty.

Magnus Gäfgen is a busy man. He has written an autobiography. He is fighting legal battles against police torture. He is starting a charitable foundation for children. At the same time, he is a convicted child murderer. (07.08.2006)

A German court has sentenced self-confessed cannibal Armin Meiwes, who killed and ate a man he met through the Internet, to a life behind bars. Meiwes was originally given a lighter sentence. (09.05.2006)