Serena Williams has won a 23rd grand slam title, beating her sister Venus at the Australian Open final. She has now overtaken Steffi Graf as the winner of most grand slam titles since tennis went professional. 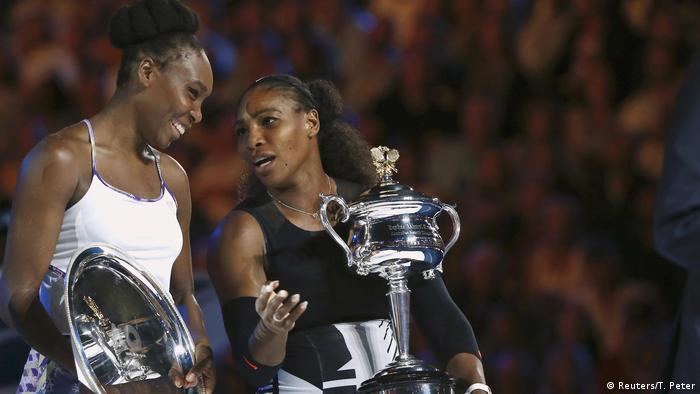 US tennis star Serena Williams on Saturday beat her sister Venus 6-4 6-4 in the Australian Open final in Melbourne, making her the most successful tennis player in the Open Era with 23 grand slam singles titles.

She now stands just one behind Margaret Court's 24 titles, 13 of which were won before the 1967 start of the Open Era. Court was in the president's box as Serena Williams achieved her feat.

With the victory at the Rod Laver Arena, Serena Willams, 35, also reclaims the world number one ranking, which she lost to German Angelique Kerber last September.

The two sisters were playing a grand slam final together for the eighth time. It is Serena Williams' seventh Australian Open title.

Venus Williams, who at 36 was the oldest finalist in Melbourne in the professional era, wholeheartedly congratulated her sister.

"Congratulations, Serena, on number 23. I've been right there with you; some of them I've lost with you," she said, adding: "Your win has always been my win, you know that."

"I'm enormously proud of you; you mean the world to me."