Croatian Serbs will not attend the annual commemoration for victims of Jasenovac death camp, Serb officials said. The move comes after local Jews made the same decision, blaming Zagreb for tolerating Nazi ideology. 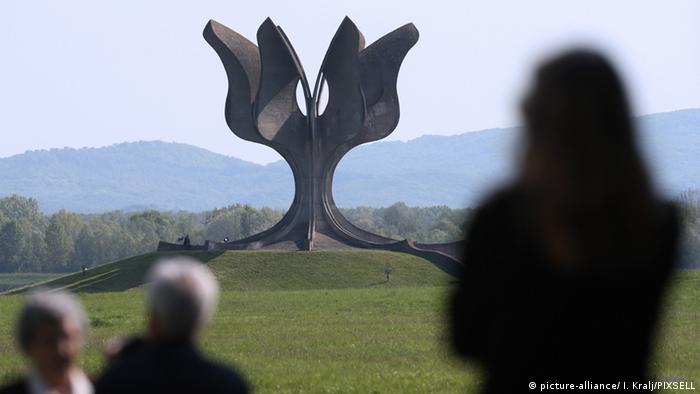 How Ramo survived the Bosnian war

One morning in 1992, Bosniak Ramo Kadric drove to work to start his bread delivery route in the town of Srebrenica. A few hours later, he was about to be killed by Serb militants. A Serb friend rushed in to help him. (27.02.2017)

The Croat organization that filed a complaint in France against Bob Dylan has said it is not seeking monetary damages. The group said it was offended by comments made by the American folk singer in a magazine last year. (03.12.2013)

Instead of honoring victims at the Jasenovac concentration camp, Serb and Jewish representatives will attend an alternative commemoration with Croatian anti-fascist groups in April, the Serb National Council said on Monday.

The snub would mark the second year that Serbs and Jews refused to attend the central Jasenovac tribute. The reason, according to the groups, is the rise of the Nazi-like sentiment in the EU state.

During WWII, the Croatian pro-Nazi regime used its Ustasha militia to fight the Communist resistance movement. The Ustasha also committed numerous crimes against the Serbian minority, which they saw as a threat to Croatian independence. The infamous Jasenovac death camp, often called "Croatia's Auschwitz," saw at least 81,000 people killed by the regime, with the majority of victims being Serbian, followed by Roma, Jews, and anti-fascist Croats.

After the war ended, Yugoslavia's communist government sought to document the crimes and punish members of Ustasha. With the country's bloody breakup in the early 1990s, however, Croatian independence fighters embraced Ustasha symbols and imagery. The use of Ustasha symbols appeared to gather steam in recent years, as many nationalist politicians seek to present them solely as anti-Communist freedom fighters.

Last year, a group of Croatian veterans from the 1990's war placed a plaque near the Jasenovac camp bearing the infamous Ustasha slogan "Za dom spremni" - meaning "For home(land) ready." The slogan was also used in the independence war.

"As long as a plaque with the Ustasha salute... stands in Jasenovac, conditions to attend an official commemoration will not be met," the spokeswoman from the Serb National Council said on Monday. 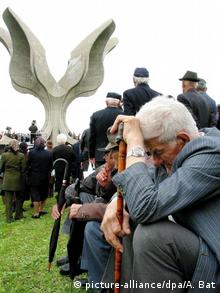 Jasenovac survivors attending a tribute in 2004

Previously, Jewish representatives said they would stay away from a commemoration scheduled for April 22. The local Beth Israel community accused the government of failing to respond to the revival of Ustasha ideology.

"The toying with this part of Croatian history is directly influencing the atmosphere in the society, where Ustasha crimes are being relativised on all levels, combined with the spread of xenophobia and anti-Semitism," the organization said.

The plaque was eventually removed in September 2017, with the association of Croatian war veterans saying they had reached a compromise with the government. Instead in Jasenovac, the plaque will now be displayed at a memorial dedicated to Croatian independence fighters in Novska, some 120 kilometers (75 miles) from the death camp.

Earlier this year, a Croatian school refused to display an exhibition dedicated to Anne Frank over panels showing Ustasha as criminals.