Senegal's disputed elections a litmus test for the country's democracy 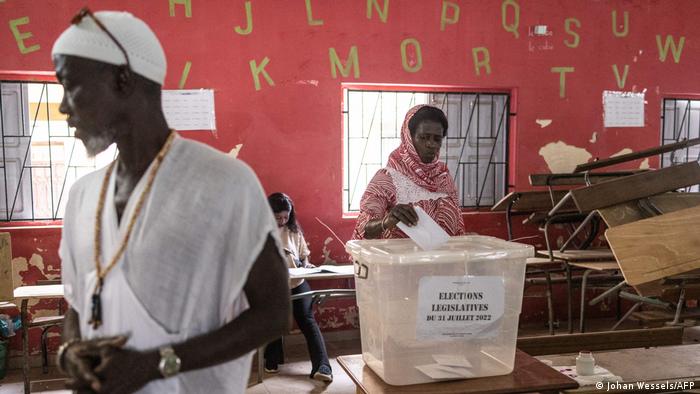 Though official preliminary results are expected by the end of the week, Senegal's opposition leaders maintained that they had defeated the government coalition in Sunday's poll.

"We won, and we will not accept that they steal our victory," said Khalifa Sall of the Manko Taxawu Senegal alliance, one of eight formations vying for parliamentary mandates.

"It is a very close call," Ahmed Dieme, director of the consultancy Sahel Strategie Communication SASCOM, told DW, stressing the heavy inroads the opposition has made in major urban centers. This tendency had already been evident in January's municipal and regional elections.

Nevertheless, the ruling coalition Benno Bokk Yakaar (from the Wolof for 'united in hope') might have held on to its majority if the electoral commission confirmed the claims that it won 30 out of 46 seats. 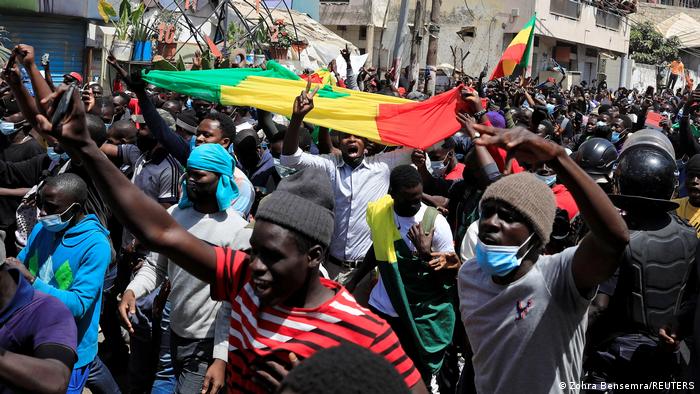 Senegalese authorities are increasingly cracking down on protesters

The coalition appeals mainly to the more conservative voters in rural areas. In contrast, the opposition tailored their campaigns around issues with a higher resonance in urban centers, where there is a greater willingness to engage in political debates.

For instance, "the debate around LGBTQ rights, as conceived by the opposition, won over the activists," said Dieme, pointing out a rise in homophobic attacks and rhetoric in a country where being gay is still punishable with up to five years in prison.

Another pull was the opposition's clear stand against expected attempts by President Macky Sall to run for a third mandate, although the constitution sets a limit of two.

Sall's supporters argue that changes to the constitution in 2016 — which shortened presidential terms from seven to five years — reset the clock on his term limits, allowing him to run for another mandate in 2024.

However, critics say this is contrary to the country's constitution.

Observers believe a potential third term presidential bid by Sall could raise the specter of domestic turmoil. The pre-election campaign was marred by violence that left at least three people dead. "I think the third mandate issue is going to be at the root of many crises," analyst Dieme said.

Former presidential candidate Ousmane Sonko from the main opposition alliance Yewwi Askan Wi ('free the people'), believes that the party's strong showing at the polls will force President Sall to make good on a promise delivered before the elections to nominate a prime minister.

"Winning would allow us to form a cohabitation government," he told DW. Promising that such a government would not paralyze state affairs, he said it would force the president to listen to other actors, "who will be voting on the budget."

But Senegalese journalist and analyst Alassane Samba Diop said there is no constitutional provision for a cohabitation government. "Senegal's presidential system even allows the head of state to rule by decree," he told DW.

"We reject any possibility of cohabitation," Aminata Toure, head of the presidential coalition's list, said. She maintained that the ruling alliance had won a majority "despite an advance of the opposition."

Repression on the rise

Senegal's reputation in the West as a stable democracy could suffer serious dents. The electoral commission prevented many leading opposition leaders from running. For example, Sonko says he was barred on trumped-up criminal charges.

Dieme fears that President Sall will likely tighten his grip by ramping up repression to quell any future dissent.

In March and June, police clamped down on anti-government demonstrations with what human rights organizations called "excessive force."

In the Senegal chapter of its World Report 2022, Human Rights Watch stressed "restrictive civic space, rape, and other serious human rights abuses," which seem to be on the rise. 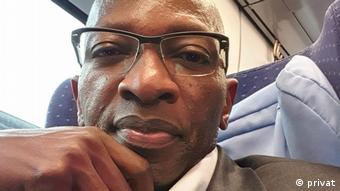 Playing into the hands of jihadists

Ahmed Dieme sets the president's putative attempt to hold onto power into the broader context of a rapidly deteriorating democratic culture in West Africa. He said this dangerous democratic backsliding is happening as the threat of jihadist terrorism increases.

In 2020, Ivory Coast President Alassane Ouattara won a third term despite a constitutional two-term limit. A year later, a military coup in Guinea ousted President Alpha Conde, who was also preparing to run for a third term. Over the last two years, disgruntled top  military officials have removed political leaders from power in Mali, Burkina Faso and Sudan.

The accumulated disrespect of the rule of law and various constitutions plays into the hands of extremists, who are "set on proving the limits of the democratic model," and like to present themselves as an alternative, said Dieme.

Mamadou Alpha Diallo and Eric Topona contributed to this article.