For years now, Senegal has been regarded as one of the more successful countries in Africa. It has a democratically elected president and state institutions that function properly. 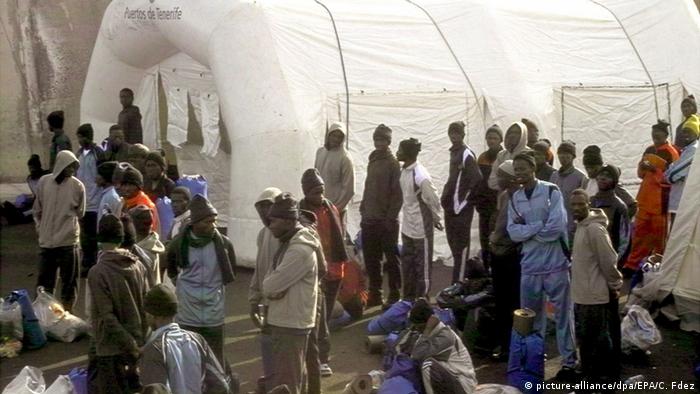 Nonetheless thousands of Senegalese, notably the youth, are trying to leave their country for Europe in search of greener pastures.

Many young men in the Senegalese capital Dakar dream of emigrating to Europe. But Cheikh Oumar (not his real name) - has gone a step further. He has already tried to make that giant leap - and has failed. He is in his early 30s, an educated young man who studied literature at Cheikh Anta Diop University. He explained why he tried to leave Senegal.

"I was unemployed. I'd had no job for six months. My only option was to go somewhere else."

"First I went by car to Rosso in Mauritania. Then we headed off to Nouakchott, the Mauritanian capital. At 9 a.m the next morning, we went to the Western Sahara border and then through the international buffer zone and on to Morocco," he explained. Oumar stayed in Morocco for about a year, until the Moroccan authorities deported him.

Back in Senegal, he can barely conceal his anger at African governments and leaders.

"Young people see no future here, that's why they want to go to Europe," he says. Two thirds of the Senegalese population is under the age of 18. That population is also growing in size and so, too, is the number of new entrants on the job market. 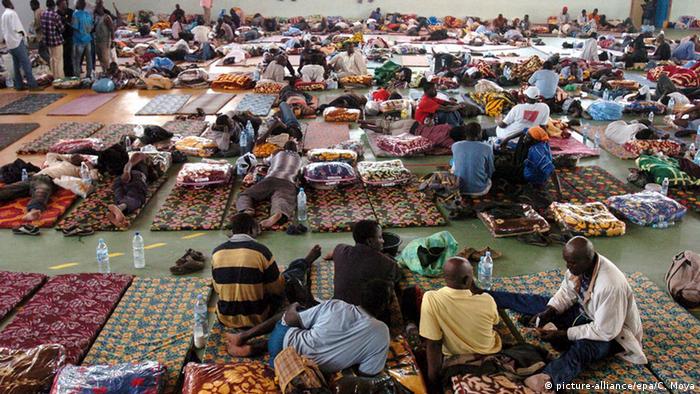 According to the head of the International Organization for Migration (IOM) in Senegal, Jo-Lind Roberts-Sene, among the refugees who made the dangerous trip to the Italian coast between January and March of this year were 1,200 Senegalese.

"They are mostly young men from rural areas and the suburbs where economic prospects are not very good. They often have little in the way of formal education," Roberts-Sene told DW.

These young refugees are looking for jobs. They want to get ahead in life and support their families. But they are ill-prepared for the difficulties that await them.

"They don't really understand what it means to live in Europe as an illegal immigrant and what the consequences are. They simply believe that on arrival they will be able to find a job and send lots of money back home," Roberts-Sene said.

Senegalese rapper Gunman Xuman uses his music to campaign against illegal migration. He is critical of the European Union.

"The reason why people are still attempting to cross the Mediterranean - and die while doing so - is connected to Europe's hypocrisy in its dealings with Africa. They close the borders and make it increasingly difficult to obtain visas," said Xuman.

"You have got to offer the young people opportunities so that they lose interest in leaving the continent," he said.

But besides the lack of perspectives and information, there is another reason that drives many young people into migration. Their general perception is that whoever makes it Europe becomes successful. Jo-Lind Roberts Sene knows a lot of illegal migrants who are doing miserably in Europe, but who give friends and family back home the impression they are living a luxurious life. 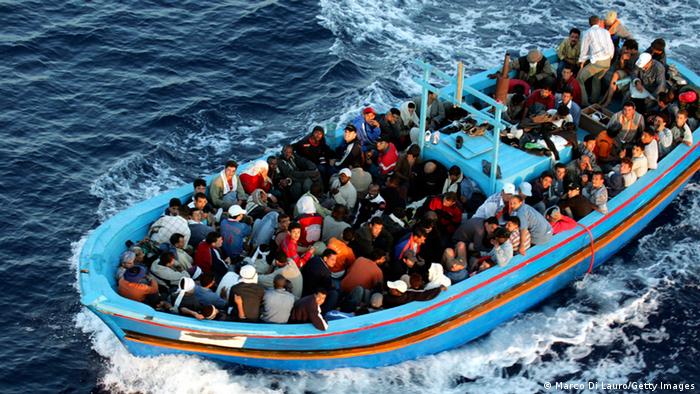 Not all migrants use the sea route to Europe. Some come with tourists visas

In Italy is another young Senegalese from a well to-do family who prefers to remain anonymous but we will call him Seyni. Seyni chose a less risky route to Europe. He came to Italy with a tourist visa but decided to go into hiding after his visa expired. "I wanted to be a basketball player and decided to try my luck in Europe,” he said.

But his basketball venture didn't progress so he chose to live illegally, as a "clandestino", near Milan doing odd jobs, hoping to be discovered by a talent scout. Later he married an Italian woman for love. He was not far away from the long-awaited residence permit. But the marriage failed and fear once again engulfed him.

After filing numerous applications over several years Seyni now is in a detention center not far from Rome International Airport waiting to be deported back to Senegal. What about migrants who want to return to their home country, but who are in straitened circumstances? The International Organization for Migration has a program to help them.

"Their flight is paid for and they are given assistance in finding their feet once again. For example, we will help them financially to get started in poultry or cattle breeding, or to open a shop or take an adult education course," said Jo-Lind Roberts-Sene.

Seyni is still thinking about what kind of job he should take up after more than a decade living as a clandestino in Italy. But he is happy to be back home. "I've had enough and Italy was no good," he concludes.

In light of the growing tragedy involving migration by refugees, Deutsche Welle is presenting special content dealing with the refugee crisis - in 30 languages. (29.04.2015)

The 5 European countries with the most asylum applicants in 2014