Chad's former dictator had been charged for war crimes and crimes against humanity. Habre's victims expressed satisfaction at the final outcome, but the defense argued the landmark trial was "unfair.'" 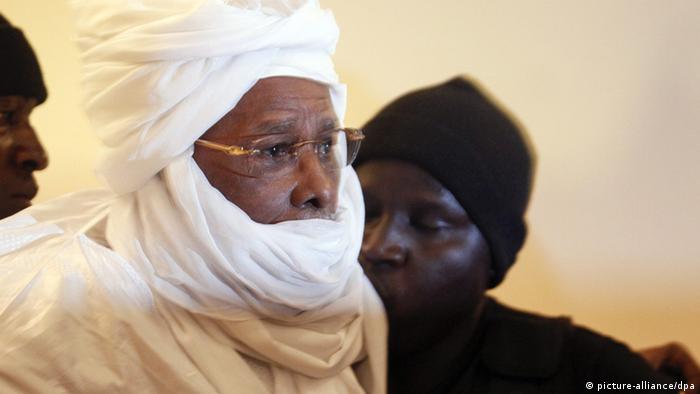 The ruling from the appeals court in Dakar on Thursday drew a 16-year-long battle by victims of Hissene Habre's regime to a close and ensured the former dictator will spend the rest of his life in prison.

The decision also simultaneously wrapped up a landmark trial that had begun with formal charges against Chad's former ruler in 2013. The case marked the first time in present-day history that a national court of one country has prosecuted the leader of a different country for human rights charges.

During Habre's eight-year presidency lasting from 1982 to 1990, his government implemented a program of rape, kidnappings, systematic torture, and was responsible for the deaths of around 40,000 people.

Survivors and victims advocates welcomed head appeal judge Ougadeye Wafi's decision to uphold a lower court's May 2016 conviction of Habre for charges of war crimes, torture and crimes against humanity.

"I have been fighting for this day since I walked out of prison more than 26 years ago. Today I am finally at peace. I hope that all the dictators in Africa take notice - no one is above the law!" said Souleymane Guengueng, the founder of the Association of Victims of Crimes of the Regime of Hissene Habre.

Wafi also ordered a trust fund to manage reparations totaling 82 billion CFA (125 millions euros; $136 million) that will be paid out to thousands of Habre's victims. The African Union (AU) will now work with international partners to locate Habre's assets and gather the funds.

The appeals court, however, dropped the rape conviction against the 74-year-old former dictator because the charge had been introduced during the trial. 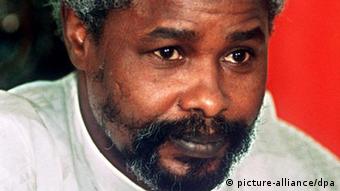 Habre during his 8-year-old presidency in Chad

Habre fled from Chad to Dakar in 1990 and lived luxuriously in the Senegalese capital until facing formal charges in 2013. Evidence against the dictator included files from his political police, his handwritten documents, testimonies from his subservient authorities and personal accounts from those persecuted by the regime.

Though Habre's crimes have been described as some of the best documented in African history, his court lawyer Mbaye Sene said, "No proof of his guilt has been demonstrated." Another lawyer from Habre's defense team, Francois Serres, argued the trial was politically motivated and "unfair."

Neither Habre nor his defense lawyers appeared in the proceedings; the former dictator was represented by court-appointed lawyers. 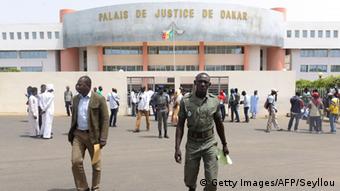 The judge's decision to uphold the conviction against Habre brings a twisting and ground-breaking trial to a close.

In order to try the former dictator, the African Union (AU) and Senegal created the Extraordinary African Chambers, the judicial body that sentenced Habre to life imprisonment in May 2016. Habre had been originally indicted by a Senegalese judge in 2000, with the case then going to Belgium and eventually back to Senegal due to survivors' relentless demands for justice.

The ruling also symbolizes a setback for dictatorial rulers in Africa who had enjoyed relative impunity on the continent.

"Our patience has paid off. Never again will a dictator...be permitted to do horrible things and escape justice," victim Clement Abaifouta said.

Survivors and human rights groups have praised the ruling by a special court in Senegal to sentence former Chad dictator Hissene Habre to life in prison. He was convicted of war crimes and crimes against humanity. (31.05.2016)