Senegal clamps down on protests over plan to amend electoral law

Senegal's plan to amend its electoral law ahead of presidential elections in 2019 has sparked a series of protests. Human rights campaigners say the government's response is a cause for concern. 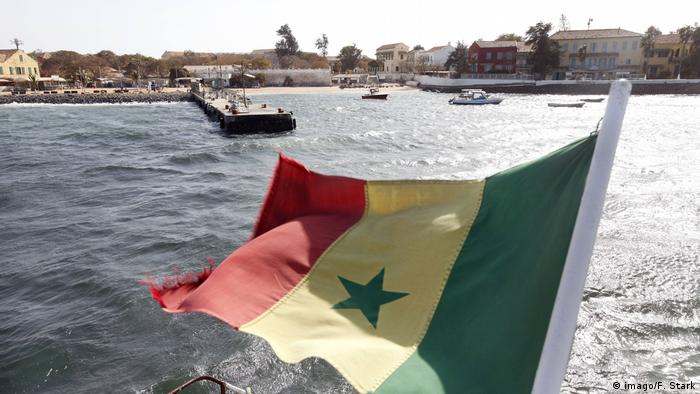 Police in the capital Dakar on Thursday used teargas to disperse about 100 people protesting proposed amendments to the electoral code ahead of next year's presidential election.

Two members of the opposition were among several people reported to have been arrested at the demonstration. Some protesters pelted police with stones.

Protesters also gathered in other parts of the country as parliament began debating the bill that raises to one percent of the electorate the number of signatures a presidential candidate needs in order to be eligible to take part in the poll.

The National Assembly gathered under the protection of riot police.

The draft legislation that was approved by President Macky Sall on Monday sparked a series of protests.

The use of force by police to break up the protests, especially in the center of Dakar, prompted human rights campaigners to express concern. 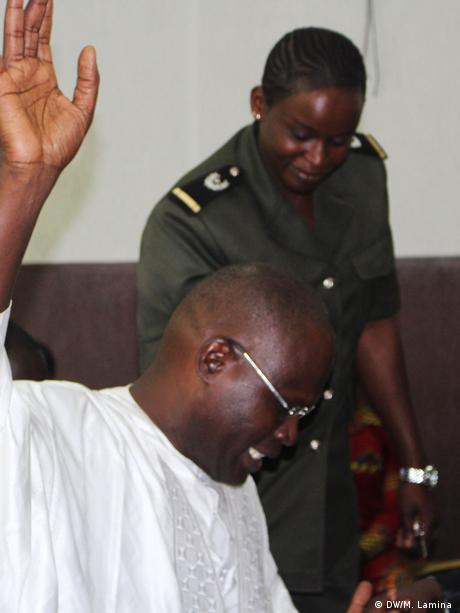 Khalifa Sall, the mayor of Dakar was sentenced to five years in prison for corruption. His supporters say the case against him is politically motivated.

DW spoke to Francois Patuel, an Amnesty International researcher in West Africa based in Dakar.

Francois Patuel: Yes, currently in Dakar there was a protest overnight by the opposition and civil society groups. The authorities announced that the protest would be banned and right from yesterday evening there was a heavy police presence in different parts of Dakar to prevent them from gathering. In Dakar this morning the streets were quiet. The people were trying to gather, particularly around the National Assembly where an electoral bill is being discussed. There was a heavy police presence to prevent people from gathering in this area and teargas being shot to prevent small groups from gathering in the neighboring streets.

What exactly are they protesting?

The opposition and civil society groups have been protesting against two electoral bills which would require candidates in the presidential election to collect a certain number of signatures before their candidacy can be validated. Many civil society groups and opposition groups say this reform is untimely as the presidential elections are scheduled for 2019.

Is this a question of the proposal being untimely, or is this something unique to Senegal? We know in some parts of Africa this is a requirement for all presidential candidates.

Well, certainly the tightening of the law just before presidential elections [comes at] a very tense political moment in Senegalese political life. The fact that the opposition and civil society groups were unable to hold their peaceful protest is also a worrying sign for human rights in the country. Senegal has a history of banning peaceful protest and the security forces often use excessive force to disperse people, using teargas and batons. This is regular in Senegal where in 2017, for instance, several protests organized by the opposition were banned and some of the protesters were dispersed by force.

The African Union, for example, has held Senegal up as a beacon of hope in as far as political rights are concerned. How does this relate to what is happening in the country at the moment?

Certainly in terms of the right to peaceful protest and freedom of expression, this has been a setback in Senegal. For us, a blanket ban on all protests in the Dakar city center is clearly excessive. People should be able to peacefully demonstrate close to the ministry if they feel this is what they need.

There is also a setback in freedom of expression. An opposition leader was sentenced a couple of days ago to six months in prison for contempt of court because he questioned the ruling of the judiciary in relation to the Khalifa Sall case.

In the context of freedom to protest and freedom of expression, there's definitely been a setback.

Francois Patuel is an Amnesty International researcher in West Africa based in Dakar.

The interview was conducted by Jane Ayeko-Kümmeth.

After a campaign scarred by violence, voters in Senegal have gone to the polls in legislative elections. The parliamentary vote is seen as a test run for President Macky Sall ahead of the 2019 presidential poll. (31.07.2017)

Senegal's capital, Dakar, now has almost 4 million people, but the rapid growth of the country's economic hub has come with a rapid increase in pollution. So some residents have decided to take action, removing litter and planting flowers and trees.

The weeeknd's elections were widely seen as an indication of what's to come when the president's second term ends in 2024. Opposition parties hoped they could shake up the ruling coalition's grip on parliament.