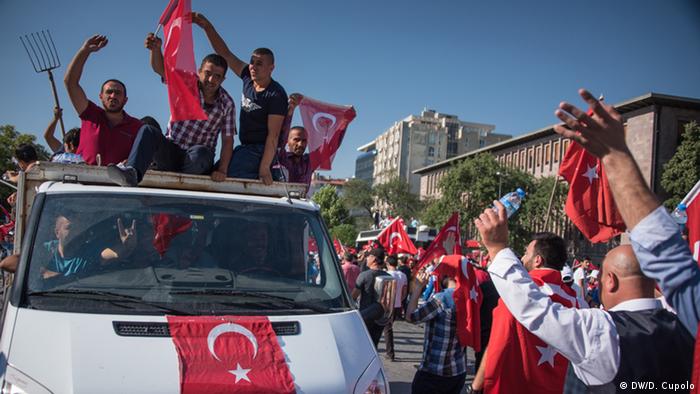 The failed ouster of the ruling AKP, Justice and Development Party, was a triumph for Turkey's Muslim majority, who support Erdogan for being not only a leader with Islamic leanings, but also one with the resilience to stay in power.

Turkey has a long history of military coups that have ejected leaders deemed too Muslim or too left-leaning, and the fact Erdogan survived the latest attempt is vindication for those who have long felt suppressed by the nation's secular constitution.

Yet concern has overwhelmed secular and more moderate Turks, who are now contemplating their future in a country where Erdogan's emboldened AKP party has moved to purge all possible opponents, arresting more than 8,000 people, including nearly 3,000 judges. 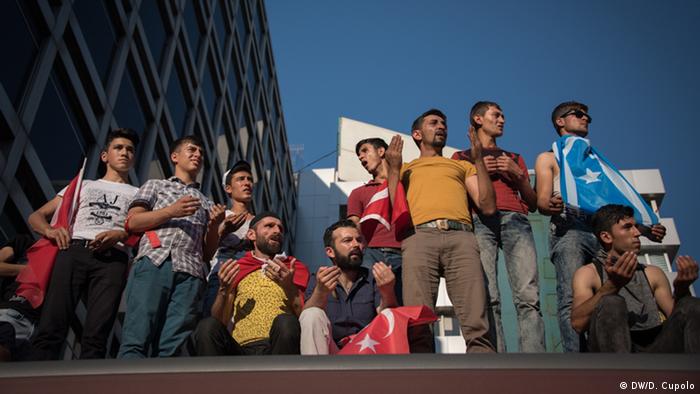 "I definitely feel like a minority," said Ugur Zaman, a 24-year-old waiter in Ankara's Tunali district, a central neighborhood known for its bars and restaurants, all of which remained closed or hauntingly empty over the weekend.

"Erdogan's followers are like a cult," Zaman told DW. "They know their power now and Erdogan is encouraging them."

Leaving as the only option

Zaman, who is gay and does not practice any religion, said he spent the weekend speaking with friends about what they should do next. Many have begun applying for university programs abroad, deciding that leaving is their only option out of fear their country will move toward a less secular, less democratic, single-party governing system.

"I used to think we were moving forward, but that was 10 years ago," Zaman said. "Turkey has changed. There is less free speech. We can't protest like we used to and now I'm thinking more about my safety than anything else." 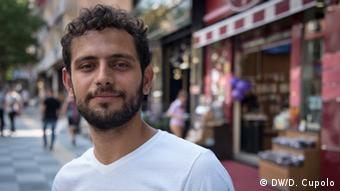 Zaman says he will leave if he gets the chance

People who don't necessarily support the ruling AKP party nor any religious platform feel increasingly left out of politics, watching developments from the sidelines with no real say in the country's future.

For example, Zaman noted several Turkish cell phone service providers, such as Turkish Telekom, provided free calls, text, and data packages for their customers over the weekend to help facilitate rallies and post-coup celebrations, while during other moments of crisis, such as terrorist attacks, social media sites are usually blocked throughout the country.

The same is true for public assemblies. Over the weekend, public transportation was free for Istanbul and Ankara residents to enable the mass movement of AKP supporters, but gay pride parades, peace rallies and May Day protests have been banned in recent years.

"They shut down the gay pride parade in Istanbul for the last two years, but when people want to wave the AKP flag, they are free to do it as long as they want," Zaman said.

Following the coup attempt, Erdogan called for his supporters to fill the streets, promising a "New Turkey" once adversaries have been detained. Scenes of mobs attacking - at times lynching - coup plotters have filled social media streams, and there has been violence directed at minority neighborhoods, journalists, and even storefronts not displaying the Turkish flag.

Ziya Turfan, the owner of La Bebe Angara Bar in Tunali, made sure to hang a flag in front of his establishment, but did so using a flag bearing the image of Mustafa Kemal Atatürk, Turkey's founding president who distanced the nation from its Islamic past. Turfan, who identifies himself as a moderate Muslim, said the move was his way of supporting the nation's secular constitution.

"Erdogan is not our enemy, but he worries us," said Turfan. "I love Islam, but I don't like how it is being used right now. Religion is a very dangerous weapon and that's why Ataturk separated Islam from the state."

Having closed his bar over the weekend to deter possible attacks, Turfan said he is now unable to pay his employees, not to mention that he has been struggling with an overall decrease of tourism in Turkey. Alcohol prices have also been rising steadily, with a 20 percent increase just last week, and he has problems retaining customers as a result.

"The AKP is temporary, but the Turkish Republic is permanent," Turfan told DW. "Our country will have to pay long-term consequences for the actions that keep the AKP in power over the short-term." 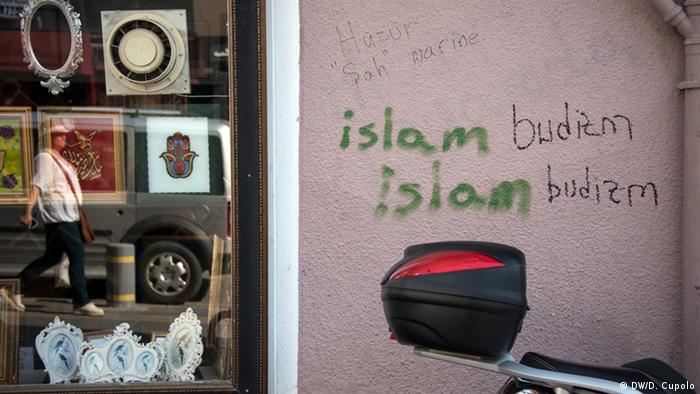 "We closed the shop this weekend because Islamic people with big beards were walking around the neighborhood," Topuz said. "I'm very scared."

Cilem, a 30-year-old school administrator who refused to give her surname out of safety concerns, shared the sentiment after watching violent mobs roam freely without police intervention.

"Police normally protect us, but now I don't know if they will," she told DW. "There are many foreigners in my neighborhood. I'm afraid to walk in the streets because there might be a terrorist attack."

Claiming he won't return if he manages to leave Turkey, Zaman said his worries lie not with Erdogan, but with his followers, specifically the 'Muslim Youth,' or adolescents educated under Islamic curriculums implemented over the last 10 years.

"Even if we defeat Erdogan, we will have to deal with the Muslim Youth," he said. "And there are many of them, which means there's no hope for us."