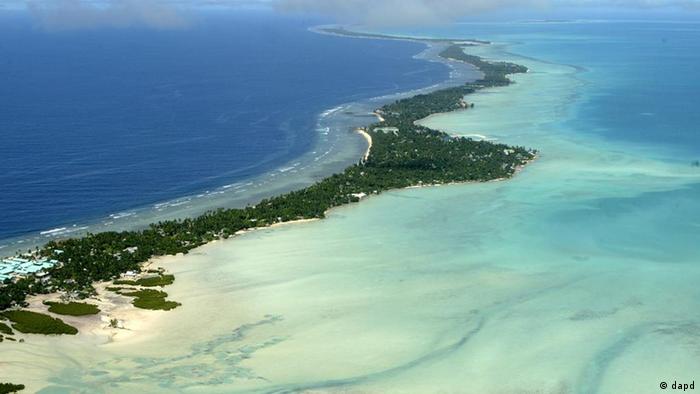 Warm water expands, melting glaciers and ice caps send more water into the world's oceans. If these two factors of global warming continue, even at their current pace, researchers warn that rising sea levels will be unavoidable.

Scientists are pretty much in agreement about that. But, when it comes to calculating the rate at which sea levels will rise in future, then the forecasts vary widely. 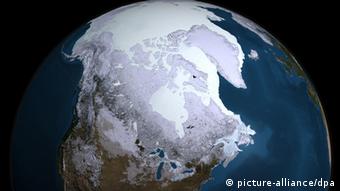 More and more of the polar ice cap melts every year

For a new study published in the journal Environmental Research Letters, Stefan Rahmsdorf, Anders Levermann and colleagues from the Potsdam Institute for Climate Impact Research (PIK) in Germany compared predictions made between 1990 and 2011 with the actual measured data.

While global median temperatures in recent decades have risen at a pace that coincides quite well with projections made by the World Climate Council, sea levels have risen faster than predicted. This could be an indication that calculations for the future may also be too low, scientists say, and that could have disastrous consequences for coastal regions and the many big cities located there.

The Sea Level task force at the World Climate Council (IPCC) has been working hard to calculate the maximum possible sea level increase from various studies. The higher the expected increase is, the more dikes, protective barriers and resettlements there will have to be – and that costs money.

Assessments to date of rising sea levels over the last several centuries, which the IPCC made use of, included data on the thermal expansion of warmer sea water. The IPCC said that that data alone pointed to a one meter increase by the year 2300. However, at the time the last report was published, data from the Arctic Ocean was missing. That means that the estimates did not include a probably even greater increase in sea levels due to melting ice caps and glaciers. In their next report, slated for 2013, those figures will be added.

Two-degree goal will not prevent floods

In their study 'Nature Climate Change' published in the summer of 2012, Rahmsdorf and Levermann, together with researchers from the University of Wageningen in the Netherlands, included these additional factors. Their study showed how large the effects could be on sea levels, even with a comparatively small increase in temperature.

How much would sea levels rise if all polar ice melted?

The researchers calculated that even if global warming were to be limited to just two degrees Celsius – the goal set by the international community – it could still result in a global median rise in sea levels by 2300 of between 1.5 and 4.0 meters above today's levels. The study's 'most probable' estimate was 2.7 meters.

Such an increase would have disastrous consequences for coastal regions around the world and the many major population centers that lie in these corridors. "For New York City, for instance, a rise in sea levels of one meter could increase the frequency of severe flooding from once a century to once every three years," said Rahmsdorf.

Global warming is the culprit

For the new study, scientists from Potsdam, the Laboratoire d'Etudes en Géophysique et Océanographie Spatiales (LEGOS) and from Tempo Analytics in the United States compared five sets of median global data on land and ocean temperatures with the IPCC predictions.

To ensure the most precise comparison possible, the researchers also included short-term temperature fluctuations from the El Nino phenomenon, oscillations in solar activity, and volcanic eruptions.

While global warming forecasts from the 1960s and 70s accurately reflected the role of greenhouse gas concentrations, the actual rise in sea levels deviated considerably from the IPCC calculations. 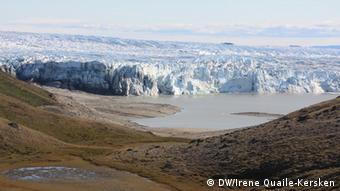 Some 85 percent of Greenland is covered with ice, but it, too, is melting fast

The researchers compared the earlier forecasts with satellite measurements, which can precisely determine the rise in sea levels. According to the new study, sea levels in the world's oceans are rising 60 percent faster than the IPCC's median forecast in its last two reports. While the IPCC assumed a rate of 2mm per year from 1990 onward, the satellite data indicated that the rate was 3.2mm per year.

The analysis rules out a temporary loss of ice on the Greenland ice shield, or the Antarctic, or other internal fluctuations in the climate system as the cause of the higher rate of rising sea levels. According to the researchers, the rate of increase correlates closely with the increase in the global mean temperature.

Some 46 million people worldwide live less than one meter above sea level. Many other human settlements can be found on, or near, river deltas, which are frequently subject to flooding. While affluent countries, such as the Netherlands, can protect themselves with dikes and high technology, most of the poorer developing countries lack the resources to provide suitable measures to safeguard their populations.

Vibrio bacteria are usually found in warm waters, but new research has found them in the cold Baltic Sea as a result of rising temperatures. Controlling the spread will be hard. (25.07.2012)

Experts are warning us that floods, droughts and heat waves will increase, while cities around the world attempt to prepare themselves for future climate catastrophes - and population explosions. (15.05.2012)