Sea level does not rise uniformly across the globe | Environment| All topics from climate change to conservation | DW | 11.08.2009

Sea level does not rise uniformly across the globe

The rise in sea levels is one of the topics delegates from 180 nations will discuss at climate talks this week in Bonn. Experts say even a minor increase in water levels will have a major effect on low-lying nations. 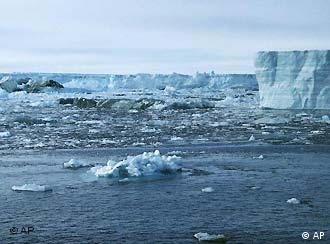 Sea levels could rise by up to 59 centimeters (23 inches) by the year 2100, according to a 2007 study by the Intergovernmental Panel on Climate Change (IPCC). But over the past two years many scientists have said the report underestimated the threat posed by rising water levels.

Mark Siddall from Britain's University of Bristol along with other colleagues from Switzerland and the United States last week released a study showing that sea levels could go up between seven and 82 centimeters by the end of the century.

The team simulated sea-level fluctuations in response to climate change over various interglacial periods spanning 22,000 years. While the study's estimates are less that the two-meter increase other researches have predicted, Siddall said even a slight increase in levels could seriously affect low-lying areas. 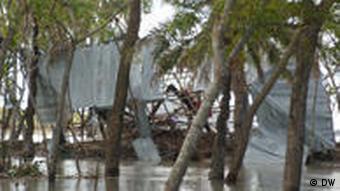 "Even a 10 centimeter rise in an area such as Bangladesh could be catastrophic," he said. "And we're looking at many 10s of centimeters of change. This means that floods which might have only affected areas once every 10 years or so might affect them much more regularly."

A number of factors will go into determining how high sea levels rise and what parts of the world are most affected, Siddall added. Increased greenhouse gas emissions are making ocean water warmer, causing them to expand in volume as they trap heat. The ocean's complex dynamics mean changes in sea level patterns will not the same across the globe.

"In the Southern Ocean there tends to be a zone that cuts through the southern part of Australia to just south of South Africa, and into the Atlantic. This is a key area, where sea levels are rising faster relative to other areas," said Nathan Bindoff, a professor at the University of Tasmania, Australia, and the lead coordinating author for oceans in the 2007 IPCC report. 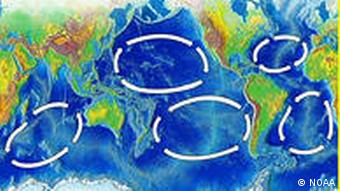 Another important factor in explaining the uneven rise of sea levels is the so-called Coriolis Force exerted by the spinning of the Earth. The planet's rotation affects ocean currents and atmospheric winds, causing water to pool along subtropical bands, causing what are known as gyres.

The heat-induced expansion of water can cause the subtropical gyres to rise, increasing ocean circulation around them. The areas around the major gyres are likely to see higher sea level rises than other parts of the oceans.

Warmer ocean temperatures also cause the melting of continental ice sheets like in the Antarctic. The free-floating shelves of ice hanging over the edge of the ice sheets are becoming thinner as they come into contact with warmer water at the base of the shelves, Bindoff said.

"The ice shelves play an important role against the flow of the grounded ice behind, which we call the ice sheet itself," he said. "That ice sheet's flow accelerates when you thin the ice shelves."

While there is still speculation about how much the sea levels will rise in different parts of the world, Siddall and Bindoff agree a reduction in carbon emissions is necessary.

"The only way to address the situation fully is to put strong caps on greenhouse gas emissions and find ways to remove the carbon dioxide from the atmosphere," Siddall said.

Wealthy countries should spend more on poor nations to prove their good faith in upcoming climate talks, according to a draft European Union report. This comes as negotiations appear to be deadlocked over costs. (28.07.2009)

Follow DW's Ice Blog on a visit to Greenland's interior ice sheet and coastal glaciers. Hear from scientists monitoring climate change, its effects and implications for the entire world.