Scientists divided over US study linking cellphones to cancer

US researchers' claim to a link between radiation from wireless devices and rats has been met with skepticism by fellow researchers. Preliminary findings found heightened tumors in rats exposed to cellphone radiation. 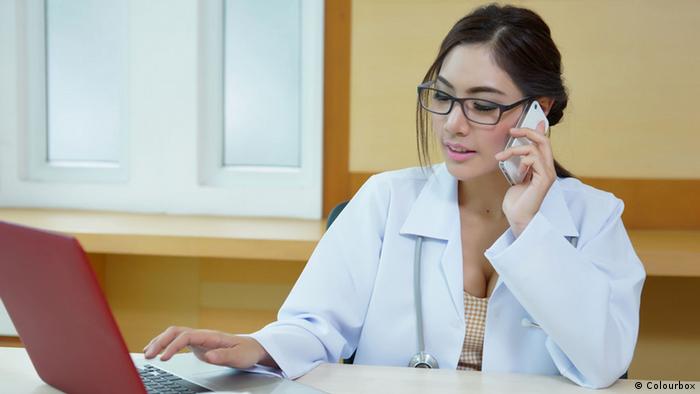 The question whether cellphone use poses a health hazard isn't likely to be resolved any time soon despite preliminary data from a seven-year $25 million (22.5 million euro) study by the US National Toxicology Program that suggests a link between exposure to cellphones and tumors in lab rats.

"This is the first study to actually show that non-ionizing radiation (causes) cancer," said Dr. Otis Brawley, the American Cancer Society's chief medical officer. The cancer society in a statement praised the study for "evidence that cellphone signals could potentially impact human health," but notes that it doesn't sufficiently address real risk to humans.

Technicians from the National Institutes of Health study bombarded rats with cellphone radiation from the womb through the first two years of life for nine hours a day. It found tumors in 2 to 3 percent of male rats, which the study's authors called low.

But females weren't affected at all and, bizarrely, the rodents not exposed to the cellphone radiation died much faster - at double the rate - of those that did have the exposure.

These strange findings have led others to question the study's conclusions. They have pointed to other odd factors, noting that rats in the group that weren't exposed to the radiation did not contract what would be the normal number of brain tumors for that population.

"I am unable to accept the authors' conclusions," wrote outside reviewer Dr. Michael Lauer, deputy director of NIH's office of extramural research. "I suspect that this experiment is substantially underpowered and that the few positive results found reflect false positive findings."

A working group of the International Agency for Research on Cancer reported in 2011 that cellphones are possibly carcinogenic. That same year the Council of Europe recommended limiting wireless internet and cellphones in schools.

Yet numerous studies over the years, before and after that listing, have found little evidence of a risk. Among the largest, a survey of 13,000 people in 13 countries found little or no risk of brain tumors, with a possible link in the heaviest users that the study's authors found inconclusive.

Still, the Federal Communications Commission which monitors radio transmissions in the United States, said in a statement that it was monitoring the research.

"Scientific evidence always informs FCC rules on this matter," the FCC said. "We will continue to follow all recommendations from federal health and safety experts."

More results of the study - including the effect of cellphone radiation on mice - will be released later in upcoming publications.