According to some, violent computer games are the scourge of society, the corrupters of the young and should be banned. But scientists are less than convinced and want more research done before passing judgement. 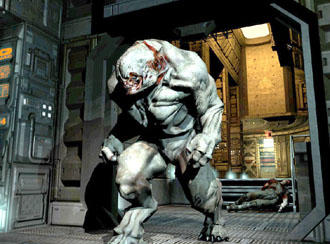 The games "Doom" and "Counter Strike" are the biggest names in a debate that has been raging ever since the simplicity of the "Pong" tennis game made way for gory shoot-'em-ups. It is debate that has also stirred experts at the "Clash of Realities" international computer game conference in Cologne, which ends Friday.

Do violent computer games really turn players into gun-toting maniacs? Critics say the evidence is overwhelming. One quoted example in Germany stands out above all others. The school massacre in Erfurt in 2002 was blamed on the shooter's passionate addiction to the military assassin game "Counter Strike."

However, researchers into the debated phenomena believe that it would take a long period of playing violent video games before it had any effect on a person’s psyche of personality.

"Of course it is easy to make connections between a person running amok and their regular playing of so-called 'killer' games," said Tilo Hartmann, a researcher at the University of Southern California. Hartmann is skeptical about whether there is actual substance behind these connections.

Aggressiveness does increase but marginally in a short time

Studies into the effect of video games has shown that there is a minimal increase in aggressiveness and hostile behavior after a period of about 20 to 30 minutes of playing but researchers say that watching violent movies possibly have more of an impact. 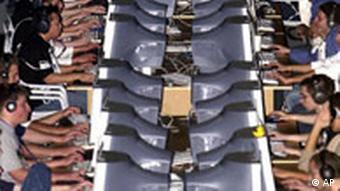 What is missing, Hartmann said, is hard scientific data on the longer effects of playing violent games as a lab test of over 45 minutes under scientific conditions is very costly. A study which would produce the necessary results would last three to four years. Currently the longest study in Germany lasted only one year.

Hartmann also said he believes that scientific testing must be backed up with a psychological profile of the player.

"It would be absolutely stupid to suppose that computer games alone cause outbreaks of aggression," he said. "One must always question what happens in the person's life and what other media they have access to."

It is a popular belief amongst researchers that players who exhibit violent behavior already have that potential in their personality. 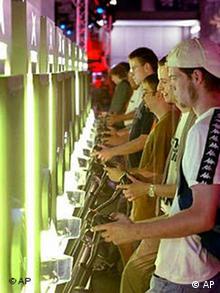 Fragile personalities are most at risk

"There are certain risk groups, for example children from broken homes," he said. "Or players who are repeatedly confronted with violence. The behavior has a very complicated effect structure, and we are now only beginning to scratch the surface. We must find out even more and then start going into depth."

According to Christoph Klimmt, a scientist at the Institute of Journalism and Communications Research at Hanover's College for Music and Theater, computer games can also have positive effects.

At the moment, he investigates how games release the sense of fun in a player.

"If a player has mastered, for example, an episode in the game successfully, that increases his self-esteem," he said. "It is great fun to cause dependable and repeatable reactions with certain mouse clicks or keyboard orders" in contrast to the real world where such actions do not generate the same emotions.

Of course, failures in the game can also release the opposite emotions such as annoyance.

"However, as a rule the manufacturers of the game insert more attainable goals than insoluble tasks," Klimmt said.

Blurring of reality and fantasy not credible, say scientists 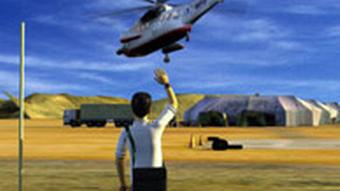 Despite advanced graphics, people still know it's a game

The perceived danger that the distinction between reality and the gaming world can become blurred as technology makes virtual environments more lifelike is one not held by most scientists.

"Of course, there are many factors which work subliminal on the players and influence them unconsciously," Klimmt said. "But not everyone who plays a 'killer' game would be able to stand the stress of a real murder. Computer players have a distinctive reality management and know exactly what is reality and what is play."

New studies by researchers at Berlin's Charité hospital have found that computer games can lead to addiction, similar in structure to problems with alcohol or cannabis. (Nov. 11, 2005)

It's a given that plenty of people will find source for complaint in the new government's plans for the coming four years. Computer games enthusiasts could be among those doing the moaning. (Nov. 15, 2005)

The FIFA Twins: Stars on the Virtual Pitch

Germany is already world champion on the virtual pitch, with Daniel and Dennis Schellhase, the most famous e-sportsmen in the country. But is video gaming a sport? (Jan. 25, 2006)