Schneider-Deters: Accord ′mere stalling tactics′ | Europe| News and current affairs from around the continent | DW | 22.02.2014

The Ukrainian government and opposition has agreed (21.02.2014) on a timetable to end the crisis. But Ukraine expert Winfried Schneider-Deters, who's spent a lot of time on the Maidan, doesn't think it'll bring peace. 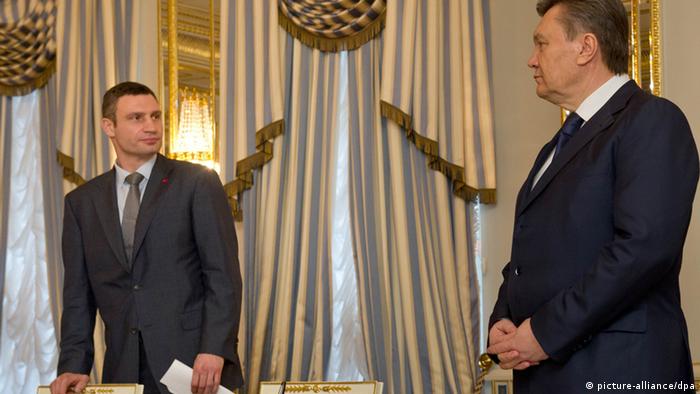 DW: After lengthy negotiations a compromise has been reached. It includes constitutional reforms and early elections. What do you think about the agreement?

Winfried Schneider-Deters: I'm not convinced. It's mere stalling tactics. There has to be a decision now - namely, the one people on the Euromaidan are demanding: Yanukovych has to resign.

I'm surprised by the decision of the Council of Maidan, because until now it was very close to the people in the square. When I heard the news, I was astonished.

How do you explain this decision?

Maybe they were tired after three months of protesting. Maybe the high number of casualties is sapping their energy. I have no explanation for it. 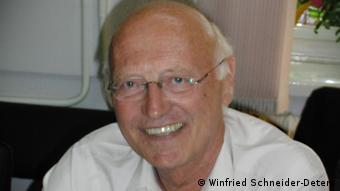 Do you think that the thousands of protesters will stay on the Maidan until Yanukovych resigns?

I don't think they will leave the Maidan. The regime, President Yanukovych and the people around him also won't give in. They will - and they have a lot of practice - continue to stall, to fool and to lead everybody on: the people, the opposition and the Europeans.

Did the EU's decision to impose sanctions on Ukraine help to ready Yanukovych for a compromise?

I don't think so. It should have also happened much earlier. A few days ago, Vitali Klitschko and Arseniy Yatsenyuk visited Chancellor Angela Merkel. She rejected sanctions. She said that the situation had to get worse first - and then it did..

You talk about Klitschko and Yatsenyuk. How popular are they among the people on the Maidan?

There have been days when they were booed. That hasn't happened recently. But you can't say that they are popular. Maybe the people realize that it won't work without politicians, but trusted they are not.

How great is the risk that Ukraine will split?

It could temporarily lead to an actual split, but if Yanukovych wins this confrontation, Ukraine won't split. Yanukovych wants to stay president of the whole of Ukraine, even if he now isn't much more than a governor of little Russia by the grace of Putin. 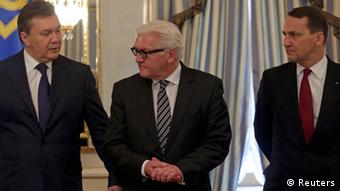 The foreign ministers of Germany, France and poland brokered the peace accord

Vladimir Lukin, who was part of the negotiations on Russia's behalf, hasn't yet signed the agreement. How do you see Russia's role in the conflict?

But many observers say that the crisis can't be solved without bloodshed if Russia is not part of a deal.

I think the opposite is true. Russia must go. Russia doesn't want a solution. Russia wants it all, and tells Yanukovych what to do: Hold out and wait until the opposition falls back into its old rivalries, so that, in the meantime, the troops can be reorganized.

You are on the Maidan almost every day. What has impressed you the most?

The courage and the bravery of the people fighting against the criminal 'Berkut', and who, that aside, seem very generous. They took many people captive - some of the interior ministry's troops surrendered - and they have been treated very generously.

In your opinion, how will the situation progress?

In all probability, the violence won't stop in the next days and weeks.

Winfried Schneider-Deters is a political commentator. He used to work for the Friedrich Ebert Foundation, which is affiliated with Germany's Social Democratic Party (SPD), and was director of íts Kyiv office.

Most Western politicians in Viktor Yanukovych’s position would have long resigned. But the Ukrainian president has no such intention. A review of the past four years explains why. (21.02.2014)

US lets EU take center stage on Ukraine peace accord

In allowing the EU to mediate Ukraine's peace accord, the US achieved its objectives and lightened its own burden. Whether it can stay in the shadows depends on the likelihood of a Ukrainian financial crisis. (21.02.2014)

As Ukrainian President Viktor Yanukovych agrees to hold early elections, the Russian media paint a grim picture Ukraine as a nation that has lost trust in all authority and is steadily slipping into chaos and civil war. (21.02.2014)

Caught up in Kyiv's violence