Schalke's relegation shook the foundations of an institution of German football. The full extent of the damage is still being determined as they embark on their first Bundesliga 2 campaign in 30 years. Schalke's downfall last season made for difficult viewing. The ego of one man and the poor decisions of the few in power ultimately broke the hearts of many, and the full extent of the damage is still yet to be determined.

Now in the acceptance phase of the five stages of grief, the Royal Blues are coming to terms with their new reality as a Bundesliga 2 side following the club's first relegation since 1988. Back then it took three seasons for the Royal Blues to reclaim top-tier status and the road to recovery promises to be even more arduous in the modern age.

Warnings to be heeded

Schalke are one of four Bundesliga founding members, who this season will ply their trade in a second tier littered with the cautionary tales of mismanaged Traditionsvereine.

No story is more high-profile than that of Hamburg, the former Bundesliga ever-presents, who have missed out on promotion in three successive seasons since suffering their first-ever relegation in 2018.

"We have to prepare ourselves for a league in which the games against us will probably be the highlight for many clubs," admitted Schalke head coach Dimitrios Grammozis, who has been admirably unflinching in the face of unprecedented challenges since taking over in March 2021. 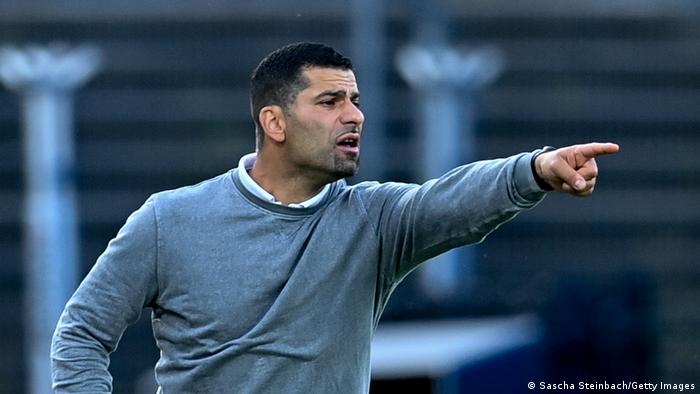 "HSV, who have held this role recently, have played against these clubs a few times now. Schalke, on the other hand, are uncharted territory for some or long-forgotten foes for others," he said. "That's why we'll have to take on a different role."

It seems only fitting then that Hamburg should be the gatekeepers to welcome Schalke back to life in Bundesliga 2 when the teams raise the curtain on the 2021-22 campaign at the Veltins Arena on Friday.

While Grammozis' focus is matters on the pitch, a lot of legwork has been done off the pitch to try and rectify the poor decisions that led to Schalke's demise.

There were eye-watering contract clauses, such as that of Matija Nastasic, who reportedly earns €30,000 ($35,300) for every league point Schalke win, or that of former head coach Domenico Tedesco. The orchestrator of the Royal Blues' second-place finish in 2018, is still receiving compensation payouts that have doubled from €500,000 to €1 million due to the fact he's out of a job at present. That's equivalent of a decent second-tier transfer fee.

These are just examples of the mismanagement that the new triumvirate of chief executive Peter Knäbel, chief financial officer Christina Rühl-Hamers and sporting director Rouven Schröder are trying to recover from in the midst of the club's biggest financial crisis. 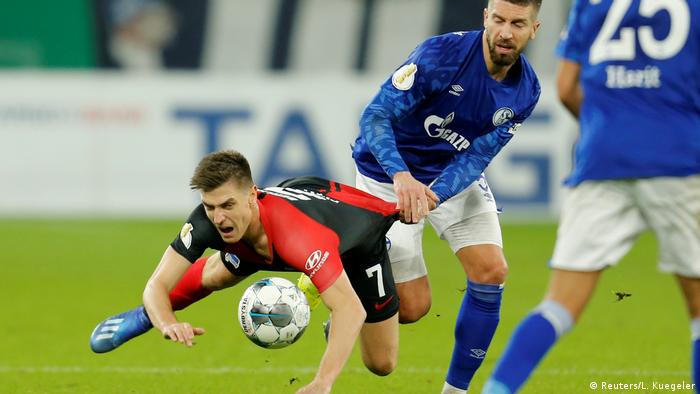 "The structure of our club was geared towards international football," Rühl-Hamers said in an interview with SportBILD. "We're now having to adapt our expenditure to better fit our income. It's an ongoing process that doesn't happen overnight."

With debt in excess of €200 million ($235 million) and a wage bill that had to be more than halved for life in the second tier, on September 15 the club must prove their financial viability to the German Football League (DFL) or face a six-point deduction.

"We're in constant contact with the DFL, there are regular conference calls — these are normal processes at this time of year," Rühl-Hamers said. "We're notifying the DFL of everything which has substantial financial ramifications. As of today though, I can say that we will be able to meet the requirements on September 15. We will avoid a point deduction."

A major factor has been the work of Schröder, who has produced some masterstrokes in the transfer market, working within tight constraints all while slashing Schalke's wage bill from a reported €80 million to just €22 million.

Big-money contracts have been cleared off the books, while some of the most prudent arrivals in years show that Schalke haven't hit rock bottom. Recruiting the likes of Danny Latza from Mainz, Union Berlin’s Marius Bülter and Bundesliga 2's third-highest goal scorer of all time, Simon Terrode, proves that "Schalke are still a magnet for players even in the second tier," according to Grammozis.

Restoring faith in the Ruhrpott

In their final friendly of an unbeaten preseason, Schalke played host to UEFA Europa Conference League qualifiers Vitesse Arnhem at the hallowed Parkstadion — their former stadium, which was once graced by honorary club member Pope John Paul II and now hosts their reserve and youth teams.

The Royal Blues are a religion unto their own on the blue side of the Ruhrpott region, and the atmosphere among the 1,000 fans in attendance last Friday underlined how deeply their faith had been rocked by the worst Bundesliga season in club history. This was their first look at a new lineup, which featured eight summer signings, unburdened by the unsavory scenes from last season.

"We can't remove the stain of last season, but there's a freshness to this team which we're hoping can help," season-ticket holder Daniel told DW. He was in attendance with friends Lars and "Schumi,"

"The result today isn't as important as being back here for the first time together since all the corona craziness," he said.

The encounter ended in a 3-2 win for Schalke.

"We all know about the troubles of Hamburg, but we're not Hamburg," Daniel concluded. "Yes, there are fans who haven't removed the clouds from their heads yet, but here we say 'Glück Auf!' and there are many who now believe in 'Glück Aufstieg' (promotion) because of the positive steps in the summer."

The visit of Hamburg this coming Friday will be the first real litmus test for a side still recovering from trauma. The hopes are though, that Schalke's darkest days are behind them.